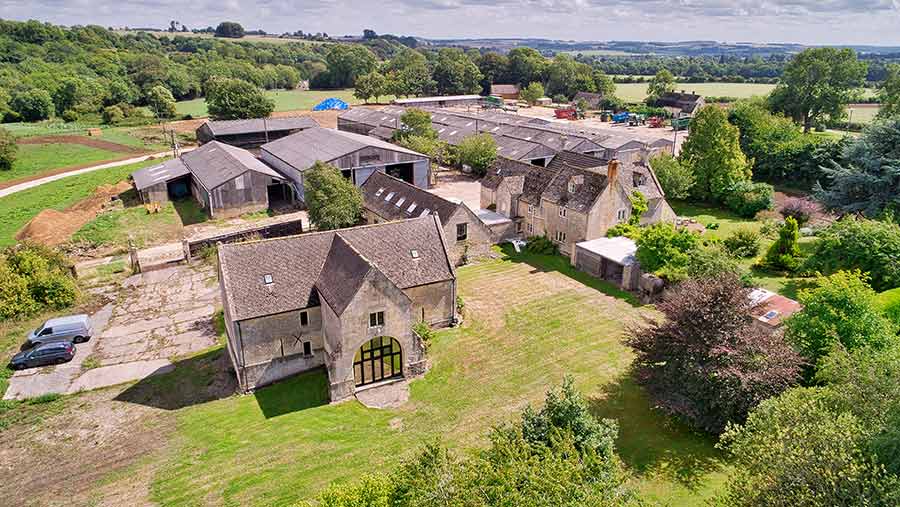 Landowners who have a listed farmhouse on their property should consider seeking professional advice before modifying nearby old farm buildings, to avoid breaking the law.

Farm buildings that pre-date July 1948 may be subject to the same rules and regulations that govern the modification of listed buildings, meaning owners require consent from their local planning authority before modification.

These are referred to as “curtilage listed”, which simply means that they are within the vicinity of the listed building.

Failure to seek formal approval from the local planning authority before maintaining or altering them is a criminal offence, and it is also illegal to allow their condition to deteriorate into a state of disrepair.

The maximum penalty for carrying out illegal works or causing them to be carried out (for example, by instructing a builder) is two years’ imprisonment or an unlimited fine.

If either is refused then the project cannot proceed until another application is made that addresses the concerns of the planning officer.

Which buildings fall under the criteria?

He says that as a rule of thumb, it is likely that buildings within 50m of a listed farmhouse will be affected, but as it is decided on a case-by-case basis it is vital to clarify the status of the buildings before proceeding with a project.

Finding that adjacent buildings are subject to additional restrictions will cause many landowners some dismay, particularly when they are looking to make significant farmyard changes as part of a modernisation or diversification programme.

But Mr Jones-Davies says planning authorities are not blind to this difficulty and acknowledge that maintaining such buildings can often cost significant sums of money.

If landowners can come up with a credible business proposal that preserves the features that are of interest, planning officers are likely to be open-minded about sympathetic modifications.

For example, if the features that need to be preserved are mostly external, they may be amenable to sensitive changes being made to the interior of the building, including a change of use.

This will be particularly likely if it can be demonstrated that the changes will unlock a new income stream, such as a diversification, which will provide the funds required to keep the building in a good state of repair (see below).

What is the law that applies?

Section 1(5) of the Planning (Listed Buildings and Conservation Areas) Act 1990 states that any listed building also includes any ancillary object or structure within the curtilage of the buildings, which forms part of the land and has done so since before 1 July 1948.

As complying with listed building regulations often adds costs to building projects, and the law is deliberately vague on what the curtilage definition is, the matter has come frequently before the courts as applicants have sought to have listings overturned.

There is therefore a significant body of case law on the subject, which has generated three key factors that are taken into account when assessing if a building is curtilage listed:

A further summary of the legal position on curtilage can be found on the Historic England website.

Where to find out more

Historic England  is the body that keeps records of listed buildings in England and to which applications must be made to add or remove buildings from the list.

Similar organisations exist in each of the devolved regions and a search of their databases can be made to find out the listed buildings in your area in England, Wales, Scotland and Northern Ireland

With their son Henry and his wife Jo, they had been uprooted from their former farm near Lichfield, in Staffordshire, as the HS2 train line will go straight through their farmyard. 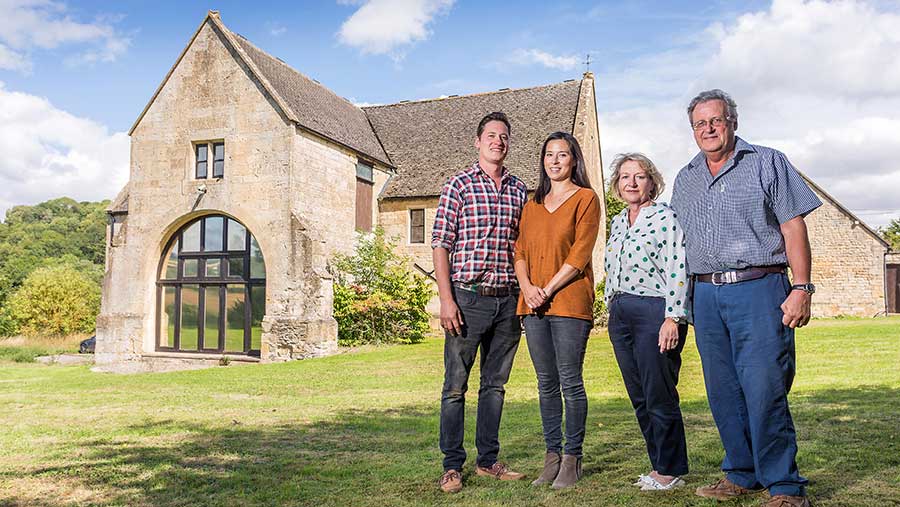 The 2011 Farmers Weekly Diversification Farmers of the Year decided to turn the costly upkeep of the buildings into an opportunity by making them the centrepiece of a fresh diversification scheme.

They had initially set out to replicate the years of experience they had in running an on-farm wedding venue at their previous farm, but local opposition to the perceived increase in traffic prompted a rethink.

Instead they have now received approval for a 10-bedroom self-catering accommodation venue, which will be aimed at large family getaways.

To make their destination extra attractive they will be building a swimming pool complex and stabling.

A proportion of the accommodation will be in the traditional barn, which had previously been unsympathetically converted into a three-storey office before before being listed in the 1980s.

Aided by Rural Solutions, they put together a proposal that highlighted the additional cashflow the diversification would generate for the farming business, and enable a significant investment in the restoration of the listed and curtilage listed buildings.

Finding the resources to maintain the buildings would have been much more difficult had planning authorities insisted that no modification was allowed, said John Barnes, forcing them to be left in their existing, uneconomical state.

However, Rob Jones-Davies warns that the changes will have to preserve the features the building is notable for, and planning officers will have clear “red lines”.

He says the Barnes family were fortunate that the previous conversion to the barn had been unsympathetic and therefore planners were willing to look kindly on changes that would improve its standing.

Given that they were putting an offer on the table that would improve the listed buildings, it also improved the chances of the whole project, including new buildings, gaining approval, Mr Jones-Davies says.