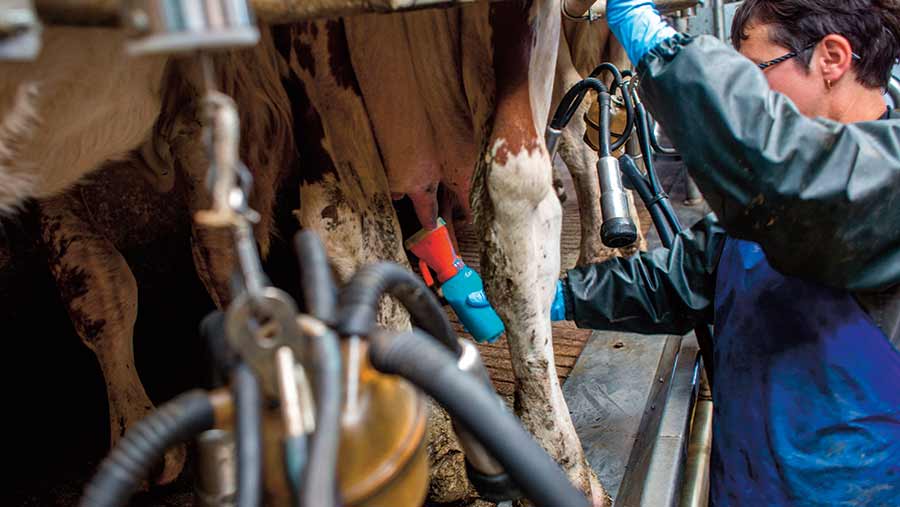 Farmers with staff from other EU countries are wondering where they will be left once the UK gives up its membership.

A system allowing seasonal workers to come to the UK will be crucial, but just as important will be the rights of permanent, non-UK staff to remain, many of whom are critical to individual farming businesses.

About 65% of the 34,500 non-seasonal, non-UK-born workers employed in agriculture in 2014 were from the EU, according to the Office for National Statistics.

See also: Why the Norway model isn’t a quick fix for UK farming

Although it is almost incomprehensible that the three million EU nationals living and working in the UK would suddenly be kicked out, Theresa May has so far refused to guarantee their right to stay.

Mrs May is perhaps just storing up her bargaining chips ahead of negotiations. But until those proceedings take place, farmers and their foreign workers may like to consider their options in the event of limits on the free movement of people.

Nothing has changed at present, says Maz Dannourah, associate at Roythornes solicitors, and employers should abide by the same obligations as before the referendum.

But running a risk assessment on a farming business would be a good idea, he says.

“Look at your labour requirements, where your workers are from and what would be the effect if they had to apply for a visa,” says Mr Dannourah.

Be aware, however, that any action to reduce access to work – such as actively choosing to recruit, promote or make workers redundant based on nationality – could fall foul of unlawful discrimination rules, adds Audrey Elliot, partner at employment law specialist Eversheds International.

All offer letters and employment contracts can, however, contain “right to work” clauses, she says. This will support a a basis for contractual change if needed in the future, depending on what happens after Brexit.

In the absence of further information in the meantime, there are a number of additional precautionary steps employers could consider that will also help reassure staff, says Ms Elliot.

Securing the right to remain

If employers and their foreign workers want to increase the likelihood of securing their right to stay in the UK, there are three main options to consider applying for, says Tony Hadden, head of employment at Brodies solicitors.

These are: residency, British citizenship or an EEA registration card.

An EEA registration certificate or residence card may help add weight to a future application to remain in the UK. The card is normally used by citizens of countries that are not EU members, but which are in the EEA, to prove they have a legal right to be in the UK.

All EU members are automatically part of the EEA, so there is no reason citizens from, say, Poland and Romania, couldn’t apply for a registration card, which might help if the UK stays in the EEA but leaves the EU.

Under current rules, individuals from EEA countries automatically qualify for permanent residency status after either working, studying, actively seeking work or being self-sufficient in the UK for five years continuously.

You have to apply for a residency card before applying for citizenship.

The government could change the rules on residency rights, says Mr Hadden. However, the application only costs £65, so it might be worth applying anyway.

This is the only way to guarantee the right to remain in the UK, but it’s a much bigger deal to consider, says Mr Hadden.

To qualify, EU nationals must have been in the UK for no less than five years, plus another 12 months after having gained a residency card.

They must intend to continue living in the UK, pass an English test, swear an oath, know about the UK’s values and take part in a ceremony. Fees are more than £1,000.

One issue to consider, says Mr Hadden, is that some countries expect their citizens to give up their natural citizenship – as they do not recognise dual nationality.

Whatever changes to immigration status are finally decided, employers and their workers will be given plenty of notice, the Home Office has assured. Until then, farmers will want to be as prepared as possible to meet those challenges.