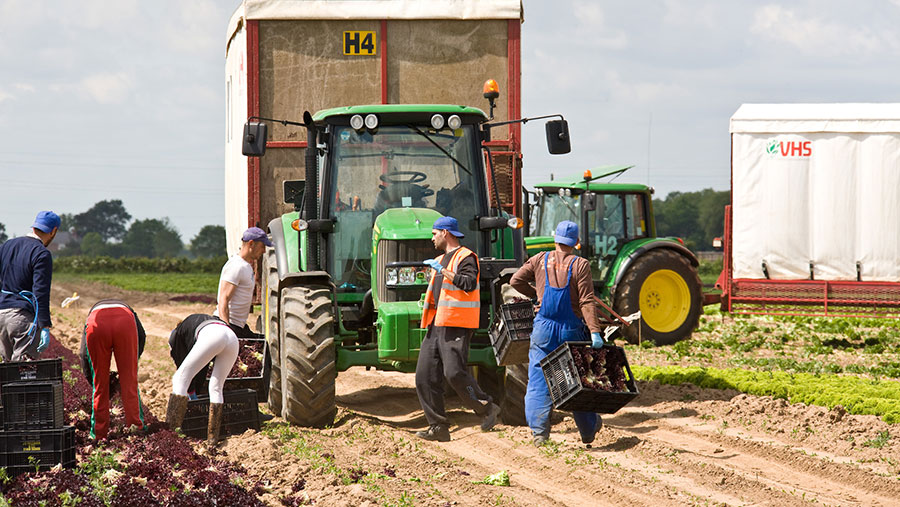 Some critical workers are to be exempt from self-isolation requirements for work purposes, including certain workers in food production.

In a statement on Monday (19 July), prime minister Boris Johnson said: “A very small number of named, fully vaccinated, critical workers are able to leave their isolation solely for work.”

However, clarity is still needed on which agricultural job roles are included under the umbrella of food production

During this week’s prime minister’s questions (PMQs), the leader of the opposition, Sir Keir Starmer, asked for clarity on which workers from which businesses will be exempt from isolating before 16 August.

However, the response from government was minimal and unclear.

From 16 August, the UK is set to move towards a system of contact testing rather than contact isolating.

The Cabinet Office has said “This is a short-term measure before the exemption for fully vaccinated contacts is introduced on 16 August.

“It is highly limited and focused to prevent public harm from disruption to critical services.

“It will only apply to named individuals from a specific set of organisations.

“Employers covered by this process will receive a letter from a government department setting out the designated critical workers and telling employers what steps they and those critical workers must follow.”