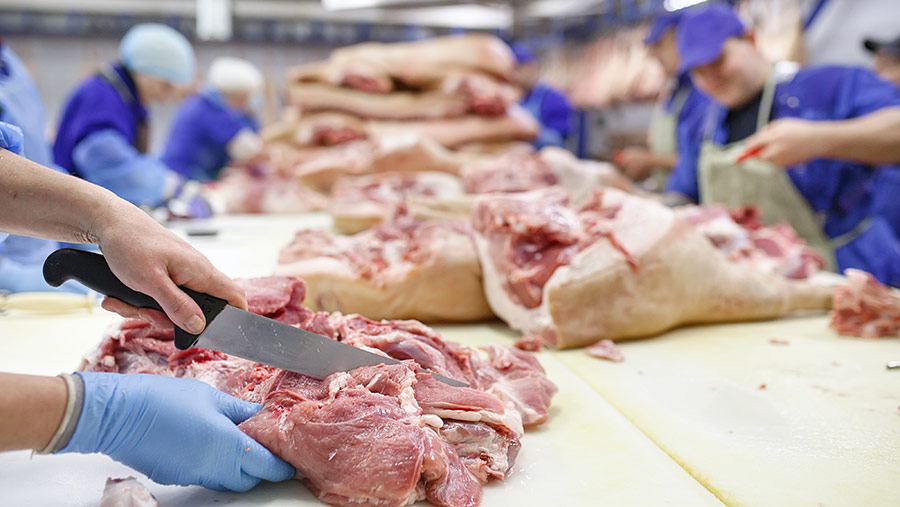 An estimated 5-10% of workers at some meat processing sites are having to self-isolate after being notified by the NHS Covid-19 app, according to the British Meat Processors Association (BMPA).

A recent industry survey suggested that the meat processing sector was already suffering an 11% labour shortfall and these new temporary shortages are exacerbating this further.

Nick Allen, chief executive at BMPA, said: “Companies are having to simplify down their range of products to compensate for key skills being removed from their production lines.

“If the UK workforce situation deteriorates further, companies will be forced to start shutting down production lines all together.”

Mr Allen believes the most immediate challenge is getting clarification from government on issues concerning rules for self-isolation and employment. There is currently limited guidance on employee contracts and the use of statutory sick pay for self-isolation.

There has been calls from industry bodies for both butchers and HGV drivers to be added to the government’s shortage occupation list. This would enable these employees to be recruited from abroad on a skilled worker visa and help overcome some of these immediate labour shortages.

Despite these calls, the government has not added these job roles to the shortage occupations list at present.

Pilot schemes are now beginning to be introduced as a potential alternative to self-isolation, and they could potentially help to ease the burden of labour shortages if they are rolled out.