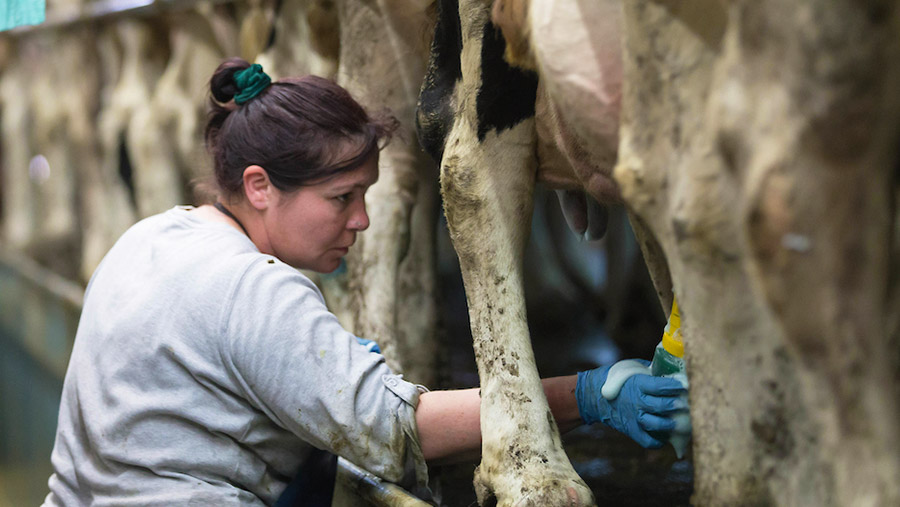 The move follows the government’s Migration Advisory Committee decision that dairy farmworkers should not be classified as highly skilled, so they are not regarded as a priority for immigration.

This means new British immigration rules, imposed on 1 January 2021, will make it difficult for dairy farms to employ foreign labour as farmworkers.

As a result, there is a very real threat of increasing problems when it comes to recruiting labour on dairy farms, according to the RABDF.

The organisation’s last labour survey in 2016 found that more than half (56%) of the respondents had faced difficulties in recruiting UK staff and had turned to foreign labour.

RABDF managing director Matt Knight said: “Sourcing quality labour on dairy farms has been and, I suspect, remains an issue for many dairy producers.

“The news that access to foreign labour will be limited from next year is an added blow.”

He added: This is why we need to understand the scale of the problem through the survey and to start looking for some short- and long-term solutions.

The 10-minute survey will be used to gauge the severity of the labour issue on UK dairy farms and will form the basis for finding solutions.

It can be accessed on the Survey Monkey website  and will close on 20 November 2020.

Farm owners and managers completing the survey will be entered into a prize draw to win £150 of Amazon vouchers.