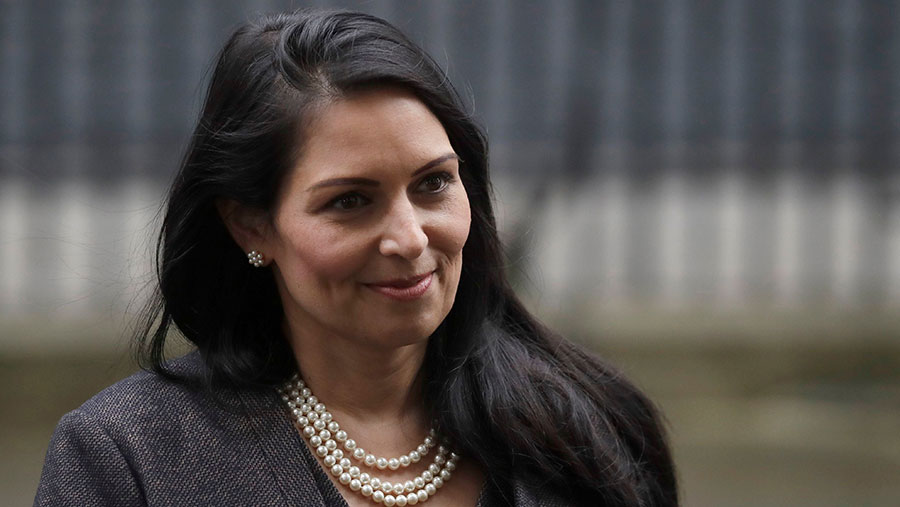 Government plans to control the availability of skilled and unskilled migrant labour have been met with concern and dismay by the food and farming sectors.

For skilled workers, home secretary Priti Patel has announced a new points-based immigration system, with visas limited to those who have the required skills, qualifications, job offers and salaries. The arrangement will apply to both EU and non-EU citizens.

For lower-skilled workers, Defra secretary George Eustice has confirmed that numbers of non-EU workers allowed in under the Seasonal Workers Pilot will be set at 10,000 in 2020 – a fourfold increase on the 2019 scheme, but well short of the 70,000 needed by the UK horticultural sector.

Under the scheme, farmers are allowed to hire non-EU workers for up to six months, using two approved operators – Concordia and Pro-Force.

“The farmers and growers I’ve spoken to have made a powerful case for needing more workers during the coming busy months,” said Mr Eustice.

“Expanding our Seasonal Workers Pilot will help our farms with the labour they need for this summer’s harvest, while allowing us to test our future approach further.”

“We have said repeatedly that for farm businesses it is about having the full range of skills needed – from pickers and packers to meat processors and vets – if we are to continue to deliver high-quality, affordable food for the public.

“Failure to provide an entry route for these jobs will severely affect the farming sector.”

The Association of Independent Meat Suppliers also accused the government of “a lack of understanding” of how things worked beyond the farmgate, in its quest to replace overseas workers with more permanent staff and greater automation.

“It is our view that migrant staff working in meat processing either arrive in the UK with the necessary skills, or are quickly trained to the required skill level and should not be classed as ‘low-skilled’,” said a statement.

“Our members invest huge amounts of money in training staff, both as a means to retention and to equip them with the very real skills required to put safe food on the nation’s tables.”

Despite the criticism, Defra insists that the Seasonal Workers Pilot is still a work in progress and final decisions have yet to be taken about the long-term policy for low-skilled workers in agriculture.

“The expansion will allow the government to keep testing how this pilot operates, while helping to ease some of the pressure felt on farms when they are at their busiest,” said a statement.

“Although the numbers are increasing based on the success of the pilot so far, it is not designed to meet the full labour needs of the horticultural sector.

“This workforce boost will complement the EU workers already travelling to the UK this year to provide seasonal labour on farms during the busy harvest months.”

Traditional Norfolk Poultry (TNP) is just one UK food and farming business that is highly dependent on migrant labour – both for production and for processing.

Based near Thetford, the company grows and processes free-range and organic chickens and turkeys to RSPCA Assured standards for a range of retail and food service customers.

“About 70% of our staff are from overseas and we need to source them year-round – not just seasonally,” said owner and director Mark Gorton.

“The government plans consider lower-paid workers to be unskilled – but that is not the case. In the factory they operate all manner of precision equipment and computer software. On the farm they are responsible for the life and welfare of the birds.

“Our workforce is very skilled, and we invest heavily in their training.”

Mr Gorton says TNP has seen the restrictions on migrant labour coming for some time, so has been trying to recruit more local English workers.

“But for every local applicant we get, there are 30-40 east Europeans applying for the same job.”

These are not necessarily minimum-wage jobs either. “About half our staff are on more than the minimum wage, though they are not on the £25,600 threshold needed to qualify for points [under the new immigration scheme],” he said.

Mr Gorton also doubts the potential for companies like his to increase levels of automation as a means of reducing dependence on migrant labour, as suggested by the Home Office.

“We are already investing, but there is only so much you can do – and any machines we do install still have to be operated by people. Also, there are no robots that can look after free-range chickens.”

Should the government persist with its approach to migrant labour, Mr Gorton says there will be economic consequences.

“Inevitably, people will have to pay more for their chicken, as our costs will increase. Either that, or we will end up importing more from other countries that can do it cheaper.”