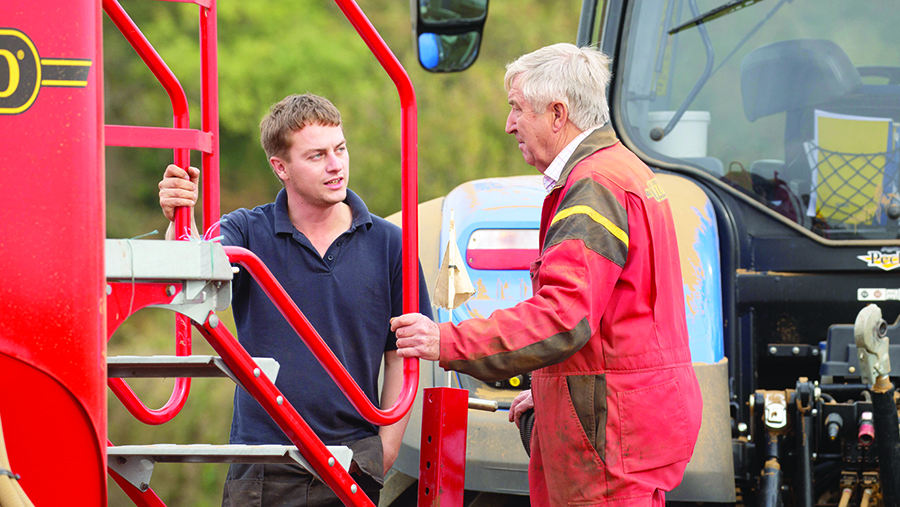 Focusing on promoting the positive impact agriculture can have on the environment may prove to be the key to attracting new talent into the farming industry.

New research by the RSA Food, Farming and Countryside Commission offers an interesting insight into how the industry might tackle the skills shortage it currently faces by examining what young people are looking for in a career.

It comes as a new survey by a firm of accountants based in Scotland reveals that recruitment is now a “major issue” in the farming community.

The survey, carried out by Johnston Carmichael, found that 70% of the 150 farmers and landowners it questioned had found it hard to find staff with the skills they require.

The farming industry faces a skills shortage across all sectors, but there is particular concern about the impact of Brexit on the availability of seasonal labour, which will be affected by changes to the rules on freedom of movement.

The RSA Commission spoke to more than 1,000 young people aged between 16 and 24 to get a sense of what they are looking for from their working lives and to see if there are aspects of working on the land that might be attractive to them.

The research found that most young people would be proud to work for a business that protects nature, helps to tackle climate change and helps people to live healthily.

According to the RSA Commission, these are all issues that are aligned with the new policy framework for agriculture, which places a much greater emphasis on environmental land management and the enhancement of natural capital.

More than 60% of respondents said they would also be willing to try work that they might not have considered before – suggesting that even people without any association with farming might consider a move into agriculture.

However, the campaign for better connectivity in rural areas needs to remain a priority, as fewer than 20% of respondents said they would be willing to live in an area with poor broadband.

When respondents were asked what were the most important factors in their working situation, the top three answers were job security, being well rewarded financially and having an employer who shows that they care for their staff.

While the agricultural industry has been under attack in recent months for the level of greenhouse gases emitted by the livestock sector, farm leaders are campaigning for agriculture to be seen as a key part of the solution to climate change.

The NFU points out that British agriculture is not just a source of greenhouses gases, but it is also a sink – and has set an ambitious target to make farming net zero-carbon by 2040.

It says there are opportunities to capture more carbon, by boosting bioenergy crops and land-based renewables.