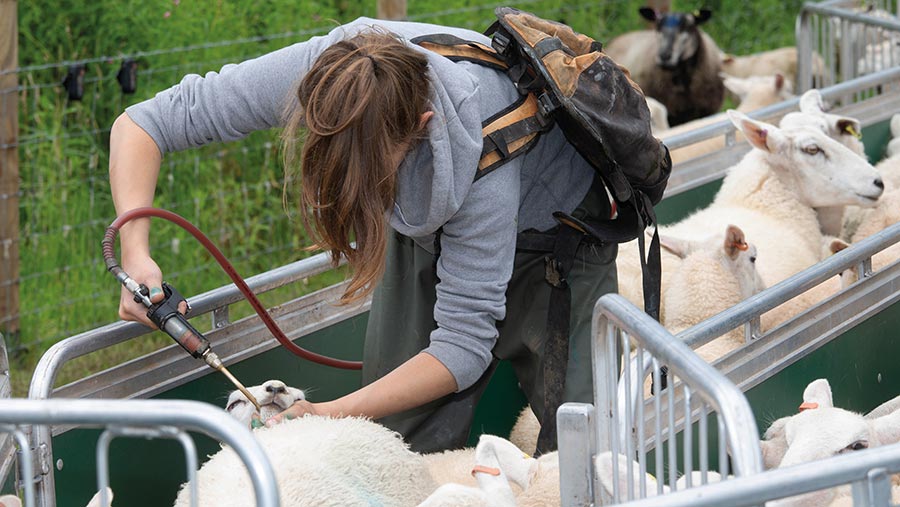 With factors such as the weather, commodity prices and the general public’s actions outside of the sector’s control, it is vital for farmers to achieve their very best when it comes to elements they can influence.

This is especially important when it comes to the issue of finding, managing and keeping skilled and efficient workers.

Having the wrong number of staff, losing key people to other businesses or becoming a complacent employer can all lead to wasting money, time and resources, and an unpleasant work environment.

Ian Powell, managing director of The Dairy Group, says dairy farmers in particular struggle to recruit due to the demanding hours and the challenge of finding workers with the wide range of skills needed.

It is important to make it clear to applicants what the role involves and, once they accept, to ensure a proper written contract of employment is provided to clarify what is required.

“The employer should check the CV, look at where the applicant has worked, get references and speak to the previous employer to find out about any issues they need to be aware of,” says Mr Powell.

“The person applying will want to do the same thing about the employer.”

Once a good worker has been found, retaining them is crucial, and this comes down to good people management and communication.

“As soon as you have staff, you have the management challenge of making sure it works well for both parties,” says Mr Powell.

“If you have had no training or experience of this, you’re possibly going to find it difficult, miss out key steps and cause some issues.”

He advises implementing a probation period of three to six months, with frequent one-on-one conversations, including feedback from both sides. This gives an opportunity for anything not going well to be recognised and rectified before it results in dissatisfaction.

The farmer should set out clear protocols for how tasks need to be carried out and review these systems regularly with the whole team to determine what could be made easier or more efficient.

Giving workers the opportunity to be involved and contribute helps them further engage with the business and what it is trying to achieve, says Mr Powell.

The danger of having a valuable, committed member of staff is taking advantage of them to the point where they feel underappreciated.

“Take them aside and check they are happy with their hours and their pay, and any work benefits such as a house,” he says.

“Take an interest in them as an individual and how they and their family fit into the community, and what they think about their work-life balance.

“Communication and understanding their motivation is key. Can you make their job or life easier?”

The only reason a worker should be considering leaving a job is for a career progression opportunity, says Mr Powell. Determine if this is important to them during the one-on-one reviews and discuss whether they can achieve this goal within the current business, rather than looking elsewhere.

After feed costs, labour is the most expensive part of running a dairy farm, according to The Dairy Group’s data.

Including family and employed labour, the target range for labour costs should be 4-6p/litre, says Mr Powell.

To work on controlling labour costs, look at a typical day during the winter and outline what tasks needs doing and who is doing them, and ask the team if there is a better way, he advises.

“One example is having two people in the milking parlour where you only need one,” he says.

“The main issue is how long is milking taking – you can’t have a person in the parlour for longer than three hours, so how can you make it faster?”

The ultimate answer is perhaps robotic milking, though this is a large expense and the perceived labour saving could be cancelled out by extra costs if the cows become fully housed, he says.

“Adding value, taking out costs and continuous improvement has to be the mindset,” says Mr Powell.

“You can’t do this just once. Sit down with the team once a year and reassess and see what you can tweak next.”

Another option is using contractors, especially when specialist machinery is needed, with the advantage that they should be clear on what needs doing and how much it will cost.

Sharing machinery with a neighbour on a verbal agreement can be more woolly, which can lead to dissatisfaction, so it is always best to agree terms and costs in advance and get it in writing to refer to at a later date, if necessary, Mr Powell advises.

The pool of applicants is shrinking and young people, in particular, are realising that other jobs’ hours, conditions and pay are more attractive.

“I know one farmer who is looking for a highly skilled spray and drill operator – which would usually pay £28,000-£35,000 – and offering the top amount, but he is still getting no takers,” says Mr Meadley.

Training up a young employee also brings challenges: it takes time, money and effort, often results in one or two accidents with expensive kit, and, once trained, they could get poached by another business, he says.

“Interestingly, some people no longer want a house on the farm and prefer a housing allowance for renting a property nearer to a town with better facilities for their families and a better work-life balance,” he says.

“Also make sure you have an idea what the market is paying, so you know you’re thereabouts and not massively behind – because people will talk in the pub.”

Keep staff excited about advances by engaging them with discussions about new kit and technology, and making sure they use the investments to their fullest capacity.

“I know one manager who told his employee if he looked after the tractor and kept the hours low, it would be worth more to trade in, and they could invest in a better model for him in the future,” says Mr Meadley.

“It’s all about good people management and communication, and getting staff fully on board.”

For arable farms, where the amount of work that needs doing changes dramatically depending on the time of year, businesses can at times find themselves overstaffed.

Consider if there is another enterprise that could be added to fill the gap, such as bed-and-breakfast pigs, contracting or growing and selling Christmas trees, says Mr Meadley. However, it is important not to fall into the trap of taking on more work purely to justify holding on to an extra employee.

“Think about what work needs doing and how many people are needed – what if you only need half a person?” says Mr Meadley. “An arable farmer and pig farmer who were neighbours needed one full-time employee between the two businesses, so they offered a role split between them, which worked well.”

If an employee is leaving or retiring, take time to think about the staff replacement plan and strategy, rather than just looking to replace like for like. “Often a worker will leave and they won’t be replaced, or they will be replaced by a part-time employee and the business just copes,” he says. “But if this is the case, make sure it is because the employee wasn’t really needed rather than it putting extra stress on the business.”

What about self-employed labour?

“In my experience, there is not as big a difference in the cost of employed and self-employed labour as you’d think,” he says.

“Regardless of employment type, it’s important to treat people in the same way in terms of communication, reviewing performance and getting them involved to make sure they feel part of the team.”

Self-employed labour is more flexible and means the farmer only has to pay for what they need, but the workers may not know the holding’s geography or systems and could be tied up with other jobs when they’re required, says Mr Meadley.

“The ideal scenario of a self-employed worker who is happy to move where he is needed throughout the year is becoming few and far between,” he says.

“Most people want more of the stability that comes from full-time employment, especially young people looking to get a mortgage.”