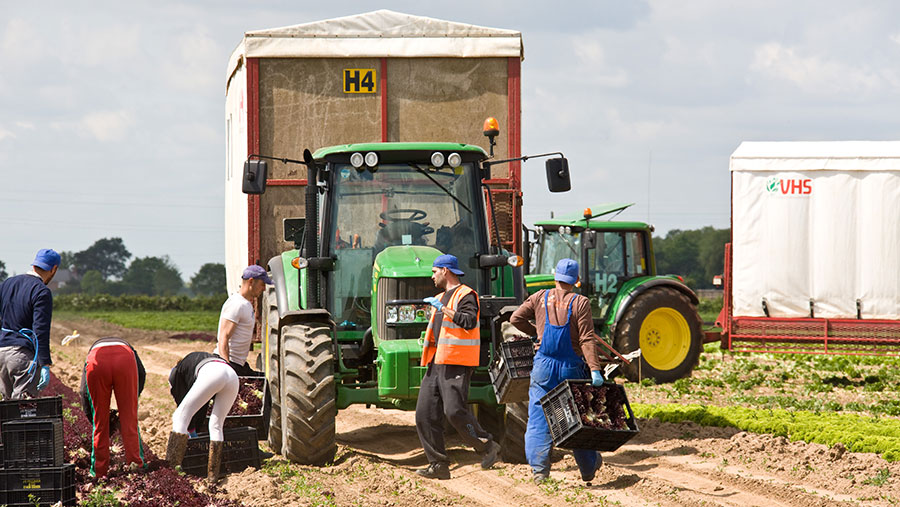 Defra secretary George Eustice has urged people furloughed because of coronavirus to help pick fruit and vegetables on UK farms.

Speaking from Downing Street during a televised briefing, Mr Eustice said only one-third of the seasonal workers needed from overseas had arrived in the UK.

The government has launched a “Pick for Britain” website to help recruit the estimated 80,0000 seasonal agricultural workers needed each year on farms.

“We're acutely aware that we're about to start the British season in fresh produce, in soft fruits and salads,” said Mr Eustice on Sunday (26 April).

The government was working with industry to identify an approach to encourage millions of furloughed workers  to consider a second job helping to get the harvest in, he said.

“It’s not an issue at the moment, since the harvest has barely begun, but we do anticipate there will be a need to recruit staff for those sectors in the month of June.”

Mr Eustice said he wanted to pay tribute to all those who are working throughout the food supply chain, from farmers and manufacturers to retailers.

He added: “The response of this industry to ensure we have the food we need has been truly phenomenal.”

Wrekin MP Mark Pritchard has suggested farm work could be undertaken by prisoners on early release – and those with community sentences or reaching the end of their sentences.

Mr Eustice said the panic-buying of food had now subsided and food availability was now back to normal levels and had been for several weeks.

“All supermarkets have introduced social-distancing measures to protect both their staff and their customers, and it is essential that shoppers respect these measures.

Staff absences in the food supply chain had significantly reduced over recent weeks as employees who had self-isolated with suspected coronavirus symptoms returned to work.

Absence levels were down from a peak of typically 20% in food businesses three weeks ago to less than 10% at the end of last week and – in some cases – as low as 6%.