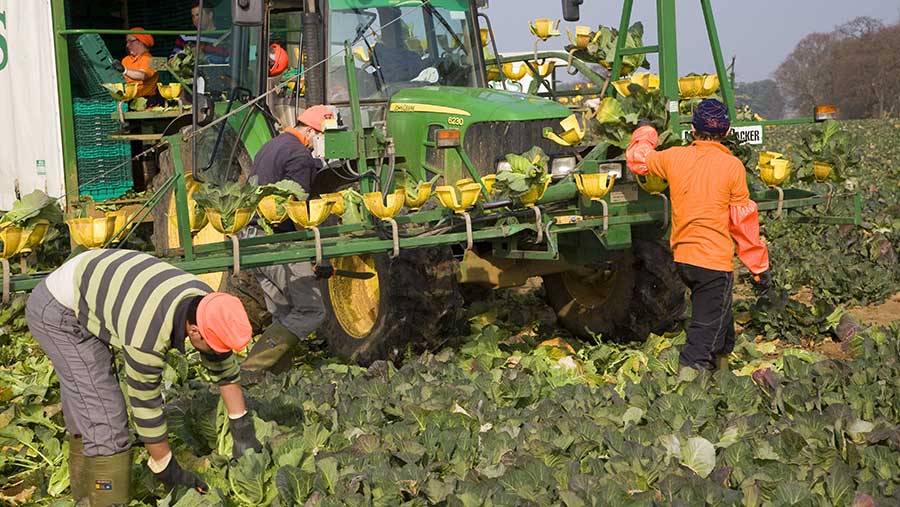 The number of workers permitted to travel to the UK to pick and package fruit and vegetables is to treble in 2021, as part of an expanded Seasonal Workers Scheme.

Launched as a two-year pilot in 2019, the scheme initially allowed for some 2,500 non-EU migrants to come and work on British farms for up to six months.

Operated by employment businesses Concordia (UK) and Pro-Force, the scheme was expanded to 10,000 temporary workers in 2020 which, combined with the government’s Pick for Britain initiative, went some way towards meeting the estimated 80,000 worker requirement.

But now the scheme is being expanded for an additional year, with 30,000 visas available for 2021.

Defra secretary George Eustice said: “The measures announced today will provide vital labour, both domestic and from abroad, to our farmers and growers to help gather the 2021 harvest to feed the nation.”

The expansion follows a long period of close working with the UK farm unions and the Association of Labour Providers, with a particular emphasis on the need for additional seasonal labour for Scotland’s soft fruit sector.

In addition, the government and industry will seek to build on this year’s Pick for Britain campaign, aiming to recruit and retain more domestic seasonal workers in 2021.

And Defra is to lead a review into automation in horticulture, to try to reduce the need for migrant workers.

NFU vice-president Tom Bradshaw described the expansion of the scheme as a “significant step forward”.

“By expanding the Seasonal Workers Pilot, the government is sending a clear message that it is important for Britain to be able to produce its own fruit and veg, which has huge potential for growth,” he said.

But he warned that it would not meet the sector’s entire seasonal workforce needs, even with an enhanced Pick for Britain campaign.

This year, Brits accounted for just 11% of the horticulture sector’s workforce, and a survey found that first-time UK workers stayed in the job for just for nine-and-a-half weeks on average, compared with 14 weeks for first-time non-UK workers, and 18 weeks for returnee non-UK workers.

Scotland’s rural economy secretary, Fergus Ewing, also criticised the temporary nature of the pilot scheme which, he said, did not meet Scotland’s needs.

“A temporary programme proposed by the UK government prohibits longer-term settlement of people working in key sectors,” he said.

“Scotland needs a tailored migration policy to meet the needs of employers and communities. Last-minute extensions of a pilot scheme is no substitute for a comprehensive migration plan.”