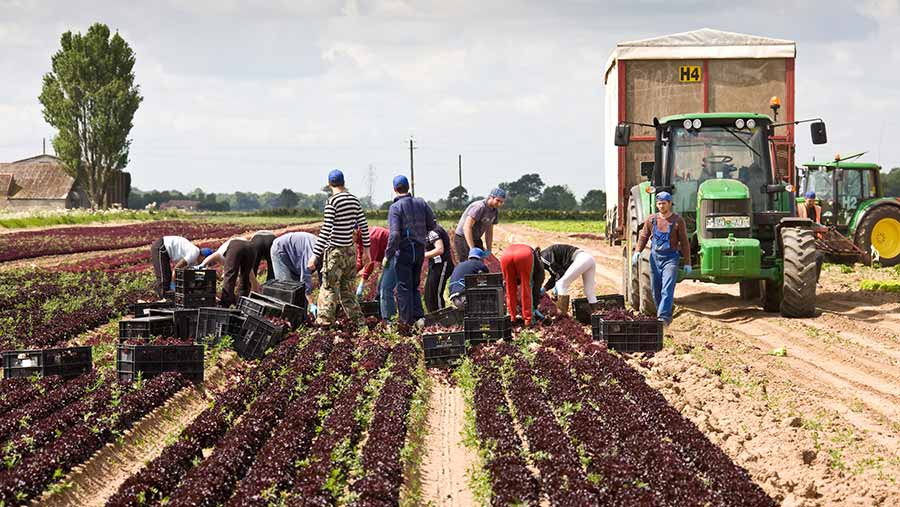 The Conservatives are promising farm business owners a fourfold expansion in the number of migrant farmworkers allowed into the UK from outside the EU in 2020.

Defra secretary Theresa Villiers said at the weekend that the number of non-EU migrant workers permitted to work in the Seasonal Agricultural Workers Scheme (SAWS) would increase from 2,500 to 10,000.

The announcement is an early election campaign pledge from the Tories, who say that prime minister Boris Johnson has signed off on the changes.

The main beneficiaries are likely to be fruit and vegetable growers. Other farming sectors that use migrant workers, such as dairy farms, tend to hire them on a full-time basis.

Between 70,000 and 80,000 migrant workers are required on UK farms each year, according to NFU estimates, with the majority of these coming from inside the EU.

If the UK leaves the EU on 31 January with a transition agreement in place, then EU citizens will be able to move to the UK to live and work until 31 December 2020 as they do now, but will need to apply for a UK immigration status afterwards.

Speaking to The Sunday Telegraph, Ms Villiers said: “The farming workforce is crucial to our economy and to the success of the food and farming sector – and the Conservatives recognise that.

“Our immigration system should reflect the needs of the farming sector, and expanding and continuing the seasonal workers scheme will be an important part of that.”

The scheme is currently in the first year of a two-year pilot phase that is set to end in December 2020.

The Labour Party has not made a specific announcement on the SAWS, but shadow foreign secretary Emily Thornberry pledged on Monday morning (11 November) that the party would implement managed migration for EU nationals in the event of Brexit taking place.