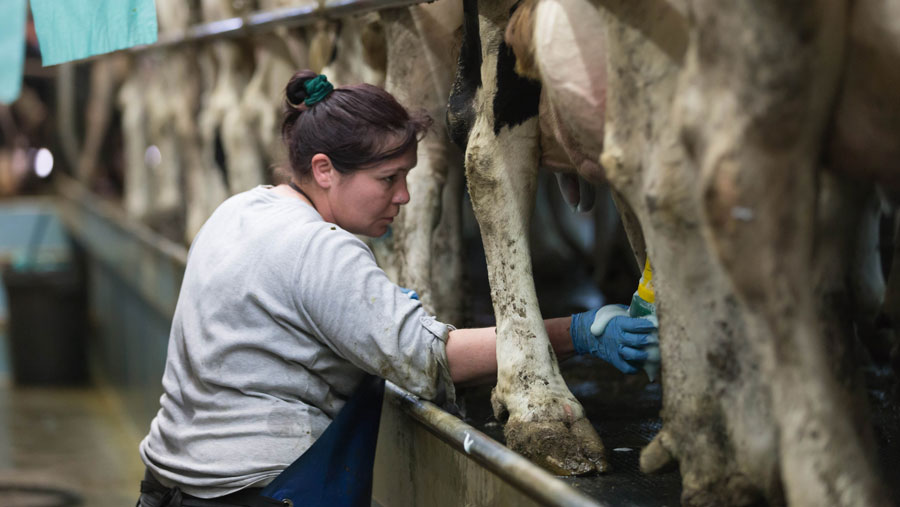 Dairy farmers are finding it increasingly difficult to recruit staff because of the long and unsociable hours involved, with some producers considering quitting as a result, according to a new survey.

The survey of 121 dairy farmers, conducted by the Royal Association of British Dairy Farmers (RABDF) in December and January, found 63% of farmers struggled to recruit in the past five years.

Four out of five respondents said staff recruitment was something that worried them and almost one-third (32.5%) said they would consider leaving the industry due to a lack of dairy labour.

Unsociable working hours and not enough people interested in dairy farming were two of the main reasons cited by employers for people not wanting to work on dairy farms.

More than three-quarters (77%) of employers said they had already made changes on their farm to make the workplace more attractive.

But RABDF managing director Matt Knight said the long and unsociable hours seemed to be the main limiting factor when it came to recruiting staff on dairy farms.

“However, it is also important we consider alternative working practices to make working hours more sociable to attract more workers on to farms. We will be following this up in the coming months with industry consultation.”

Difficulty in recruiting from the domestic workforce has seen the reliance on foreign labour remain, with almost half of respondents (42.1%) employing foreign workers in the past five years.

However, this reliance on foreign labour is a concern, with access to any new foreign workers being restricted following Brexit.

RABDF continues to push for dairy workers to be included on the Migration Advisory Committee’s shortage occupation list or included as a skilled worker, but has not been successful to date.