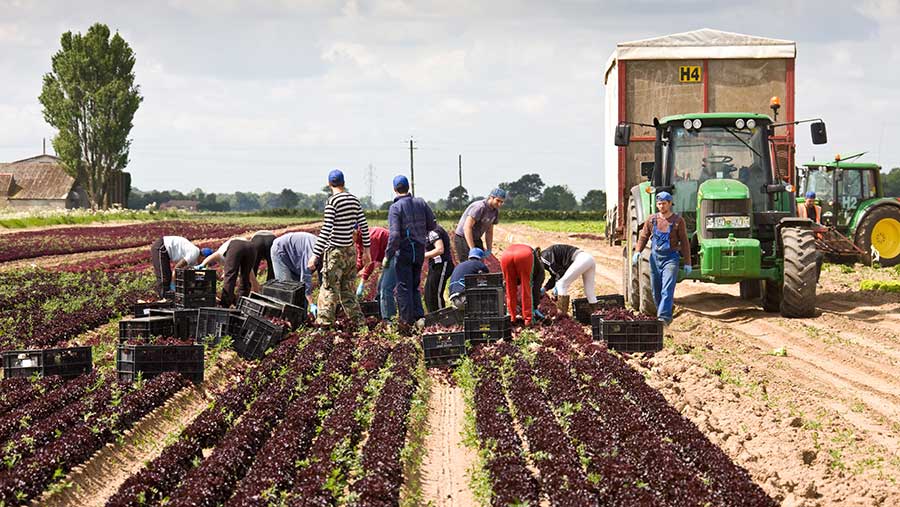 Rising wages for seasonal farmworkers could be a “sting in the tail” for fruit and vegetable farm businesses struggling to stay afloat, the NFU has warned.

“This matters when 40-70% of costs in your business is wages,” said Ali Capper, chairwoman of the NFU horticulture and potatoes board and a hops and apple grower based on the Herefordshire/Worcestershire border.

Ms Capper said there was an added threat that the Home Office might introduce a minimum wage of £10.10 an hour for any foreign worker employed under its Seasonal Workers Scheme.

Wage inflation had the potential to put horticulture businesses out of business this year, warned Ms Capper, speaking at the NFU Council meeting in Stoneleigh on Tuesday (25 January).

“We don’t know whether this new wage level is going to come in, or indeed when,” she said. “The Home Office are seeking legal advice; there clearly will be a discrimination issue.”

Supermarkets would expect their horticulture suppliers to pay the same wage, regardless of age, to anybody doing the same job. “So, if £10.10 an hour comes in, it will be the new base wage level for all fruit and veg and plants and flowers [businesses].”

Ms Capper said the UK government’s announcement before Christmas on the future of the seasonal agricultural workforce was mixed news for the horticulture industry.

On one hand, the announcement of a three-year scheme and the inclusion of ornamentals would give farmers some security going forward.

Meanwhile, Ms Capper said it was disappointing that Defra had not yet published the results of a review into automation in horticulture, which it launched in December 2020.