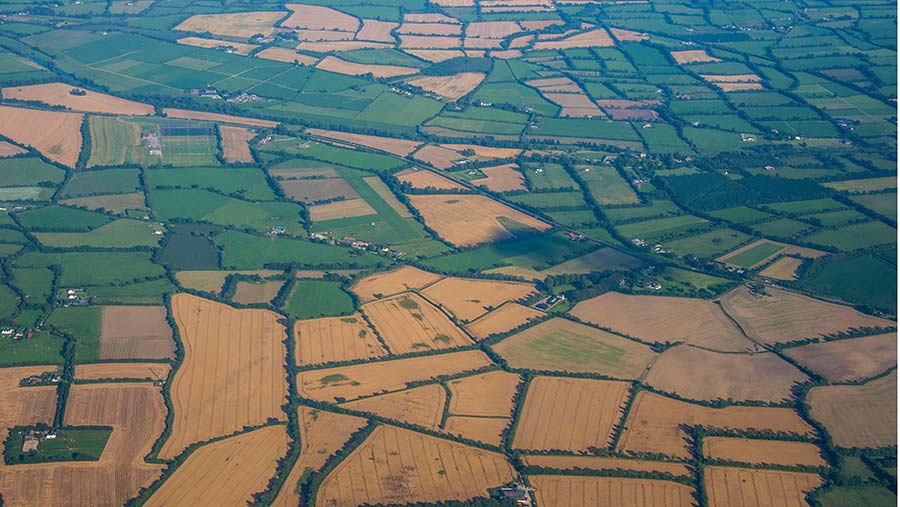 Such a policy has significantly increased farm lettings in the Republic of Ireland in recent years and the CAAV wants the UK government to adopt a similar approach.

Not only has the amount of Irish land let increased but also the average tenancy length.

Substantial increases in income tax relief were introduced from 2015 on the arm’s length letting of Irish farmland for more than five years.

Jeremy Moody, secretary and adviser to the CAAV, says: “In the first year of the increased relief, the let land area rose by 50%, and the second-year figures from 2016 tax returns, published by the Irish Revenue just this month, show a continued impressive response.”

There was a 33% increase in the number of taxpayers claiming the relief in 2015, and another 24% increase in 2016, showing that the measures have encouraged more landowners to become landlords.

One of the reasons behind the tax change was to improve agricultural productivity by moving farmed land into the hands of “trained” people, giving security for investment and improvement.

Mr Moody wants the UK government to follow the Irish example, but to follow it properly, not with a token gesture. “If you want to achieve something significant, make sure it’s big enough to work,” he says.

In its push for a minimum 10-year farm business tenancy (FBT) term in England and Wales, the Tenant Farmers Association has conceded that rent from such tenancies could be treated as trading income, in a bid to encourage landlords to let for longer terms.

At present 80% of all new FBTs are for a term shorter than five years.