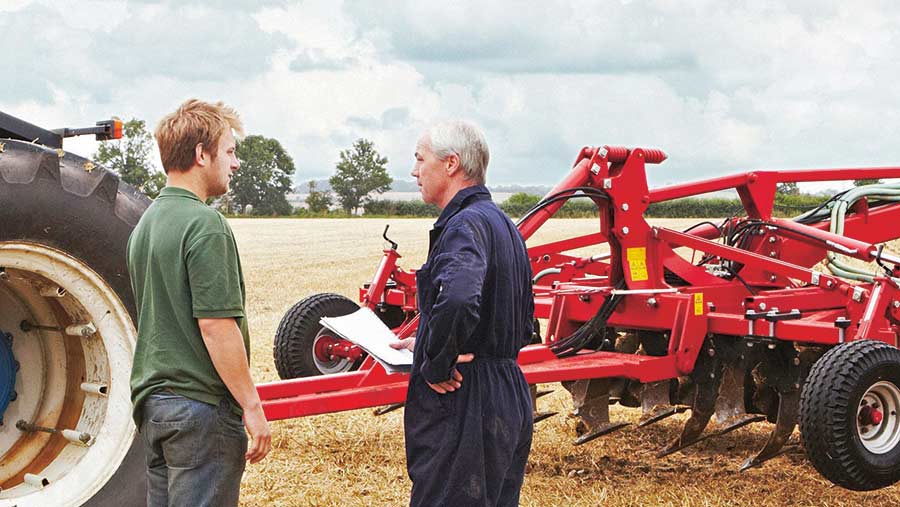 Proposals to replace inheritance tax with a new system to prevent inheritors gaining tax-free windfall gains are at the heart of a land reform policy document commissioned by the Labour Party.

The “Land for the many” policy document, edited by George Monbiot and written by economists and campaigners, sets out ideas to replace the current system with an annual lifetime gifts tax on recipients of assets worth in excess of a lifetime allowance of £125,000.

The authors say their objective is to remove the use of farmland as a tax shelter for land speculators, while protecting genuine small farms, and they propose setting up a Land Commission to explore at what level further agricultural exemptions could apply.

One proposal by the Institute for Public Policy Research, referenced in the document, would conditionally exempt business and agricultural property until the business is sold or ceases trading, so that farms and businesses do not have to be broken up on death.

The current system grants landowners up to 100% relief from inheritance tax under agricultural property relief and business property relief when handing assets to a successor, as long as certain conditions are met.

Campaigners argue this has had an inflationary impact on the value of land as it protects not just genuine farming families, but also wealthy individuals who buy agricultural property to shield some of their assets from tax when bequeathing it to family.

The average transaction price of agricultural land (including elements of buildings and properties) has risen from about £4,000/acre in 2000 to in excess of £11,000/acre in 2018, according to the RICS/RAU Land Market Survey.

The report was quickly welcomed by a number of senior Labour figures, such as shadow cabinet minister Jon Trickett, who said the party would be considering the proposals for the next general election.

People often have no say in the decisions that affect their communities. So much of this can be traced back to the broken system of land ownership. ‘Land for the Many’, a new independent report, tackles this head on. Read it here: https://t.co/bOBsK8wVTN #LandForTheMany pic.twitter.com/emZNf4CFL9

Emily Norton, head of rural research at land agents Savills, said if the proposals were implemented, it would mean a massive change to the UK farming industry, but more detail was needed on the definitions before the implications could be fully understood.

She cautioned that any policy change that brought down land values was likely to have a negative effect on just as many farmers as it helped, and that there are a number of other pathways, such as tenancy reform, that offer lower-risk ways of helping young people into agriculture.

The report also contains proposals on implementing a land value tax, which could be extended to agricultural land, and proposals to grow the county farm portfolio.