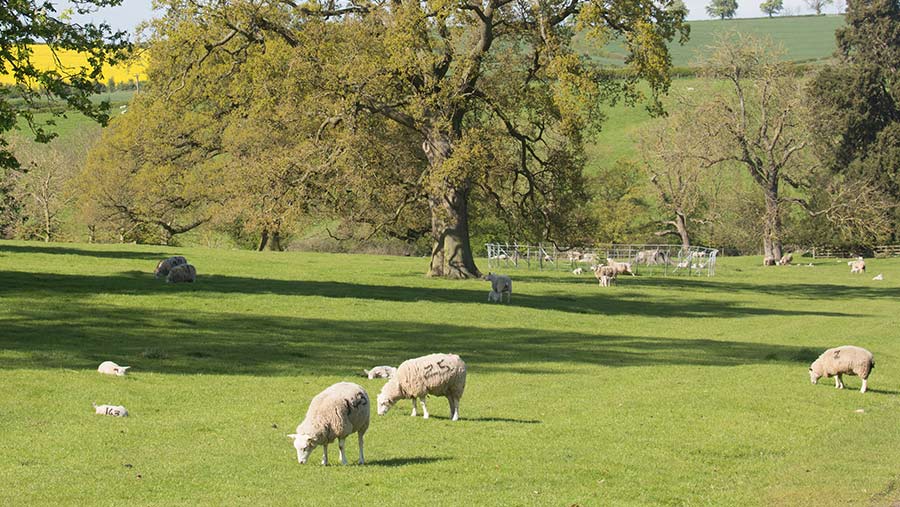 Greater power for tenants, modified succession rules and new guidance for rent reviews are among the changes proposed in the new Agriculture Bill.

The 2020 Agriculture Bill was introduced on Thursday (16 January), after an earlier version was dropped following the dissolution of parliament for the 2019 election.

The new Bill, which applies specifically to England, contains some key differences to the previous version in relation to agricultural tenancies.

The most significant, according to the Tenant Farmers Association (TFA), is the introduction of provisions for tenants to object if landlords refuse consent for changes necessary to enter new financial assistance schemes or meet new regulations.

Tenancy agreements governed by the Act typically contain restrictions to prevent tenants from undertaking activities which will change the land use or fixed equipment of the holding without first gaining consent from their landlord.

Examples of restrictive clauses include those covering erecting or altering buildings, sub-letting, changing agricultural production, or diversifying into non-agricultural activities.

These could create difficulties for some tenants in accessing public money for public goods, the government’s current favoured system for replacing the Basic Payment Scheme.

Concerns were also raised that such clauses may prevent tenants undertaking activities necessary to meet new regulatory requirements, such as updating or putting in new slurry stores to meet water pollution prevention regulations.

The Bill proposes giving tenants the right to apply through arbitration or third-party determination to resolve such a dispute.

George Dunn, TFA chief executive, said: “This will give tenant farmers the confidence they need to participate as they desire in whatever new schemes the government brings forward.”

The Royal Institution of Chartered Surveyors (RICS) is currently the only organisation that can appoint arbitrators, but this could be set to change.

Extending this list to include the Central Association of Agricultural Valuers (CAAV) and the Agricultural Law Association (ALA), the Bill aims to widen the choice for tenants and landlords, and improve the quality of the services offered.

Currently, Case A of the 1986 Act states local authorities can issue tenants a retirement notice to quit at age 65. This could be replaced with pensionable age, in line with State Pension legislation.

Succession on death or retirement

The commercial unit test – which specifies that a tenant who already occupies a commercial unit of land is not eligible to succeed to an Agricultural Holdings Act tenancy – would no longer apply under the new plan.

Meanwhile, the criteria for determining a person’s suitability to become a tenant (“the suitability test”) could change and must relate to the person’s capacity to farm the holding commercially to a high standard, both of efficient production and care for the environment.

Louise Staples, NFU senior rural surveyor, said the team welcomes the efforts to expand those eligible for succession by removing the commercial unit test, as this could be key to productivity, though care must be taken to ensure this is workable alongside the principal source of livelihood test.

Ms Staples said: “The NFU would like to see the reform modernise and extend succession rights to include nephews, nieces, grandchildren and cohabitees. We have concerns in regard to the reform of the suitability test, including the wording ‘environmental care’, as there is no clear definition and this could be very subjective.”

Additionally, if by written agreement the tenant has agreed to make payments to the landlord for improvements to the holding that are wholly or partly financed by the landlord, such payments should be disregarded from considerations of changes to rent.

Any benefit to the tenant from the improvement should also be disregarded from rent considerations while the tenant is making payment for that improvement.

Mr Dunn said the TFA is disappointed not to see all of the changes proposed in the tenancy reform consultation being brought forward at this stage, but understands there will be further discussions within the Tenancy Reform Industry Group to look at these in more detail.

Additionally, the association feels further measures are needed to assist older tenants into retirement, encourage landlords to let for longer periods of time and protect tenants from spurious notices to quit.

“Rather than supporting non-active landlords, it is also essential to ensure that future financial assistance properly supports active farmers – those in occupation of land, taking the entrepreneurial risk for the activities occurring on that land and in day-to-day management control,” Mr Dunn said.

“If the Bill does not spell this out, there will be a significant risk that public funding will be misdirected.”