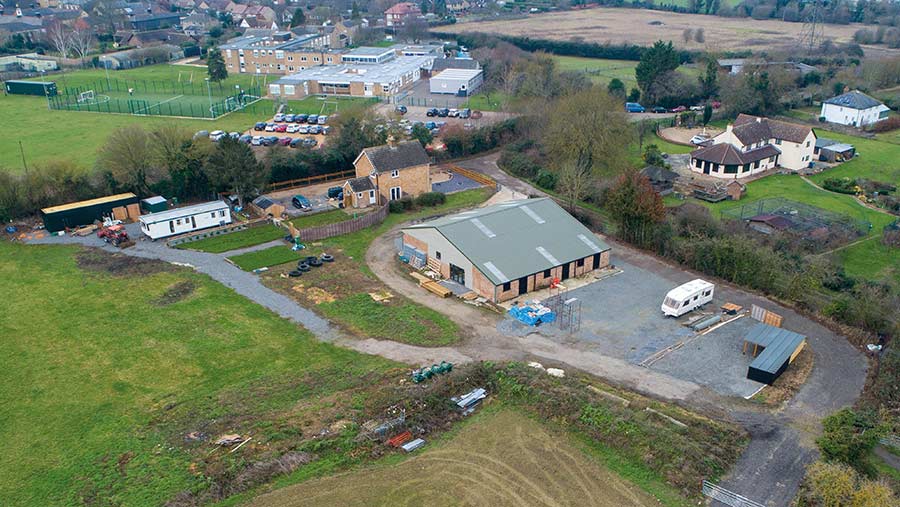 The decision to grant a council farm tenancy to the local authority’s deputy leader has culminated in a high-profile controversy for Cambridgeshire County Council after a two-year investigation.

Roger Hickford applied for the publicly advertised tenancy in 2017 and won out over eight other applicants, at the same time he was re-elected to the council, according to The Cambs Times.

About six months later, he was appointed County Farms Champion, a role designed to advocate for the farms estate and lead any relevant inquiries.

Cambridgeshire County Council owns the largest farms estate in the country, letting 32,171 acres in 251 holdings, as recorded in the government’s most recent Local Authority Smallholdings in England report.

Manor Farm, Girton, has about eight acres of Grade 3 permanent pasture and a three-bedroom house, as reported by Farmers Weekly at the time it was advertised.

Mr Hickford planned to extend the house, lengthen the lease from five years to 14, and use it for a dog day centre.

The decision to award the tenancy was made by council officers, not councillors. Mr Hickford did declare his tenancy on the member’s registers of interests a month after it was awarded, but it was only in December 2018 that his successful application became apparent.

The deputy leader declared an interest in a committee meeting about to agree a £183,000 investment in the holding for its extension.

The money was withheld and an inquiry began, with an independent auditor taking up the role in December 2020, after the council’s chief internal auditor fell ill.

Mr Hickford resigned all council posts and reportedly moved to Norfolk after council leader Steve Count received a 450-page audit report in February, though he remains the tenant of Manor Farm.

The former deputy leader criticised the council’s farm team’s “incompetent project management”, and said he was “forced to abandon” his business venture and the property “due to a series of broken promises by the council”.

On 5 March, six out of seven councillors on the committee voted not to release the report. The sole dissenter, Mike Shellens, subsequently resigned his chairmanship of the committee in protest.

Another councillor, Peter Hudson, revealed the members were advised against releasing the report to avoid potential litigation.

A council spokesman told Farmers Weekly: “There is no policy stating councillors cannot apply for council holdings. The authority has had at least three elected members who have at one time been tenants of the farms estate.

“The council received five livestock applications for the holding and two of those applicants were interviewed.

“One of the recommendations for improvements to Farms Estates Policies and Processes does cover an action to develop a new policy to highlight tenancy applications from people with significant links to the council – such as elected members or senior officers.

“The information in the final audit had to be marked exempt as per the Local Government Act 1972 due to the inclusion of personal information. Members were given legal advice about the status of  information contained in the report.

“However, it is entirely a member decision about whether they believe the public interest requirement outweighs other legal restrictions placed on them or the council, and decide to discuss the report in public, either partially or in full.

“A further update will be taken to a special meeting on 26 March, at which members can decide to release more of the report’s detail.”

George Dunn, Tenant Farmers Association chief executive, said: “Sadly, we do receive regular reports of concerns about the management of county farms and estates where both greater scrutiny and greater accountability are needed.”

He referred to a recent investigation into potential wrongdoing in Norfolk County Council’s farms estate, which resulted in two employees leaving the department, and Herefordshire County Council’s decision to dispose of its estate despite a review from its own advisers recommending retention.

“More recently, we have had a case in Dorset with one of our members who has been trying to get approval from the local authority for investment in the holding for a long period of time and, having failed to achieve this, has made the decision to give up the holding,” said Mr Dunn.

“Almost within the hour of informing the council of that decision, it had appointed an external agent to deal with the end of tenancy matters. Why couldn’t it have been this attentive when the tenant was seeking consent for improvements?”

The TFA has been arguing for some time for a greater level of scrutiny in the way county farm estates are managed to ensure they are delivering the benefits required and also providing best value to council taxpayers, he added.