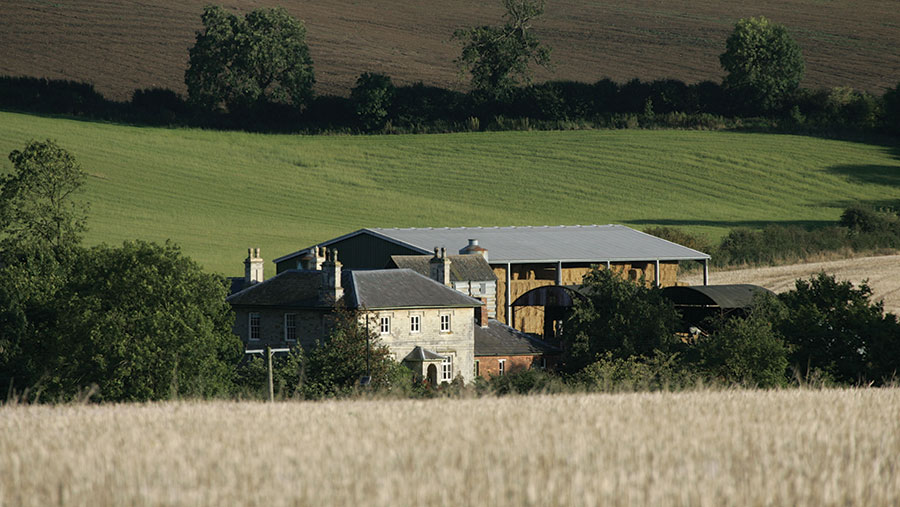 Farm rents across England were 3% higher year-on-year for farm business tenancy (FBT) and seasonal agreements in 2018-2019, according to latest government figures.

It illustrates the gap between rents that tend to be higher for FBTs than full agricultural tenancy (FAT) agreements (also known as Agricultural Holdings Act tenancies).

Location-wise, values are higher in the east of England, the East Midlands and south-west England.

Across both FAT and FBT agreements, values were highest in the east of England and lowest in north-west England.

See the map for your area and read the rest of the report below.

General cropping farms saw the largest increase, up 5% to £89/acre, with dairy increasing by 4% to £83/acre. All other farm types saw little change.

The total area of land under these agreements fell by 3% to 3.3m acres.

For FBT agreements, the average rent was £93/acre, 3% higher than the £91/acre of the previous survey.

Yorkshire and Humber saw the largest decrease, down 11% to £60/acre. Meanwhile, north-east England and the east of England both saw averages rise by 9% to £70/acre and £125/acre, respectively.

Rents for lowland grazing livestock farms on average were higher by 8%  at £77/acre, and 6% higher at £103/acre on dairy farms.

No farm types saw a decrease in average rent and the total area of land under FBT agreements was 3.1m acres, up by 5%. FBT agreements now account for about 48% of all land in the tenanted sector in England.

The average rent for seasonal agreements, which may be for any length of term less than 12 months, was £63/acre, up 3% from £62/acre.

Although seeing FBT rents at higher levels than FAT rents on similar land is expected, it is striking that the FBT rents are not as high as often quoted in the tender market, said George Dunn, chief executive of the Tenant Farmers Association (TFA).

This suggests there must be a considerable number of FBT agreements where rents are at more sensible levels than those publicised, he said, which should form part of the assessment of the open market level of rent during the review process.

“It is also important to bear in mind that these figures are now two years out of date,” said Mr Dunn.

“With the current pressures on agriculture – not least the appallingly bad backend in respect of the weather and uncertainty about our future policy and trading environment – the TFA is anticipating room for rent reductions this year.”

Could rents be set to fall?

A guaranteed income from land in the form of BPS has historically elevated rents, as well as other inputs and contract farming agreement charges, he said.

In future, rental values will more closely align to land’s earnings potential, and relationships might need to be forged between occupant and owner to capture some long-term public good offerings.

There is likely to be a period of upheaval and adjustment over the next decade, said Mr King, until a new normal is found.