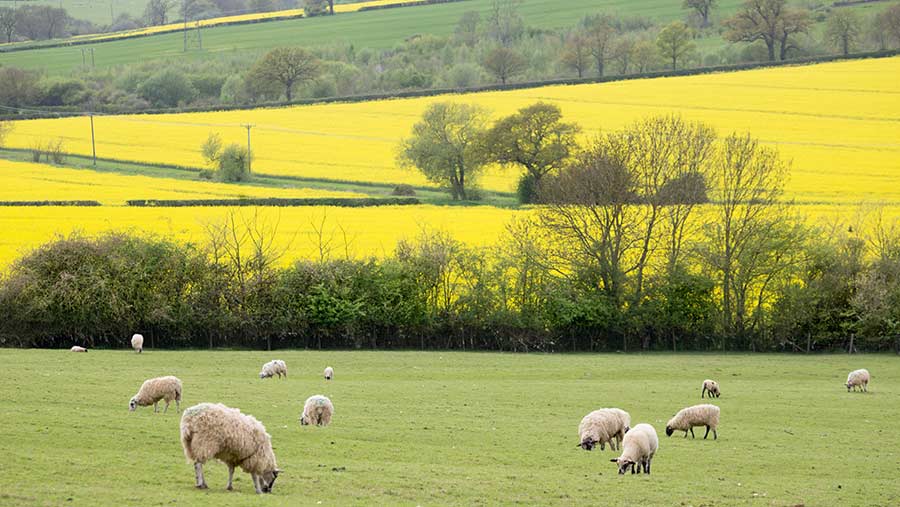 Drafting new tenancy agreements with an Agriculture Bill subject to 32 proposed new clauses and 64 amendments tabled is challenging and messy. Ben Sharples, a partner in solicitor Michelmores, helps to navigate through it.

The transition from the Basic Payments Scheme (BPS) is planned to last seven years from 2021 but the Agriculture Bill allows this to be extended more than once.

It sets out a plan for financial support to agriculture during transition. After this, payments will be made for public benefits under new environmental schemes (ELMS).

Support may be through BPS or delinked payments (not requiring the recipient to farm the land), phased out by the end of the transition.

The Bill provides for regulations specifying who is entitled to receive a delinked payment and how much that payment should be.

Recipients may be those entitled to receive BPS payments in a certain year.

Landlords as recipients of support

The Bill contains scant detail but suggests tenants are the intended recipients of any delinked payments, consistent with previous policy.

However, it does not rule out the possibility of landlords claiming payments.

That possibility has concerned some MPs, so another amendment aims to ensure that tenants not only receive the support during and after the transition but also cannot be prevented from claiming it, including as a lump sum, by their tenancy agreement.

Land ‘at the disposal of’ claimant

Other amendments show similarities with the BPS, requiring land to be at the claimant’s disposal.

Further refinements add that claimants must be in occupation of the land, taking the entrepreneurial risk and in day-to-day management control.

This effectively resurrects the active farmer test, abandoned in 2018, and puts tenants in pole position for delinked payments.

The Bill also raises the possibility of a lump sum in lieu of direct payments during the transition. Direct payments here include either BPS payments or their delinked successors.

Again there is uncertainty as to the intended recipient of the lump sum.

In response to this, another tabled amendment clarifies that any lump sum payment be made only to active farmers taking entrepreneurial risk and with day-to-day management control of the land concerned.

Where a draft FBT must be completed urgently, the provisions to include will depend largely on the length of term proposed.

Terms of two years or shorter will probably be covered by current drafting, as that takes us to the start of the transition period and existing BPS provisions will cover most eventualities.

Agreements of two to nine years will terminate mid-way through the transition period, requiring clauses to bridge the old regime and the potentially new delinked era.

That might see landlords trying to secure direct payments for the transition period by restricting a tenant’s ability to delink or take a lump sum, or perhaps proposing to split any lump sum claimed.

Those drafting agreements need to watch the amendments. If they make it to the Act, they may trump the tenancy terms regarding eligibility of any individual claim to the subsidy.

If the amendments don’t make it into the Act then legal arguments may be used to prevent contractual terms limiting the tenant’s right to claim or roll up the payment into a lump sum.

Uncertainty over qualifying criteria may be resolved by a decision that BPS entitlements are the gateway to delinked payments.

In this case entitlements would have a value and tenancy clauses covering an uncertain future may cater for this regarding transfer obligations and compensation value.

Terms of 10 years or longer will probably see the agreement into the new era of ELMS (but note potential for extending transition period).

In such circumstances the terms need to deal with who is entitled to claim what.

We have very little detail on ELMS and the relatively clear distinction of tenants claiming Entry and Higher Level Schemes under the old regime and landlords exercising more control over longer-term stewardship arrangements may become blurred.

The longer the term, the greater the uncertainty. Good-faith clauses can require parties to work together to amend a document in the light of unforeseen events.

For these to be effective the document must clearly state the objectives of the parties. Vague aspirational drafting will not cut it, as the result may be unenforceable.