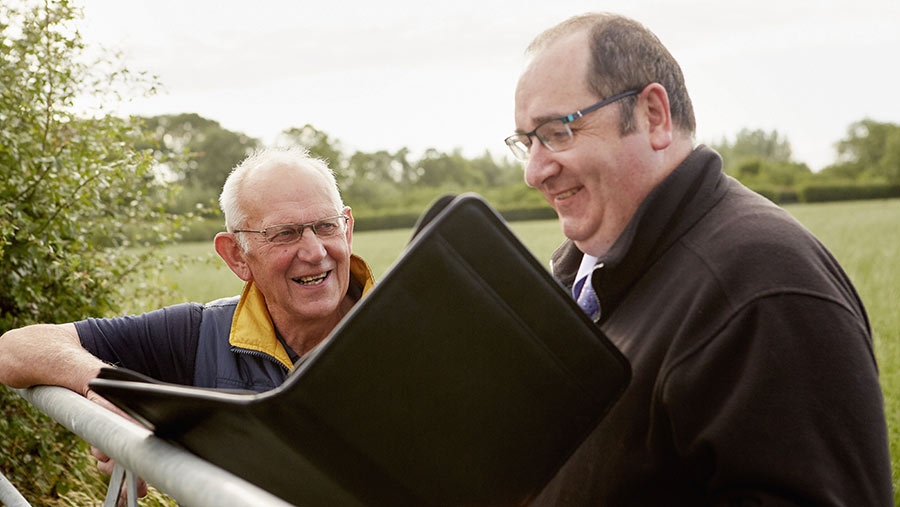 Many issues are likely to arise during the lifetime of an agricultural tenancy, but all can be solved with good landlord-tenant communication, informed consent and careful consideration, writes Philip Meade, Davis Meade tenancy adviser.

The rent for an AHA is based on what is known as schedule two of the Act. The key points to remember are the rent is based on a combination of matters including the profitability of farming and other comparables.

Arguments abound as to whether other comparables include ATA rents or rents for houses and the answers are rarely clear cut. In general, ATA rents and assured shorthold tenancy rents (which are often referred to) are generally given less weight by arbitrators than AHA comparables.

It is pretty well established ATA rents do not directly impact on AHA rents but as there has been no definitive case law on this, it is still open to landlords to argue otherwise.

Rents under the ATA code are relatively more straightforward and are generally based on open market rents for similar farms and land.

It is quite common for repairs and maintenance to become an issue. When checking who is responsible for repairing a particular item or maintenance, the first point of reference should be the tenancy agreement. The repairing responsibilities are often quite clearly set out in the agreement.

If a dispute arises, procedures are available to the landlord and tenant to formally require repairs are done, but the first step should always be to try to come to an agreement. This is likely to be far cheaper than getting professionals involved to serve notices and possibly end up at arbitration.

If there is no written agreement or the tenancy does not mention repairs then there are statutory provisions in place for AHA tenancies, namely the Agriculture (Model Clauses Fixed Equipment) (England) Regulations 2015, SI 950 in England and (currently but likely to change) Agriculture (Maintenance, Repair and Insurance of Fixed Equipment) Regulations 1973, SI 1,473 in Wales. These can be found online.

Succession only applies to a limited number of agricultural tenancies under the AHA code. Essentially, if the tenancy started before 1984 (or is a tenancy that started after 1984 but is a succession tenancy itself) then the tenant may be able to pass the tenancy onto a close relative, namely spouse, sibling or child.

In both cases, an application for succession will have to be made to the First Tier Tribunal (Agricultural Land Tribunal in Wales).

It should be noted only two successions are permitted (so three generations can effectively farm the holding). The first generation is deemed to be the person who was tenant in 1976.

Before adding to existing buildings, the tenant should check the tenancy agreement to see if written consent is required, as this is often the case and putting up a new building without consent is likely to be a breach.

A building or works done without written consent are classed as tenant’s fixtures and the implications for how these can be removed or compensated for are different.

Always check the agreement first and obtain written consent if required. The landlord may ask for a write-off period.

Such a condition does not necessarily have to be agreed and there are other remedies available, such as tribunal or arbitration, if a party is not acting reasonably.

With farming becoming ever more regulated, there are some circumstances where a landlord may be at least partly liable for the cost of providing improvements on a holding if those improvements are required to enable the tenant to comply with regulations that have been imposed.

The most common example is when a farm comes under a new nitrate vulnerable zone. In many cases, the cost of providing extra slurry storage (for example) can fall on the landlord.

Approach the landlord first to see if some form of joint investment can be agreed, to avoid the costs and risks of litigating it in front of the tribunal and to foster a good landlord-tenant relationship. There is no guarantee a tribunal will find for a tenant.

Failing that, an application (in the right circumstances) can be made to the First Tier Tribunal, to require the landlord to meet his obligations.

One of the most worrying things to receive is a notice to quit.

These can be served for a number of reasons, but most common are either for breach of tenancy (usually not doing repairs or not paying the rent) or because the landlord has obtained planning permission on some of the farm.

If a landlord obtains planning permission for something other than agriculture, the tenant can get between four and six times the rent for the land taken, plus other end of tenancy compensation and possibly compensation for a short notice.

In the case of a breach of tenancy, this will usually have been preceded by a notice to remedy (setting out the breach and giving a chance to put it right) or a notice to pay rent (demanding the rent be paid within two months). Ideally, the issue should be dealt with at these stages.

Other forms of notice to quit can be served, sometimes with no reason.

In all cases, action must be taken immediately because, although defences are available, the time limits for responding to a notice to quit are invariably very tight, usually only one month.

There is an increasing trend for landlords to seek early surrender, particularly AHA tenancies.

Options include a “golden handshake” payment or an exchange of property (often the farmhouse).

In all cases, consideration should be given to the value of what is being given up and valuation advice taken if necessary, as well as tax advice because any payment is likely to attract capital gains tax and other taxes may be payable.

One common situation that arises is for a tenant to be offered extra land. This is rarely a problem for a tenant under the ATA code, but careful consideration should be given for tenants under the AHA code.

There is a danger, if not done correctly, that adding land could create a new tenancy, which in turn may fall under the ATA code and not have the security of the AHA code.

In all of the above, the underlying message should be that a landlord-tenant relationship on a farm should be seen as a business partnership and often many of the aforementioned problems can be sorted out with good communication between the parties.

Recourse to arbitration or tribunal should be seen as the last resort and face-to-face discussion with the other party should be the first step. If there are time limits to observe, professional advice should be a priority.