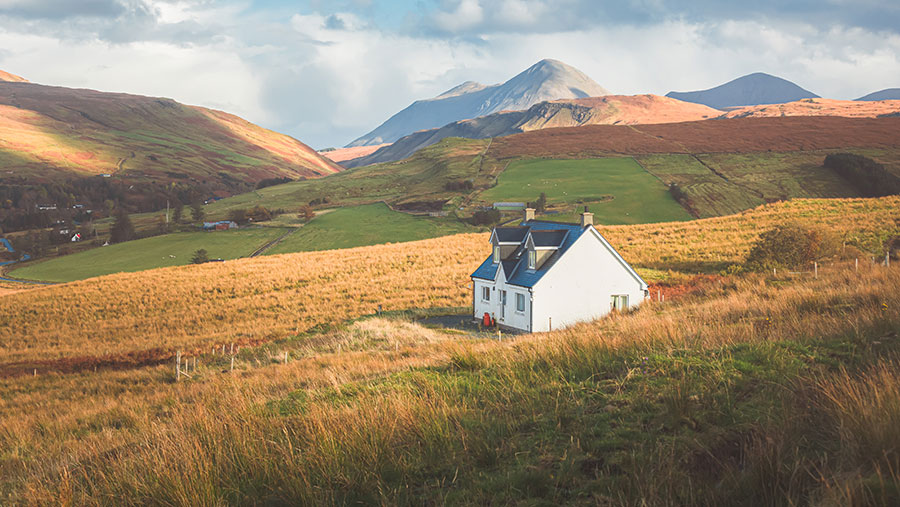 The Scottish government has announced plans to introduce new regulations covering the sale of land holdings larger than 3,000ha to give local communities a greater say in how land is used.

The government has published a consultation paper for a new Land Reform Bill, which will be introduced by the end of 2023.

Ministers say the Bill aims to address long-standing concerns about the highly concentrated pattern of land ownership in rural areas of Scotland.

There is also a desire to ensure that communities and the nation can benefit from growing levels of investment in Scotland’s natural capital.

This reflects concerns about the risks of such investment leading to some unwelcome changes whereby the interests of local people might be secondary to those of large, often corporate, businesses.

The government is proposing the introduction of a new public interest test, as well as a requirement for owners of large-scale holdings to give prior notice to community bodies of their intention to sell.

Views are being sought on what should constitute a “large-scale holding”, but the consultation suggests a fixed threshold of 3,000ha, or acting where a land transfer would result in land ownership within an area being too concentrated

For example, it suggests a public interest test might be needed where a land sale accounts for a fixed – but unspecified – percentage of, say, an island or local authority ward.

The consultation says it has no wish to place disproportionate duties on those with small-scale landholdings, or family farms, so none of the new regulations proposed would apply to them.

Its purpose would be to assess whether, at the point of transfer, risk would arise that was against the public interest.

It says the authorities might rule there would be insufficient public interest to warrant interference in the sale, and the land in question could be sold as the seller wished.

Alternatively, it might be decided there is sufficiently strong public interest to say that the sale could only proceed subject to specific conditions.

Conditions could include that the land in question should be split into lots and could not be sold to one party as a whole unit.

Another outcome might be a requirement for the land, in whole, or in part, to be offered to official community bodies in the area, and the sale could only proceed if the bodies consulted, after a period of time, indicated that they did not wish to buy it.

Prior notification of sale

Currently, landowners are obliged to notify a community body of a potential sale if the community body has registered a pre-emptive right of purchase over land that they have a particular interest in.

But the government is proposing that landowners looking to sell a large-scale holding should be under a duty to give notice to community bodies in the surrounding area, regardless of whether they have previously registered a pre-emptive right of purchase.

It suggests a notice period of 30 days for the community body to inform the landowner of whether they would be interested in purchasing the land, and then another six months to enable them to negotiate the terms of the purchase and secure funding.

The proposal with, arguably, the most immediate effect on farmers is to introduce a new flexible land use tenancy to make it easier for tenant farmers to undertake a combination of agricultural and non-agricultural activities.

It says the current system of agricultural and small landholding tenancies creates a number of barriers to those who want to undertake climate change mitigation or nature recovery work.

It is asking for views on whether tenants, with the agreement of their landlord, should have the ability to move an existing agricultural tenancy into a new land use tenancy without having to bring their current lease to an end.

Other proposals in the document include a duty on large-scale landowners to comply with the government’s Land Rights and Responsibility Statement and its associated protocols.

To improve transparency, the government also wants to make such larger landowners publish high-level strategic land management plans setting out how land will be used and managed.

Environment and land reform minister Mairi McAllan said they were “transformative proposals” that would be a significant step forward in ensuring land was owned diversely and used to benefit the people of Scotland.

“We have a strong record of progressive and innovative land reform – but this journey is not complete,” she said.

“We must continue to develop and implement land reform that addresses historical inequalities and, at the same time, we must rise to changing social, environmental and economic issues in contemporary Scotland.”

Scottish Land and Estates, which represents landowners in rural Scotland, said the public interest test was a complex issue and would need to be considered in great detail.

“The most important aspect of land is how well it is used – regardless of who owns it – and this is going to be more crucial than ever as we rebuild economic activity and ensure that rural communities thrive again in the wake of the pandemic,” said Stephen Young, SLE head of policy.

Alasdair Macnab, chairman of NFU Scotland’s Legal and Technical committee, said land reform was a policy area that always raised concerns with farmers and crofters, but “good and prudent” land managers should have nothing to fear.

“Publication of the consultation is welcomed, as it gives further information about the direction the Scottish government intends to head,” he said.

“I am aware that a series of public meetings have been arranged and I urge our farmers and crofters to engage with these, to ensure that our voices are heard.”