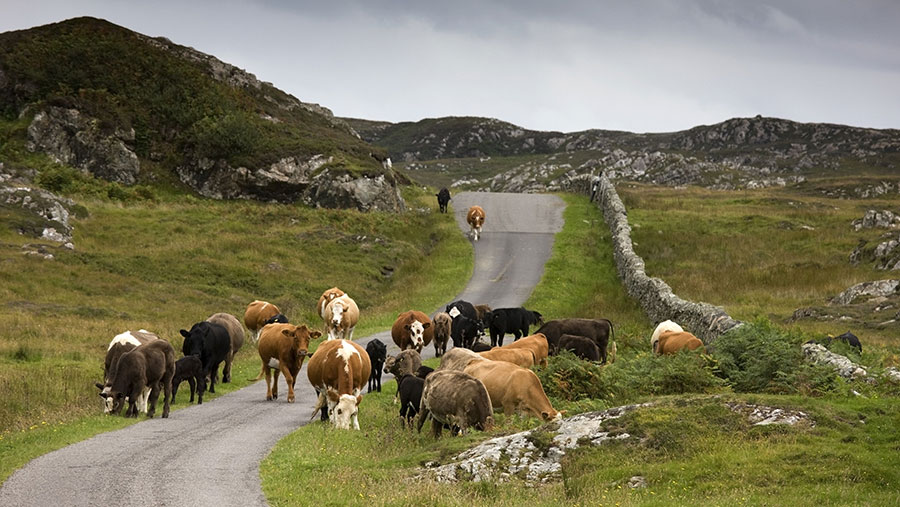 Managers of a large Scottish estate accused of bullying and intimidating tenants were “insensitive” but did not act illegally.

This is according to a report released by Scotland’s tenant farming commissioner Bob McIntosh, who was tasked by the Duke of Buccleuch with reviewing end of tenancy negotiations between Buccleuch Estates and its tenants.

The dispute began in 2017 when Buccleuch Estates, which manages 105,423ha of land for the duke, announced plans to sell 10 farms totalling 2,956ha of its Bowhill, Eskdale and Liddesdale and Queensberry estates.

The existing tenants were told they had a choice to buy their farms.

Buccleuch was also in discussions with a number of other limited partnership tenants with a view to converting agreements to alternative long-term letting arrangements.

A tenant on a short-limited duration tenancy accused Buccleuch Estates of bullying during end of term negotiations.

The Buccleuch Estate admitted one agreement was terminated against the tenancy’s wishes but said disagreements should not result in accusations of bad professional practice.

The commissioner reviewed five cases and found none of the estate’s actions were in contravention of agricultural holdings’ legislation.

However, Dr McIntosh said best practice was not always followed and some of the discussions and negotiations could have been handled more sensitively.

He said: “When entering into a non-secure tenancy, and throughout its duration, landlords and tenants must be clear with each other about their expectations and aspirations for the future, and discussions should be recorded so unpleasant surprises for either party are avoided.

“Where action by a landowner is likely to have major implications for land use, communities and tenants, the exercise should be well planned, with a good communications and engagement plan.

“It will not always be possible to find outcomes that suit all stakeholders but consideration of the external impacts is likely to at least influence the process, and timing, by which change is brought about.”

Dr McIntosh said landowners must be able to pursue legitimate business interests but should abide by principles set out in legislation.

The report demonstrates the wider duty of landlords to their tenants and the public and shows land agents are still in the public spotlight, says the Scottish Tenant Farmers Association.

Chairman Christopher Nicholson said: “Landlords who operate without regard for best practice will attract damaging criticism, which only strengthens calls for further legislation.

“There is a clear message to other landlords that they should be prepared to monitor and take responsibility for the conduct of the agents they employ, and that there is still room for improvement.”

John Glen, chief executive of Buccleuch, said: “We take our responsibilities to, and relationships with, tenant farmers very seriously and commit to reviewing our processes in line with the recommendations made in today’s report.

“We are pleased and relieved to see that the commissioner did not conclude we had bullied tenants during negotiations nor found evidence to substantiate such an allegation.

“We note the commissioner’s comments and would like to make it clear that it is our intent at all times to act within the letter and spirit of codes of practice.”