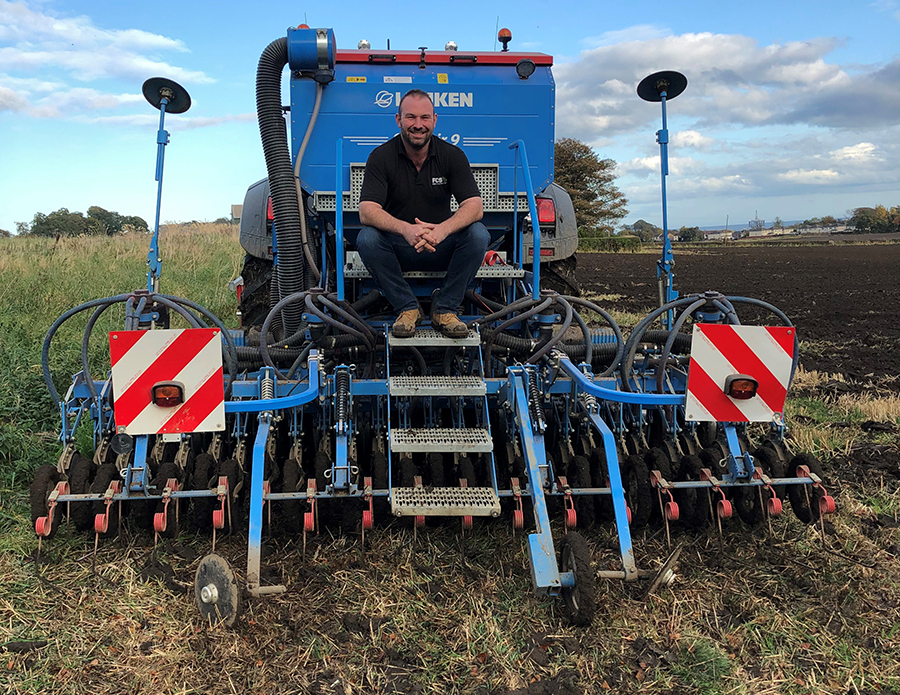 Scottish tenant farmers are being forced out of the industry due to limited opportunities and the government’s emphasis on supporting new entrants rather than established businesses.

Zander Hughes and Craig Malone were the first two to successfully apply for the starter farms, but now face being turned out of their homes in just a few years, without anywhere to move their businesses.

This situation is an example of a larger problem across the country, due to the 2016 Land Reform Act’s slow progress leading to the tenanted sector contracting, rather than improving, according to NFU Scotland (see panel).

Mr Hughes said: “The idea is that at the end you move onto another opportunity but the problem with that is at the moment there is nothing to move onto in terms of farms to let in Scotland.”

“We have been asking since year five, not fishing for an extension, but wanting to know what our options are and if they would consider an extension given there’s nothing to let. The stock response has been ‘at the end of 10 years you’re out’.

“We’re living in a house on the farm and our daughter is in nursery, it’s not just moving a business, but moving a family.” 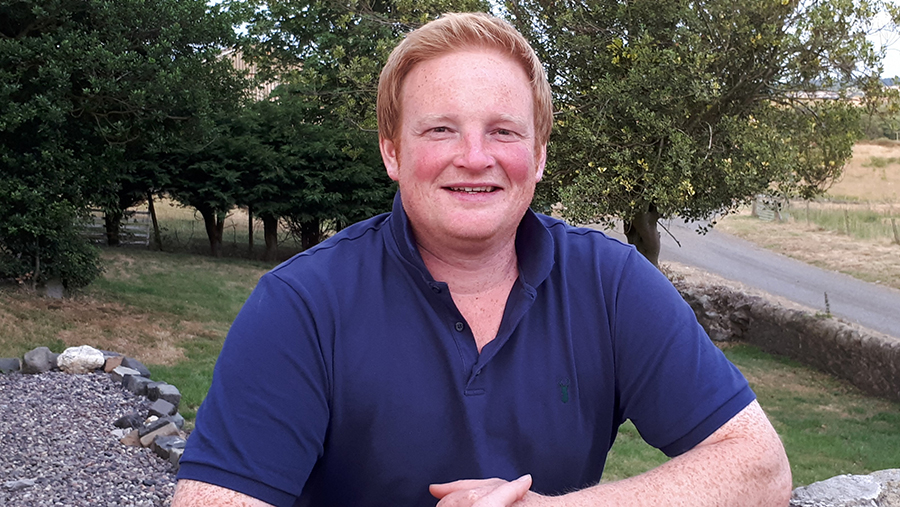 The process involved producing a business plan for the farm and facing an interview panel of agricultural advisers and Forestry and Land Scotland members.

Mr Hughes received a phone call that same evening to say he had been successful.

He has been farming at South Dundonald ever since, but with the tenancy end date in 2022 fast approaching, concern over what to do next has been playing on his mind.

Mr Hughes has invested a lot of time and money in the farm over the past seven years, including improving sheds, increasing grain storage, putting up a dryer shed, improving drainage and importing organic matter for the ground.

Now, with just three years to go, the motivation for continuing to improve the holding has run out. Though he will receive a waygo compensation payment at the end of the tenancy, he says it will be irrelevant in comparison to work done.

“To begin with, the government was hugely supportive, but over the past few years we’ve needed help with things like fixing cattle sheds that are leaking and they’ve not been interested,” Mr Hughes said.

“The scheme is a good one, but it has been mismanaged. What’s the point of the starter farm process if there’s not another rung on the ladder?”

He has admitted defeat for finding another tenancy and has instead decided to concentrate on building up his contracting business, which he says is much more viable.

“I do want to farm but I don’t want to go back to square one again and I need to provide for my family’s future,” he said.

Meanwhile, Mr Malone, who was a self-employed stockman keeping 50 cattle on seasonal grazing lets and looking for a secure base to build up his business, found just that in Pitcairn Farm.

Since 2012 he has turned the mixed arable unit into a livestock farm, significantly built up his herd and created a large flock, alongside renting 61ha of bare land several miles away on a year-to-year contract.

“I’m grateful for the tenancy opportunity and we wouldn’t be who we are now if it wasn’t for it,” Mr Malone said.

“But there’s a shortage of opportunities available to move on to and the starter farm system all falls down if there’s nowhere else for us tenants to go afterwards.

“I would still recommend others to join a similar scheme, but the next step is hard. Hopefully something will come along.”

Three years on from the passing of the Land Reform Act, Gemma Cooper, NFU Scotland’s head of policy team, says the country’s tenanted sector is contracting, rather than improving.

The Act followed an Agricultural Holdings Review, which examined the situation of land ownership and use, tenant-owner relationships and all of the relevant legislation.

It received royal assent in April 2016 and set out to make significant changes, including a community right to buy, the creation of a tenant farming commissioner and a new rent test, but progress has been slow.

Ms Cooper said: “Opportunities for tenanted land are scarce, locking out younger businesses and preventing established ones from expanding. Lease terms are incredibly short, which is not ideal from a business planning perspective or animal husbandry.

“It is looking increasingly unlikely that the remaining provisions yet to be enacted will provide the elusive ‘silver bullet’ that the industry needs.”

“The starter farm project has provided a great first rung on the farming ladder but it is disappointing that, with the odd exception, the private sector has not followed suit, and even more so that there are so few opportunities to progress to larger units once the 10-year tenancies come to an end,” he said.

In tandem with the Tenant Farmers Association in England, the STFA is pressing government to introduce fiscal and taxation measures that would encourage landowners to rent out more land.

The introduction of significant tax reliefs in Ireland in 2015 has resulted in an extra 450,000 acres being let on term lengths of five years or more, according to Mr McCall.

In England and Wales, thought is also being given to whether local authorities should provide progression units alongside starter holdings, to prevent farm businesses falling off a cliff edge once they are no longer considered new entrants.

Forestry and Land Scotland, however, remains committed to providing land exclusively to new entrants and maintaining the “turnover” of tenants.

What is the future of the new entrants’ scheme?

Farmers Weekly asked Forestry and Land Scotland if it planned to adjust the scheme in the future to avoid the next batch of tenants finding themselves in the same position as Mr Hughes and Mr Malone.

We were told the situation is under review and no decision has yet been made.

However, it stated that all candidates had been aware that the units would be re-let after 10 years and the turnover of tenants was a key principle of the scheme in order to provide new candidates with the opportunity to acquire skills, develop businesses and make contacts within the sector.

A spokesman for Forestry and Land Scotland said: “Extending tenure would undermine this principle and deny other ambitious and entrepreneurial young families – and nascent businesses – the opportunity to find their feet.

“As part of the selection process, each applicant had to provide an exit strategy outlining how they would move on from their tenancy after 10 years.

“With many other starter farm tenants actively pursuing their original exit strategies and adapting them in response to the evolving industry in Scotland, we believe that most, if not all, of the original starter farm businesses will continue to grow following the end of their lease period.”

The agency did acknowledge that traditional tenancies are increasingly rare and said most opportunities now come in the form of contracts or joint ventures.