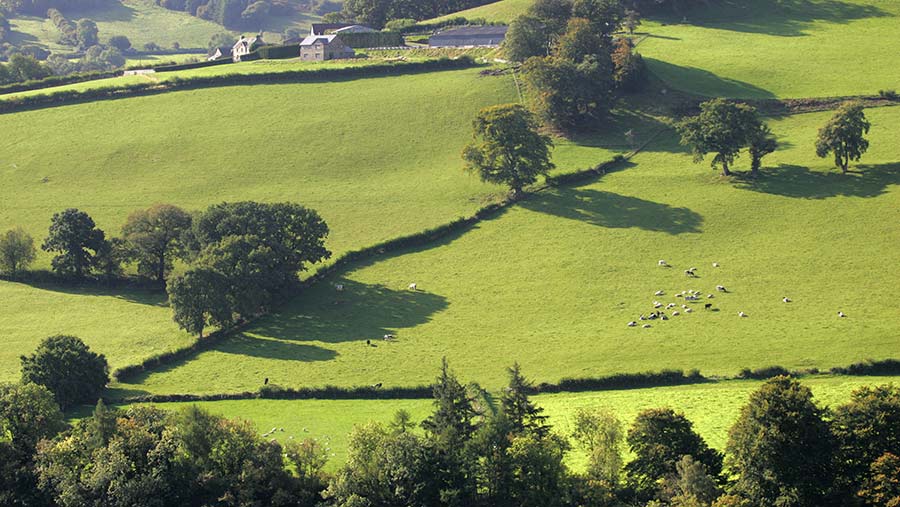 Farm groups have spoken of their disappointment and desire for further scrutiny into local authorities’ actions as the latest data shows the national county farms estate remains under threat.

The 70th Annual Report to Parliament on Local Authority Smallholdings in England (1 April 2019 to 31 March 2020) includes data from 40 authorities that responded to the Chartered Institute for Public Finance and Accountancy (Cipfa) survey – 43 were approached.

However, in some cases, these submitted data sets were incomplete, making it difficult to draw a direct comparison with previous years, which Tenant Farmers Association chief executive George Dunn said Defra needed to address.

In comparison, last year’s report showed land held by 39 local authorities totalled 201,117 acres, just over 1% more, of which 191,171 acres were let as smallholdings.

The report’s data on acquisitions and disposals indicates a decrease in the area of land held by councils of 2.6%. The previous year saw a decline of 1.4%.

A total of 277 acres were acquired by two authorities and a total of 5,234 acres were sold or otherwise disposed of by 22 authorities in 2019-20, according to the report.

Central Bedfordshire Council bought the vast majority of the acres acquired (255), with Dorset County Council accounting for the remainder.

Next comes Staffordshire County Council at 383 acres, having partially completed its plans to sell 1,700 acres across 16 holdings, as announced in February 2019.

In comparison, a total of 3,126 acres was sold or otherwise disposed of by 22 smallholdings authorities between April 2018 and March 2019.

Over the same period the year before, the total area of county council farms in England shrank by 6,852 acres.

“It is disappointing that there has been a further net reduction in land across all local authority estates,” said Mr Dunn.

“County farms continue to be an important source of opportunity for new entrants and progressing farmers.

“While buying and selling land will be part and parcel of usual estate management practice, there needs to be better scrutiny of disposals to ensure that best value is being obtained for council taxpayers.”

The next largest is Lincolnshire County Council, with 16,457 acres, followed closely by Norfolk, owning 16,423 acres.

For the 33 authorities that provided data, a total of about £23m in rent was due for the holdings and the average rent was £125/acre.

For the 26 authorities that provided complete financial data, the total revenue account net surplus was £9.84m, up from £8.93m the previous year, when 27 authorities responded in full.

NFU tenants forum deputy chairman David Martin said he was pleased to see Defra recognised the importance of county farms within the industry as well as the wider benefits they delivered to the public.

“However, we are disappointed to yet again see a decrease in the area of land held by the county farm estate, with land being sold significantly outweighing acquisition.”