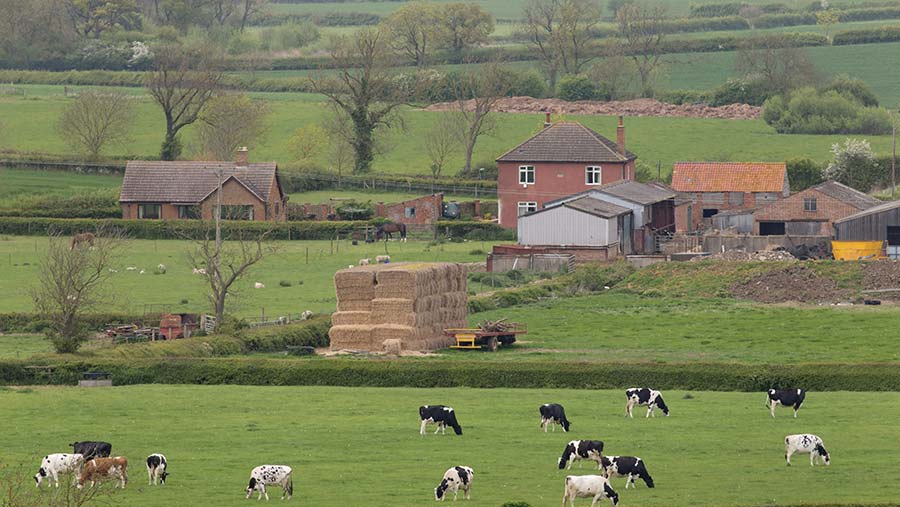 Area-based subsidies and uncertainty over post-Brexit farm policy are to blame for a decrease in tenancy term lengths across Great Britain.

In England and Wales, these issues have seen the average length of farm business tenancies (FBTs) fall to just over four years, according to the results of the Central Association of Agricultural Valuers (CAAV) agricultural land occupation survey for 2018.

The CAAV says both landowners and prospective tenants are cautious of being committed to longer-term arrangements ahead of potential post-Brexit changes to trade and support.

The average length of FBTs in England and Wales let for more than a season (excluding seasonal and rotational cropping lettings) in 2018 was just 4.14 years, the report shows. This was down from 4.98 years in 2017 and 5.94 years in 2016.

Across all types of lettings, the length of lettings has for many years averaged between 3.5 and four years, but in 2018 this average fell to 2.9 years.

New entrants took 23% of the lettings that were made to a new occupier of the land, and 32.5% of lettings to new entrants were for longer than five years (compared with 8% for existing tenants), suggesting new entrants are offered longer terms.

The main source of lettings is private landowners, rather than institutions or public sector bodies.

Jeremy Moody, secretary and adviser to the CAAV, attributes this to area payments, which reward the occupation of land, and says it seems likely that more land could be let but for the Basic Payment.

However, he believes the sector generally is also cautious about potential post-Brexit changes.

“A 10-year tenancy let in autumn 2018 would run until autumn 2028 and so potentially see the complete removal of Basic Payment and many other changes to markets and rules,” Mr Moody said.

In Scotland, letting activity has remained low and only five lettings to new entrants were reported.

Just 19% of lettings included a dwelling and the average term length was just over 4.5 years.

Scotland’s complex and changing legislation, combined with a political climate in which the Scottish government’s review group described being a landlord as a “high-risk, low-reward” activity, has seen the tenanted area nearly halve since the early 1990s, according to the report.

The Tenant Farmers Association (TFA) says the 2018 survey results show a worrying decrease in the security of farm tenure in comparison with recent years.

The short-term nature of tenancies is crippling the sector and the high demand for farmland means landlords can offer short terms for high rents, while pocketing generous tax benefits, the association argues.

George Dunn, the TFA chief executive, said: “These statistics are simply dreadful. Everyone agrees that long-term relationships are the best way to achieve positive outcomes for landlords and tenants and yet the market is failing to deliver efficient or sustainable outcomes. In fact, it is going backwards.

“It is now urgent that the government steps in to address this major market failure.”

The TFA is calling for agricultural property relief from inheritance tax to be restricted to those landlords prepared to let farmland for 10 years or more; landlords prepared to let farm land for 10 years or more to be offered the ability to declare their income as if it was trading income for taxation purposes; and stamp duty land tax to be reformed to end the discrimination against longer farmer tenancies.