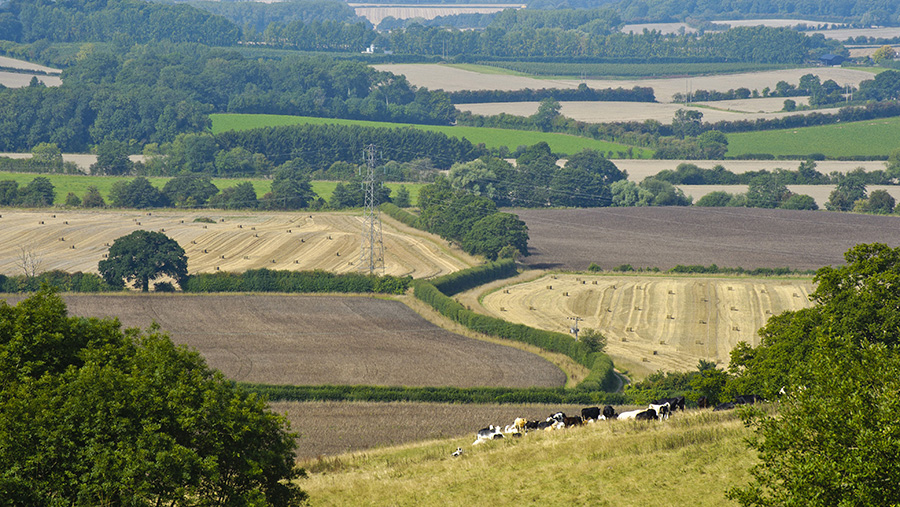 About 4,200 acres of Herefordshire County Council’s farming estate will go on sale later this month, but late valuations are leaving tenants unable to plan for the future.

The valuations are yet to be carried out for seven tenants out of 11 on farm business tenancies (FBTs), who have been served notice to quit on 30 September.

George Dunn, chief executive of the Tenant Farmers Association, said that in each case tenants would be owed tens of thousands of pounds for improvements they had made and for items such as crops in the ground and residual fertiliser.

“They don’t know where they’re going next or what compensation they will get,” said Mr Dunn. “They are limited to what they can plan.”

Under good practice, the council should have helped provide a “bridge to the private sector” by introducing tenants to landlords such as the Duchy of Cornwall and Crown Estate, said Mr Dunn.

The council, which currently receives £400,000 annually in farm rents, hopes to raise £40m from the sale when it goes live on Monday 24 April.

A backlog of maintenance works that the council has not carried out have been valued at £2.8m.
“The council has badly managed the estate and not taken development opportunities,” said Mr Dunn.

Criticism of the council’s decision to sell most of its smallholding estate was reignited two months ago after it emerged that the council had gone against the advice of its land agent, Fisher German.

The agent’s report, written in 2014, advised the council to rationalise its estate but keep part of it for entry-level farmers.

But the report, which the council says was an incomplete draft, was not made available to the council’s scrutiny committee before the decision was taken, in December 2015, to sell its farms.

It was only published in February this year after the Information Commissioner’s Office ordered the council to do so.

As of 31 March, 32 farming tenants were on the holdings earmarked for sale. Fisher German has divided the estate into 13 sub-estates and 59 lots – 44 of which will be available with vacant possession.

The estate will be sold by formal tender with a closing date of midday on 5 July.