Five impressive candidates are shortlisted for the 2019 Steven and Gill Bullock Award, presented to the Nuffield scholar judged to have done the most with their Nuffield experience 10 years after completing their scholar’s report.

Established in memory of Steven Bullock, Farmers Weekly‘s farm manager from 1963 to 1988, the award comes with a £1,000 cash prize. Karl Schneider profiles the finalists. 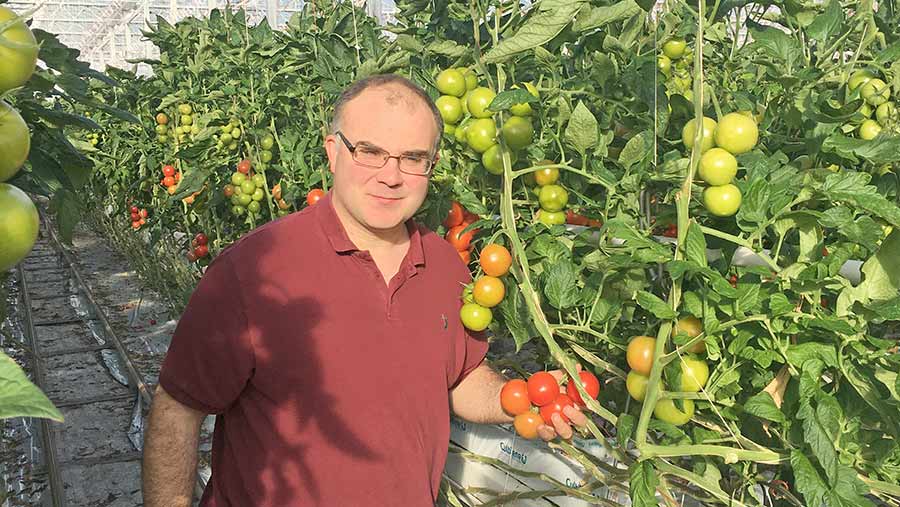 In 2009 Jim Shanks used his Nuffield scholarship to travel to Sweden, Denmark, Germany and the US, looking at energy from agriculture.

He returned convinced of the potential of wind and biogas, but also inspired by the idea of using on-farm energy to fuel further diversification.

Things didn’t start well. Jim applied for planning for a 500kW wind turbine on his home farm in Hawick, in the Scottish borders. However, there was a concerted opposition campaign that encouraged local people to fill in pro-forma objection forms – available from the local shop – and the bid ultimately failed.

Undeterred, Jim turned his attention to biogas and, in 2014, power began to flow from a 200kW biogas unit. The plant now operates 8,575 hours a year at full capacity, putting it in the top 2% in the UK.

But Jim’s biggest success has come from tomatoes. In 2016, he built a 1.6ha glasshouse producing tomatoes using waste heat and carbon dioxide from the biogas plant.

Opened in 2017 by Princess Anne, the glasshouse now produces 750t of tomatoes a year for Morrisons and Asda, resurrecting an industry that had virtually died north of the border.

“We took the worst-performing four acres of land on the farm and turned it into the most productive in rural Scotland,” Jim says.

The glasshouse employs 100% local staff, and Jim is particularly proud of the fact that the space in the local shop where the objection forms once lay is now taken up with tomatoes.

Jim is also a director of Borders Machinery Ring, a director of the Border Union Agricultural Society and chairman of Nuffield Scotland. 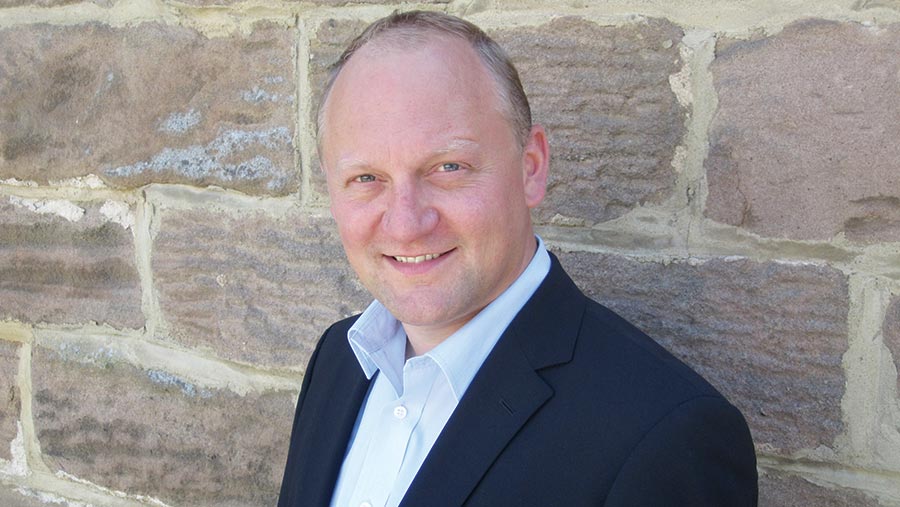 Nick Chippindale is the third generation to be involved in the family poultry business, based in Harrogate, Yorkshire.

He joined Chippindale Foods in 1993 after completing an honours degree in industrial design at Newcastle Polytechnic.

Nick’s 2009 Nuffield scholarship investigated the effect EU legislation banning the use of conventional layer cages would have on the UK poultry sector.

He returned with renewed confidence and a commitment to expand the company’s free-range egg business.

Moving to 100% free-range production, he rapidly expanded the operation to 1.2 million layers.

With the family farm too small to support further expansion, Nick relocated the business to a bigger site where, in 2013, he completed construction of a 5,100sq m state-of-the-art egg-grading and packing facility.

Working with local poultry farmers, the business went from strength to strength. An early customer was Morrisons – Nick started selling Yorkshire eggs to three local stores, and now supplies 500 of the supermarket’s outlets.

So successful was the relationship that, last year, Chippindale was bought by Morrisons Manufacturing, the supermarket giant’s food production arm. Chippindale now packs more than 1m eggs a day.

The strong working relationship with farmers remains at the heart of the business and underpins the company’s initiatives to boost quality and sustainability.

One example of this is the “Bee-friendly farm” initiative, which encourages farmers to plant areas of nectar-rich habitat within the birds’ range.

The programme won the Compassion in World Farming Sustainability Award earlier this year.

Nick continues to work in the business, focusing on expansion plans. He still values his relationship with fellow Nuffield scholars, and is the current chairman of the Nuffield Poultry Study Group. 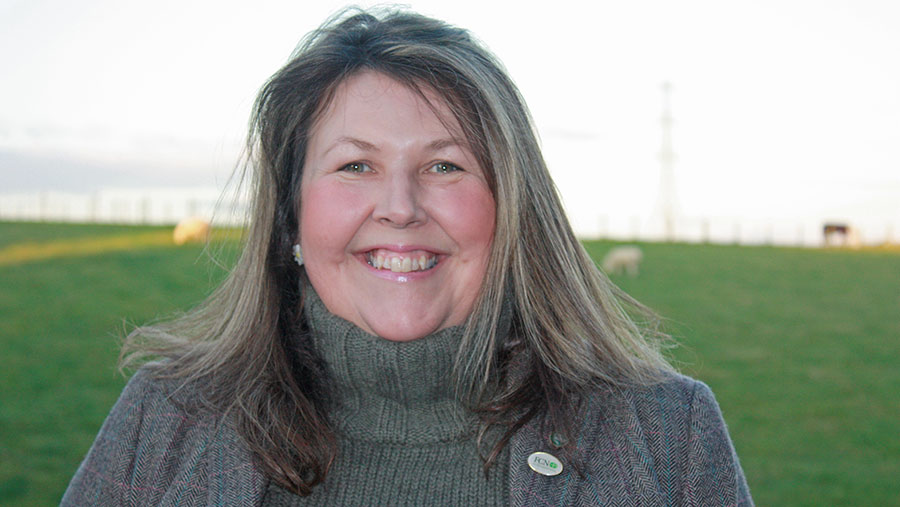 Lameness prevention in dairy cows was the topic of Jo Speed’s Nuffield scholarship, which she began in 2008.

Returning from her travels, Jo immediately set to work to make a difference.

Working at the AHDB, she was instrumental in launching a tool to help dairy farmers tackle lameness (the AHDB Healthy Feet programme).

This dovetailed with another strand of her work, where she developed a scoring system to measure cow mobility.

The AHDB Mobility Score has since become recognised in the UK and internationally as the standard measure of cow mobility, used by farm assurance schemes and the industry.

Jo realised the new scoring system would only work if those applying it were properly trained. So, in 2016, she was part of a team that launched a new qualification for mobility scoring, along with a Register of Mobility Scorers (RoMS).

This work has enabled the industry, farm assurance groups, retailers and processors to work with farmers to develop standards and monitor lameness more effectively.

During her Nuffield travels, Jo noted that farmers with a positive attitude towards tackling lameness achieved better results, whichever system they farmed.

She came to the conclusion that this “people factor” was just as important as developing the right tools, techniques and standards for lameness.

Therefore, in 2014, she studied for a postgraduate diploma in psychology and earned a qualification in life coaching.

Jo has used her new skills to improve her performance in her current role with dairy specialist Kite Consulting, working directly with farming businesses and individuals to coach and mentor them.

Having experienced the effect of a Nuffield scholarship first-hand, Jo has been keen to support the organisation.

She has chaired the northern scholars group for the past five years and in 2016 took a lead role in organising the Nuffield Farming Conference. She has also volunteered to mentor new scholars, taking on her first scholar this year. 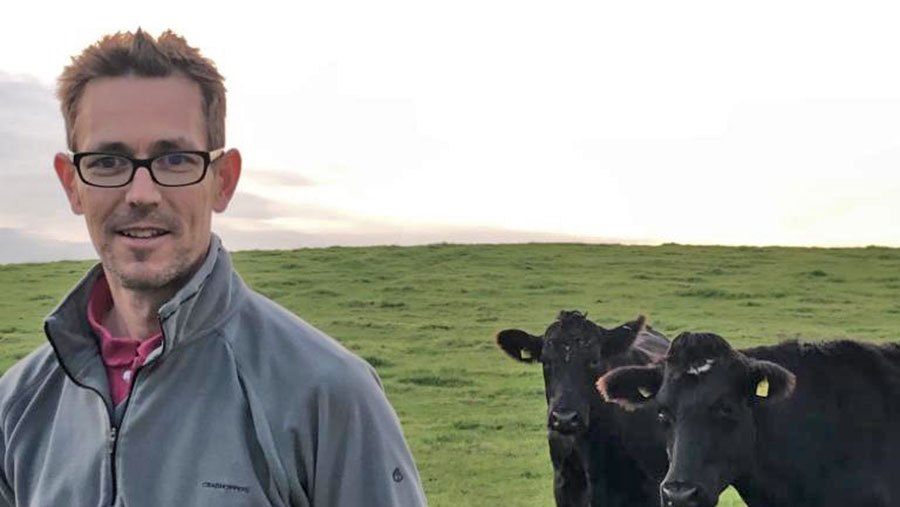 When he applied for a Nuffield scholarship in 2008, Oliver Surman ran a 200-cow organic dairy, a suckler beef herd and had just started Pegoty Hedge, an on-farm ready-meal production business.

Ten years on, while the farm still sits at the heart of the enterprise, the business has expanded dramatically.

The farm hosts multiple festivals and music events and runs an award-winning triathlon. These events attract more than 20,000 people to the farm each year.

But it is the food business – the driver for his Nuffield studies on “Conquering the world from a farmhouse kitchen” – that is the star performer.

Pegoty Hedge has grown year-on-year and is now a well-recognised and established organic food brand.

The business has developed its own branded meals, alongside substantial co-packing arrangements with major food businesses.

Oliver now supplies Pegoty Hedge-branded meals to Ocado, Budgens, Abel & Cole and many other retailers across the UK.

Having established a strong reputation, the business is frequently approached to pioneer new projects, working with industry leaders such as Riverford.

Ten years ago, Oliver’s business turned over about £100,000 and employed five people on the farm. Today it is more than 10 times that size, with the food business accounting for two thirds of revenue.

The farm now only employs one person, but the food business has 10 staff, with up to five more contract workers brought in during peak periods.

Oliver has continued his involvement with Nuffield, serving as a trustee of the Nuffield Farming Scholarship Trust for the past five years. 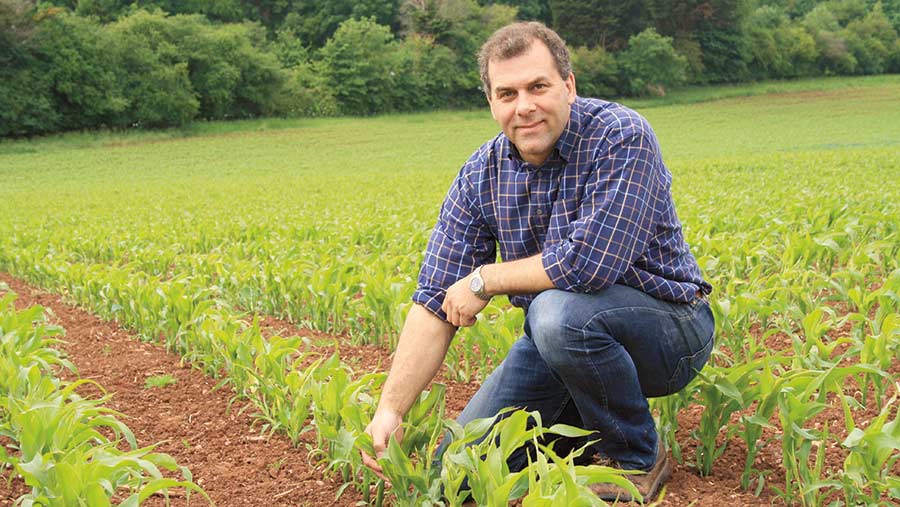 Alistair House, who was also a Bullock Award finalist last year, has built an innovative drying business on his arable farm in Somerset, after spending his Nuffield year investigating the scope to develop maize production in the UK.

Last year we described how Alistair was drying the waste left over from blackcurrants used to make Ribena, accounting for 95% of UK blackcurrant production.

The dried skins are used to make food colouring and the seeds produce omega 3-rich oil.

A year on, Alistair is working on several new projects, exploring a range of other commodities that could be put through his dryers to produce useful – and valuable – products.

Apple pomace looks like a particularly promising candidate for drying. Alistair is working with several blue-chip firms such as Nestlé, with whom he is collaborating on a two-year InnovateUK project to develop a fruit-based “flour” fibre from apple.

This is for use in confectionery and bakery as part of a move to meet major government sugar-reduction targets, to reduce childhood obesity and diabetes.

He has just bought another dryer with an eye on this new opportunity, and one option is to ship this dryer to operate in Belgium for part of the year and South Africa for another part, exploiting the different apple-growing seasons in these countries.

Brewers’ grains offer another interesting possibility. Dried and then milled, the output is high in fibre and high in protein. Again, bakers are looking at using this ingredient.

When not working on his expanding drying business, Alistair is involved in charity work to raise funds for research into cystic fibrosis (a condition that affects his eldest daughter), including hosting school visits on his farm.