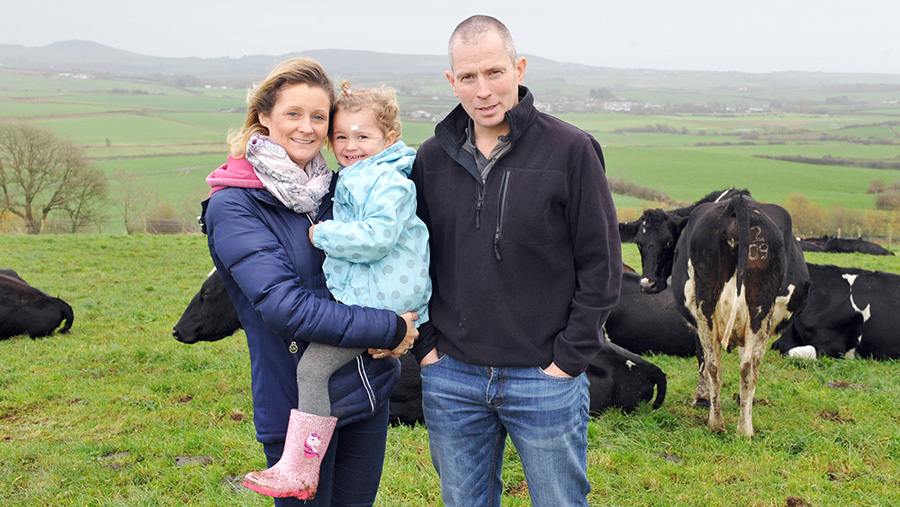 Rhys and Kelly Williams, pictured with their youngest daughter, Cadi, have gone from owning no cows to 1,600

Rhys Williams has made a spectacular ascent up the farming ladder since winning a Nuffield Scholarship and travelling abroad to learn the intricacies of wealth creation in dairy farming.

While his progression in the milk sector was impressive before he undertook the study – he owned 750 cows just five years after entering the industry with no stock and no land – his advancement since presenting his paper at the 2011 Nuffield conference has been nothing short of remarkable.

Mr Williams and his wife, Kelly, now own a 93ha dairy farm and have developed a business that milks 2,200 cows on five sites in north Wales.

“The Nuffield experience made me consider how to develop and grow the business better and I have applied the knowledge I gained to structuring the business,” he reflects.

His initial route into dairy farming was a partnership with David Wynne-Finch, trading as Padog Farms. Both men were directors of a company based on cow ownership and rented land and had equal shares in the business.

Mr Williams was encouraged to apply for a scholarship by New Zealand grazing consultant Tom Phillips.

“He wasn’t a Nuffield Scholar but he was my mentor throughout the process,” recalls Mr Williams. 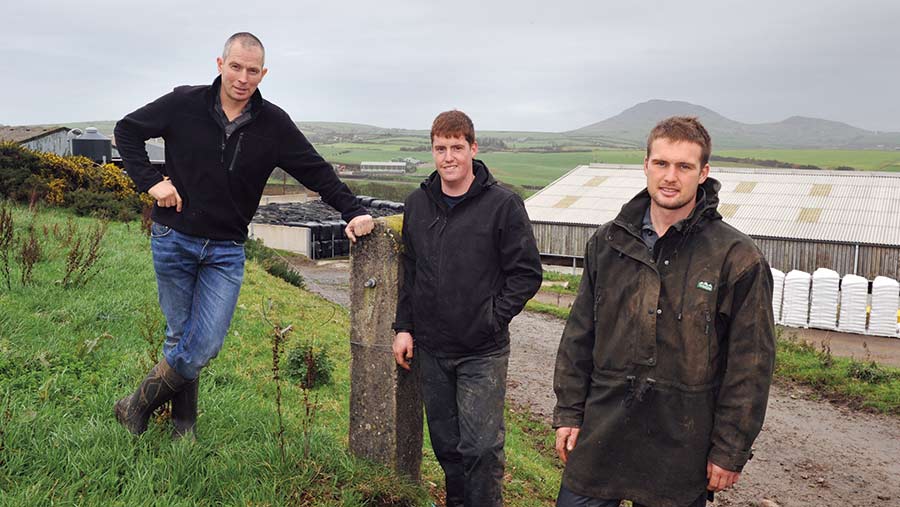 “I could see big advantages in applying because Kelly and I had reached a point where we had worked hard in those initial five years and were looking for direction and needed to evaluate how we would move forward over the next 10 years.’’

The first stop on the travel itinerary was Ireland, during 15-weeks overseas that also took him to New Zealand, Chile, Uruguay and France.

“Ireland was my first port of call because of its huge relevance to producing milk from grass, which mirrored our own system.”

At that time, he considered grass-based spring calving as the only way to farm.

“What Nuffield quickly did was to broaden that very narrow vision, it became very apparent that it doesn’t matter if you are growing mushrooms, farming goats or producing milk, the concept of growing a farming business is very similar. It’s all about the people involved.”

Raised on a 4ha smallholding, Mr Williams’s ambition to one day own a farm was unwavering but he had lost sight of that goal before embarking on his study.

“My ambition had changed to milking a lot of cows,” he laughs. “But Nuffield made me think more about our ultimate destination.”

When he completed his study two things happened – he was offered the chance to buy Trygarn, one of the farms he was renting, and the business structure changed.

“David and I agreed to end the partnership after we lost a big block of land that had supported the business.”

With 750 cows to their name, the Williams’s formed their own business and rented or share farmed four other farms.

They drew in talented young people to farm with them using a variety of structures including share-farming agreements, all run differently depending on the level of investment and expertise.

The Williams’s own 70% of the 2,200 cows milked across the farms and the other 30% is owned by the people running the units.

Three of the five units have agreements in place where the person in charge has financial involvement – this ranges from 10% to 50% ownership, which they have to buy. This means they pay a percentage of costs and receive the same share of profit. They are also paid a managers wage. A fourth unit will move onto a similar agreement in 2019.

On the share farming agreements the owner or landlord of the farms receive a share of the profits instead of a rent.

One of the herds is run as an all-year-calving unit, a system Mr Williams would never have contemplated before his study.

“The milk contract dictated the system but before doing the Nuffield I would probably have thought this farm needed to be spring calving too.”

But Nuffield broadened his mind to contemplate the unthinkable, in his words, “that there is more than one way to skin a cat’’.

“One of the biggest things I learned from my travelling was that if we were going to be successful we had to be flexible.”

Each farm is run separately and is a limited company in its own right. Mr Williams speaks to all the farmers at least three times a week.

The farmers are responsible for managing the staff and there are twice yearly performance reviews.

Share farming was his route in and he wants to give others the opportunities he enjoyed.

“I was exposed to share farming when I first worked in New Zealand in 1997, I just loved the concept and the fluidity of it,” he says. He always considers the person before the opportunity.

“You have to be 100% comfortable that they would be capable of running a farm, there is a high degree of trust.

“We are very fortunate with the people we have with us, they are the ones driving the business forward. I thrive on their enthusiasm.”

What’s the best piece of advice you were given on the trip?

To always rank your skills from one to five and to regard the top three as your core skills and outsource the bottom two. And always employ people who are better than you.

If you were to do it again what would you research?

I would love to study the same topic again, I could easily spend five years doing that as there is so much information out there.

What was the most impressive thing you saw?

Dairy Holdings in the South Island of New Zealand was exceptional at managing people and had stayed true to the share-milking model. A lot of the success with staff had come from working with Investors in People NZ.

What piece of advice would you give a budding Nuffield scholar?

It is never the right time so just do it.

Is there another country you wish you had visited?

Not a specific country, I just really enjoy travelling. It has broadened my mind massively, I am now a lot more inquisitive and appreciative of other agricultural sectors.

Did anything funny happen on your trip?

Taking two hours to convince a car hire representative at a very primitive airport in Chile I was the person who had booked the car – the only vehicle in the car park. She couldn’t speak English and I couldn’t speak Spanish.