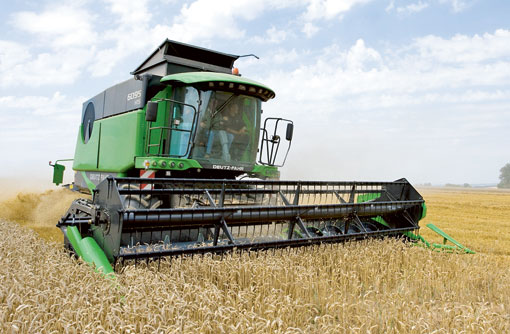 Traders suggest growers yet to sell should consider booking at least some of their tonnage while premiums hold up.

“For malting barley that is historically off the scale – over the past 10 years it has averaged around £20-25/t, and milling wheat slightly less.

“No-one can take these premiums for granted. Once buyers get a certain degree of cover, premiums tend to reduce. And it is difficult to see why they would go higher – there is enough risk built in.”

Malting barley values for November 2012 stood at £170/t, and at £155/t for milling wheat, he said. However, given the range of contracts on offer, Mr Smith believed growers should consider alternatives as well as a straight fixed price.

For milling wheat, he advised a min-max contract. For full spec Group 1 breadmaking varieties this guaranteed a minimum premium of £20/t and a maximum of £40/t. The base price could be linked to Saxon’s daily feed wheat price or LIFFE futures and growers could fix at any time, he said.

For malting barley he favoured a min-max contract for the total value, given the more volatile market. The spring barley contract for Oct-Dec movement was worth £155-185/t. “That works out at £30-60/t over feed, well above historic levels.”

A range of contracts were available, including a tracker related to the fob malting barley price over the season. But min-max contracts were good for budgeting purposes and gave flexibility to absorb market movements, he said.

“The current spring contract of £155-185/t does mean the minimum is about £15/t below the spot price. But at least growers know it won’t fall further, and they should still secure a net margin of around £70/t on a 6.8t/ha crop at that price. Conversely, they also stand to gain up to £15/t if the market does move in their favour.”

He advised growers to hedge a percentage of the base price. “We have seen feed wheat prices fall from £150/t to £130/t for November 2012. But we have no idea how harvest is going to turn out in terms of size or quality. For someone who has not sold anything, even the lower end of that is worth hedging.”