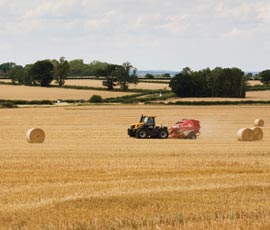 Although an agreement has been reached, much detail is yet to be negotiated and decided on the shape of the new CAP regime, both at EU and at national level.


However we have an outline of the key areas, which show the direction of the new policy. This will be based on a new Basic Payment Scheme (BPS) with entitlements, cross compliance and greening – environmental measures which must be undertaken to qualify for the new BPS direct support payments.


Click on the tabs below to find out more.

The first claim under the new CAP regime will be in 2015, when a Basic Payments Scheme (BPS) will be introduced. Environmental measures known as greening must be undertaken to qualify for 30% of the new direct payment.


National governments must decide on how they will implement many aspects of the reform, with separate consultations in autumn for England, Wales, Scotland and Northern Ireland.


Many of the financial aspects of the reforms are still to be decided in EU budget talks.


These include the level of capping and whether money taken from direct support to fund rural development must be matched by funds from member states. The way in which member states implement the optional aspects of the reforms will determine how competitive their farmers are.


One of these options is to couple part of direct support to production. “England will almost certainly not want to go back to having coupled payments,” said Richard King of consultant Andersons.


“The Scottish government is likely to be very keen to use the maximum flexibility to retain and expand its production-linked support such as the current Scottish Beef Calf Scheme. The position of the Welsh government is less clear.


“This will create distortions across the United Kingdom where, for example, some beef producers will be getting headage payments, while others won’t.”


The reforms also aim to close the gap between a member state’s average per-hectare payment rate and the EU average by 2020. The UK as a whole is close to the EU payment average, points out Andersons, but how the total UK fund is divided between devolved regions will be a bigger argument.


An agreement late last week means that it is prudent for farmers to budget for a further 5% cut in direct support for the 2014 claim year, on top of the 5% cut expected for 2013 payments, advises Andersons.


England is likely to roll over existing entitlements with those held at the end of 2014 converted into BPS for 2015. In Wales and Scotland, where the historic system operates, new BPS entitlements will be allocated using 2014 as the reference year, but with 2015 as the first claim year.


Only those making a 2013 SPS claim will be granted the new entitlements, but there will be a national reserve to deal with hardship claims.


Member states can limit the number of BPS entitlements granted to either 135% or 145% of the area declared under the SPS in 2009. This may have implications for allocations in Scotland, which has a large area of “naked acres”.


Changes to payment rates in member states should ensure all claimants get at least 60% of the average regional payment by 2019 – this will mean some losing payments, but losses can be limited to 30% of a claimant’s current payment. This is likely to affect Welsh and Scottish farmers.


Several top-up schemes (see the “What is compulsory?” and “What is optional?” tabs) will boost direct support payments, also known as Pillar 1 payments.


Three greening measures are compulsory in order for claimants to qualify for 30% of their annual direct payment. There will be some choice as to how member states run this aspect of the reform and certified organic farms will automatically meet the greening requirements.

No EFA is required on farms with more than 75% grassland (subject to a 30ha maximum). National measures could provide up to 50% of the country’s EFA requirementbut this is to be confirmed.


Practices and schemes that are judged may count towards the greening requirement but will not be double-funded, so ELS and HLS payments could be reduced if aspects of these schemes are offered as part of basic greening.


To give farmers time to adjust to the new system, penalties for not greening will only take effect from 2017, but after that penalties rise so that 125% of the greening payment would be lost in 2019.


Member states will have to introduce a gradual cap where a proportion of payments above €150,000 would be cut – 5% is the likely starting point. The cap originally proposed (no further payments after a €300,000 limit) has gone.


A list of activities not qualifying for direct support includes airports, water companies, railways, sports grounds – but if there is genuine farming activity they may still qualify for BPS. Member states will have some discretion on how claimants qualify.


Farmers younger than 40 must be paid a 25% top-up in entitlement values for five years. Qualifying areas will be limited to the average regional farm size (minimum 25ha, maximum 90ha). Andersons calculates that, at the upper limit of 90ha, the extra payment would be worth a maximum of about £3,500 a year.


Up to 15% of the direct support budget can be shifted or modulated in either direction by each member state between direct support and environment and rural development spending. Andersons expects all UK administrations to do this to some extent, with England to switching to the full 15%.


Money switched in this way had to be match-funded in the past, with each £1 from the EU budget being matched by £1 from member state governments. There is no requirement for this in future.


The first 30ha (or the average national farm size if larger) can receive a top-up capped at 65% of the regional average payment rate, and total funding limited to 30% of the BPS fund. Member states spending more than a certain proportion of their budget on this may not need to implement capping.


Member states can choose to run a small farmers’ scheme – those qualifying would receive a fixed annual payment, have less stringent cross-compliance and no greening requirement. Andersons thinks it is unlikely any UK administration will opt to do this.


Up to 5% of the UK’s direct support budget can be used to provide extra payments for hill farmers.


Countries will be able to pay 8% of total BPS funds as coupled payments, plus another 2% for protein crop support. Those with a history of high levels of coupled support will be able to use 13%, plus the 2% for proteins for this purpose, and in some cases a higher rate than 13% may be possible.

See all news on CAP reform