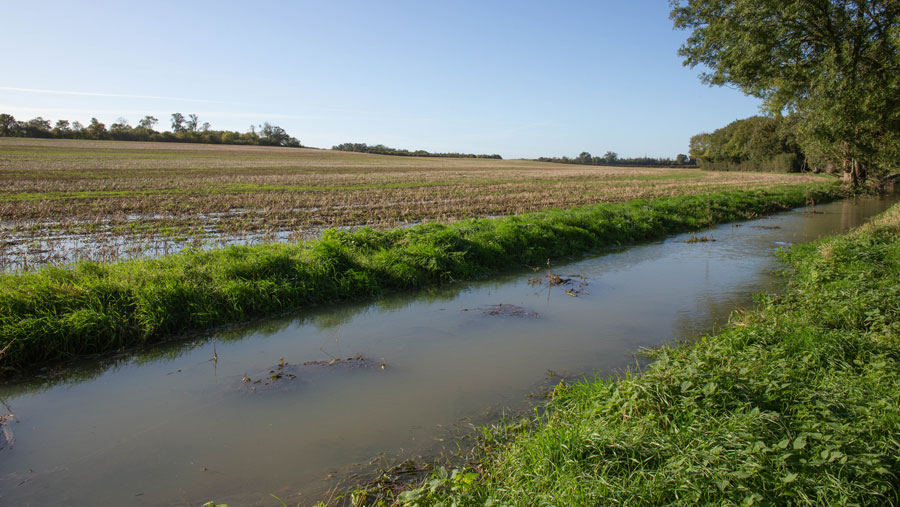 Farmers in England are being urged to check if their land is in a nitrate vulnerable zone (NVZ) – and they will have only 28 days to lodge an appeal.

Defra has determined the NVZ designations that will apply from 2021 to 2024, as part of a four-yearly cycle.

NVZ designations have not changed from those in place between 2017 and 2020, so farmers are likely to know whether their farm falls within one. About 55% of agricultural land is designated at being at risk from nitrate pollution.

See also: The rules for arable farming in an NVZ in Northern Ireland and Scotland

Over the next few weeks, farmers will be notified whether their land is completely or partly in an NVZ. A further two batches of letters will be sent in October and November.

NVZ boundaries are drawn around whole fields, meaning none are only partly in an NVZ.

Fields in an NVZ are subject to restrictions on the use of nitrogen fertilisers and storage of organic manure.

The NFU said this year’s appeal process falls at a busy time for farmers, amid autumn cultivations and drilling.

In addition to this is ongoing uncertainty over the Environment Agency’s (EA) decision to extend the Farming Rules for Water to restrict the spreading of all organic fertiliser including manure, slurry and biosolids this autumn.

The NFU has advised farmers and landowners who are interested in launching an appeal to start preparations now as they will only have a 28-day window from the date on the letter.

Andrew Clark, NFU director of policy, said: “There are no new areas added as NVZ designations, so any challenges should already have been previously made.

“However, it could be that the water quality has improved since the last four-year cycle and there is no longer a case for that area to be designated as an NVZ.

“Farmers should take the opportunity to check their maps among all the other things they have to do at the moment.”

Farmers can lay the groundwork for any appeal by checking if their land falls under a designated NVZ by using the interactive map on the EA’s website. Those who are having difficulty checking the online map, or require a printed paper map should call 03000 203 791.

Farmers must complete a notice of appeal form and send it to the First-tier Tribunal if they wish to make an appeal. Further information is available on the Government website.