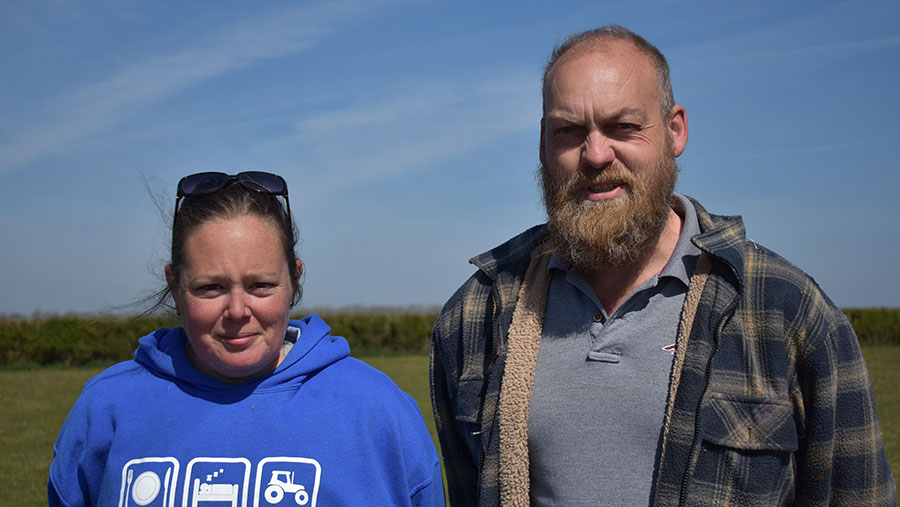 A Glamorgan beef and sheep farming couple are worried they will have to give up keeping cattle unless the Welsh government reverses its decision to impose a “draconian” nitrate vulnerable zone (NVZ) across Wales.

The third-generation farmers say they will have to give up keeping cattle if current Water Resources (Control of Agricultural Pollution) (Wales) Regulations – which came into effect from 1 April – are not adjusted to incorporate recommendations made by industry stakeholder groups.

The couple, who keep 35 breeding cows and 130 breeding ewes, say the new draconian limits on slurry spreading and storage will cost them a fortune and they are at “the end of their tether”.

They have had an advice session with Farming Connect, which informed them they would have to cover one of their existing yards, plus cover where they scrape the slurry to and also put in a slurry store.

“Judging on what the shed we had to put up recently has cost us, I don’t think we’ll have any change out of £50,000 if we try to meet the requirements of the new regulations,” said Ms Edwards.

“Thirty-five cows don’t bring in that sort of money. Where do you get that money from? And you still need to pay it back at the end if it’s borrowed.

“We’re looking at the kids probably still paying off what we would spend. It would be far more stressful having to pay all that money back than getting rid of the cows.”

Mr Walker said the regulations are going to have a huge effect on their farm business and trying to comply with them will be too expensive.

“If nothing is done to amend or annul what we are facing now, I’ll have no choice but to get rid of the cattle,” he added.

The Welsh government announced in January that £11.5m of funding would be made available to help farmers comply with the new rules.

But this represents just 3% of the £360m the Welsh government’s own impact assessment estimates the costs could be for Welsh farmers.

At Flaxland Farm, the muck gets spread on about 12ha of fields in September, when the fields are clear, and it is left for a couple of months to rot down and go into the ground before being used as grazing for the new-season lambs.

The couple say using organic fertiliser spares them the cost of using artificial fertiliser, which is about £300/t.

“We spread the slurry over winter. It helps the grass grow and we can turn the lambs and sheep out early. The spring lambs have fresh, good grass and it hasn’t cost us a fortune in bagged fertiliser,” explained Mr Walker.

The couple say they have never had a pollution incident and the river that runs by their farm has been tested many times for nitrate pollution and there has never been any problems.

The Labour-led Welsh government insists that the new rules, which will mean tougher restrictions on the use of slurry and fertilisers, are necessary to tackle river pollution and improve water quality in rivers and lakes.

The changes, which will have a big effect on dairy farms, require farms to upgrade slurry storage facilities and have at least five months’ worth of slurry storage, and will impose a three-month ban on slurry spreading every autumn to curb run-off from fields during wet months.