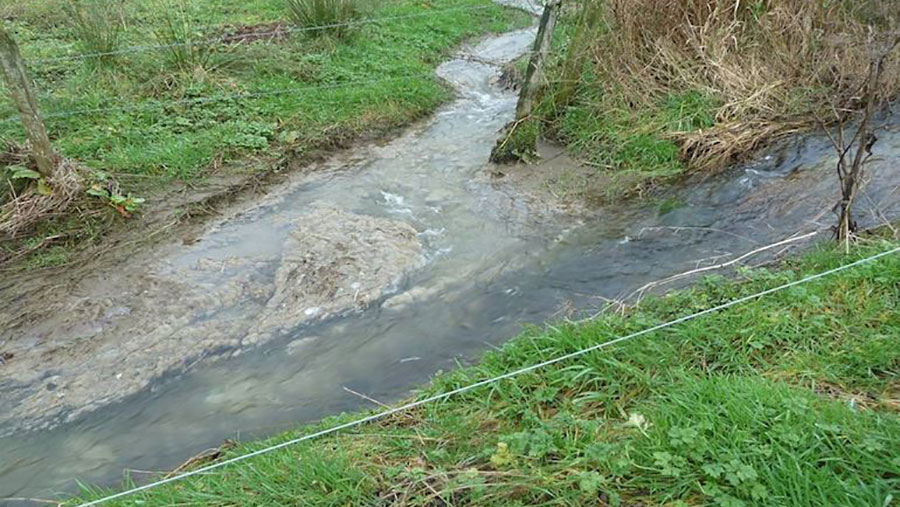 A Carmarthenshire dairy farmer has been ordered to pay fines and costs of more than £12,000 for persistently polluting a river with silage effluent, despite warnings by Natural Resources Wales (NRW).

The effluent from an overflowing silage tank at Cwrt Farm, Pentrecwrt, made the Afon Gwr Fach poisonous to fish, Llanelli Magistrates’ Court was told.

The farmer, David Benjamin Huw Marks, had failed to empty the tank when needed, causing it to overflow and drain into the river on three separate occasions.

Sewage fungus was found along a 0.75km stretch of the river between the farm and where it meets the River Teifi.

The court was told that warnings and advice issued by NRW officers had not been heeded.

Mr Marks, who pleaded guilty to offences under the Environmental Permitting Regulations 2016, was fined £6,000 and ordered to pay £6,327 costs and a £170 victim surcharge.

But when there was compelling evidence that regulations were being deliberately flouted, it would “not hesitate” to take enforcement action, he added.

“We recognise that sometimes things do go wrong, but we urge farmers that if they know they have caused pollution, to report it to us at NRW immediately by calling 0300 065 3000.

“The sooner we know about it, the sooner we can work with them to try to reduce the impact on the environment.”