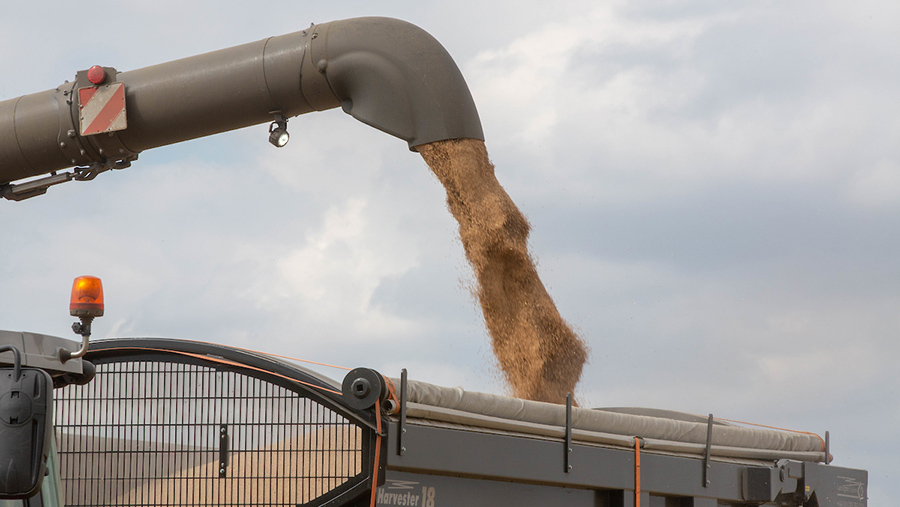 Cereal farmers have held a meeting with the AHDB to discuss the prospect of a digital passport method of allowing non-Red Tractor assured grain to enter UK feed mill markets.

There are about 47,000 cereal farm holdings in the UK, but only 20,000 of these are in a recognised assurance scheme such as Red Tractor, Scottish Quality Crops or the Northern Ireland Farm Quality Assured Crops scheme – and therefore able to access Agricultural Industries Confederation (AIC)/Universal Feed Assurance Scheme (UFAS) accredited feed mills.

It should be recognised, however, that a proportion of feed grain is home fed or sold non-assured to another farm for feeding.

Following the meeting, which was held near Milton Keynes on Friday (19 November), Red Tractor released a statement acknowledging that non-assured growers should be allowed “like-for-like” access to UK feed grain mills.

Jim Moseley, chief executive of Red Tractor, said: “We are urging the AIC to review and amend its scheme to create a domestic route to market for non-assured domestic grain under Femas [Feed Materials Assurance Scheme] and its ‘gatekeeper protocol’.

“Equal opportunities to supply the UK’s assured animal feed market should be given to domestic farmers as is afforded to imported grain.”

An industry working group, chaired by NFU vice-president Tom Bradshaw, has confirmed that the AIC is looking at changes to the recognised supplier schemes lists to allow a “gatekeeper” route for non-assured grain.

Responding to the announcement, Mr Ridsdale told Farmers Weekly: “This could be a step-change in how assurance can work for UK grain, but the devil will be in the detail.

“We’d now like to see not only AIC, but also UK Flour Millers, Scopa [the Seed Crushers and Oil Processors Association] and the Maltsters’ Association of Great Britain join the discussion with AHDB to help form this new assurance method so that it’s built to access all markets.”

Now gatekeeper-style access is likely to be accepted for feed grains, Mr Ridsdale said the same concept could also apply to human-consumption markets that are currently accepting imports under this method.

“A multi-tier system could have basic requirements for feed grains, while a higher tier could work for grain supplied to millers, maltsters and crushers,” he explained.

“All eyes are now on the AHDB and NFU to see how they can negotiate access to all grain markets without putting UK farmers at a competitive disadvantage to imports.”

The AHDB confirmed that it was exploring the gatekeeper process for grain markets and checking procedures used in the import supply chains.

A spokesman said: “We will continue to listen to and address the concerns of our levy payers, but any potential changes to standards for UK and non-UK grain will need to involve wider discussions within the sector.”

Under current farm assurance schemes, farms are audited, on average, every 12 months, which means any non-conformances are only identified after the event.

For example, the real-time system would notify farmers when their National Sprayer Test Scheme (NSTS) certificate is expiring.

Harvest grain movements could also not be made until system criteria had been met – for example, a completed mycotoxin risk assessment.

“A digital scheme overseen by AHDB could be cheaper and easier for farmers to comply with compared to a scheme such as Red Tractor, as it might only look at food safety, yet can be more robust than a 12-month monitored scheme.

“The suggestion of AHDB running the scheme means it’s controlled by levy payers – both farmers and industry – and not by a third-party, private assurance company.”