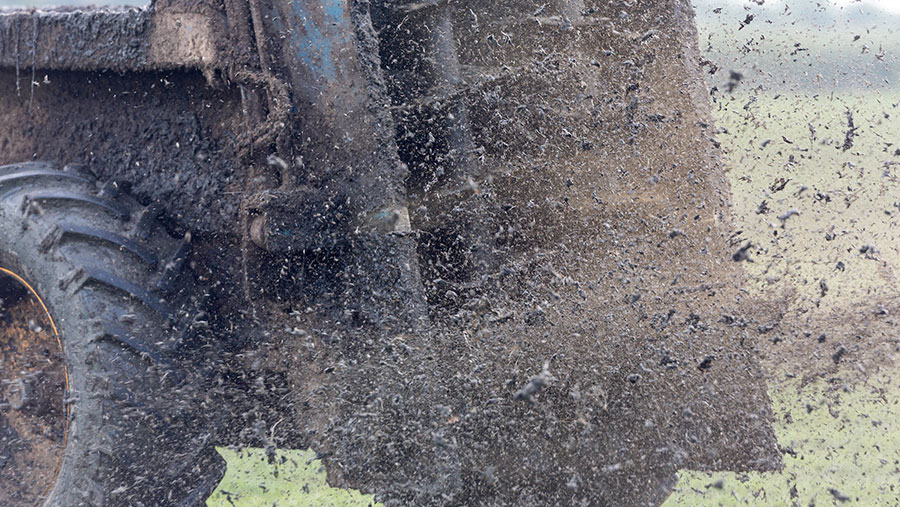 The Welsh government should rethink its all-Wales nitrate vulnerable Zone (NVZ) rules in line with recommendations from a Senedd committee, farming unions have said.

The Economy, Trade and Rural Affairs (Etra) committee report followed intense opposition to the NVZ rules, which began a three-year rollout on 1 April 2021.

Despite the timescale for farmers to comply with certain aspects, such as increased slurry storage capacities, Welsh farming unions claimed the rules were punitive, draconian and unworkable.

The two unions, NFU Cymru and the Farmers’ Union of Wales, highlighted the huge and escalating costs involved in upgrading on-farm infrastructure to meet the regulations.

They also pointed out that fertiliser spreading limits would reduce grass growth, restricting stocking rates and, ultimately, curbing production. That would dent output and lead to job losses throughout the supply chain, the unions said.

The Etra committee report, released on 8 June, reflects those concerns, calling for the Welsh government to review the policy at an early opportunity.

Among its recommendations, the Etra committee urged the Welsh government to introduce a derogation allowing qualifying grassland farms to spread up to 250kg/ha of nitrogen.

And it highlighted the need for clarity on farm support measures, needed to help businesses meet potentially crippling compliance costs.

These were previously calculated by the Welsh government to be £360m of upfront capital investment, and a total of £813.5m extra costs over 20 years.

NFU Cymru president Aled Jones added that many farms were finding it very difficult to get infrastructure improvements through the planning regime.

“The committee report is right to ask the minister to set out considerations about how the planning system will cope with the consequences of the work associated with these regulations,” he said.

“We continue to believe the Welsh government’s regulatory impact assessment has failed to properly consider the effect of the regulations on these farming businesses.”

FUW senior policy officer Gareth Parry said the FUW had long maintained the regulations were disproportionate and should be amended to better target agricultural pollution issues.

“The FUW will be discussing the report in detail with Senedd members ahead of a debate in the coming weeks, to ensure the recommendations are implemented in full,” Mr Parry said.