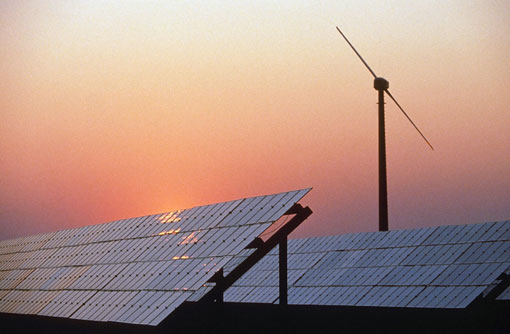 Wide-ranging changes to Feed-in Tariff support for all types of renewable energy technologies have been unveiled by the government.

The reforms propose further significant reductions to solar tariffs from this summer and cuts to support for wind power later in the year. Among a number of other changes are plans to introduce a formal system of FiT payment degression to reflect falling costs in the industry.

Climate change minister Greg Barker said the changes would help make the most of the limited FiT budget. “Our new plans will see almost two-and-a-half times more installations than originally projected by 2015 which is good news for the sustainable growth of the industry.

“I want to see a bright and vibrant future for small scale renewables in the UK and allow each of the technologies to reach their potential where they can get to a point where they can stand on their own two feet without the need for subsidy sooner rather than later.”

Last week’s announcement included confirmation of some details that were proposed in last autumn’s consultation, alongside proposals for further changes, which are now the subject of two new consultations. Below is a summary of what’s been confirmed and what has been proposed.

As announced last month (Farmers Weekly, 27 January), the Department of Energy and Climate Change confirmed a new tariff of 21p/kWh will take effect from 1 April this year for domestic-size (4kW) solar installations registered on or after 3 March 2012.

This reduction – from nearer 40p – was originally proposed in Phase 1 of DECC’s FiT review consultation last autumn, alongside a range of cuts for larger installations.

The consultation has been the subject of an ongoing legal challenge that has still not been resolved – DECC is appealing to the Supreme Court and it could be months before the matter is resolved. As a result, DECC still cannot confirm what tariff rate installations that went live between 12 December 2011 and 3 March 2012 will receive. But in a bid to provide some certainty for investors, it says that if tariffs for those installations are eventually reduced, they will not fall lower than those proposed in the Phase 1 consultation.

Another element confirmed last week was the proposal to require domestic and non-domestic buildings to achieve an Energy Performance Certificate rating of D or above to qualify for the full FiT payment. This will only apply to solar PV installations, including extensions to existing solar installations, with an eligibility date on or after 1 April 2012.

However, where a solar PV installation attached to a barn also provides electricity to a farmhouse, DECC says the energy efficiency requirement will still apply and could be met if an EPC were provided demonstrating that the farmhouse was rated D or above.

The government also says that from 1 April 2012 it will introduce a multi-installation tariff, set at 80% of the standard tariff rate, which applies to claimants with 25 or more other installations.

Alongside the changes to solar FiTs from April, DECC also launched a consultation (Phase 2A) on proposed new tariffs due to come into effect from 1 July 2012, as part of a drive to make the PV tariff system more flexible.

It says tariffs should be set at a level that delivers returns of around 4.5-8%, although exact payments are likely to depend on deployment of new installations in March and April.

DECC proposes three different tariff scenarios, as shown in the table below. Option A: Targeting average rates of return of 5-8%, with around 5% for domestic installations. Option B – Reducing tariffs by around 25% from the 1 April levels by 1 July. Option C – Making a cut of around 21% from April.

DECC also proposes a new system of tariff degression from July that could peg subsidies to cost reductions and industry growth. This will be based around a timetable of tariff reductions, designed to incentivise the supply chain to make cost reductions.

An initial 5% cut in October is proposed, followed by a 5-10% cut every six months. Further more frequent reductions could be imposed if solar deployment exceeds 125% of expected uptake. It is likely the scheme will be reviewed annually to check it is meeting DECC’s objectives.

Other proposals suggest reducing the tariff lifetime for new PV entrants to the FiTs scheme from 25 to 20 years, bringing it in line with other technologies, and a possible move away from index-linked tariffs to a flat rate. DECC is also considering increasing the export tariff (currently 3.1p/kWh), although this is likely to be offset by a reduction in the generation tariff.

The final consultation document published last week proposes changes to the tariffs for the four non-PV technologies eligible for FITs – wind, hydro, anaerobic digestion and micro-CHP – and a cost-based degression system for each, similar to that proposed for solar.

Any tariff reductions would apply to new installations from October 2012 and are summarised below:

The most noticeable tariff reduction is for wind, where rates have been cut to reflect falling costs and capped at 21p/kWh. Rates for AD will be maintained, while some hydro schemes could see a slight cut and micro-CHP could get a small increase.

From April 2014, all tariffs could be subject to a minimum degression rate of 5% a year, although rapid uptake of any technology could trigger bigger cuts.

DECC is also considering energy efficiency measures similar to those outlined for solar for projects based on buildings. It is also looking at whether second-hand equipment could qualify for FiTs and if so, what tariff would apply.

“I do think we have seen a change of ambition for solar. The government seems to have accepted that it has an important role to play and DECC seems genuinely keen to work with the industry to ensure that it can deliver on its huge potential.”
Gaynor Hartnell, Renewable Energy Association chief executive

“We welcome the extra budget and increased ambition, but if many solar workers lose their jobs this year because of these changes, how can we hope to deliver on these aspirations.”
Howard Johns, Solar Trade Association chairman

“This looks like good news for some hydro and AD. We are still unsure how achievable EPC band D will be for those with listed or older, larger properties, in relation to the costs involved to bring them up to the required EPC standard.”
Susie Swift, Saffery Champness partner

“It is a relief that the FiT consultation has finally been published, but the ambition for AD is disappointingly low given the potential of the industry.”
Charlotte Morton, ADBA chief executive

“This is a disappointing outcome for the UK solar PV industry. The proposed alterations to FiT rates are likely to result in increased unemployment and business failures in that sector… unless there is a major and expedient price alteration in cap-ex terms, which seems unlikely.”
Andrew Watkin, head of energy and marine team for Carter Jonas

“This is a very good day for British solar. As material costs are going up, panel prices can’t come down any further, but there is capacity for efficiencies in installation that will ensure good returns thereafter.”
Robert Goss, Conergy UK managing director

“On the face of it [the consultation] is good news for farmers and for those involved in the medium-scale wind sector.”
Nigel Webster, Dulas business manager