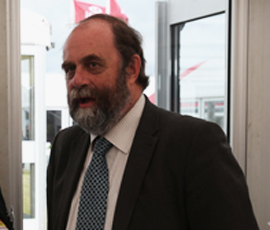 With farmers and NFU voicing concern over modulation, he asks the minister if farmers really can compete against competition from abroad if these plans go ahead.

Watch the video to hear David Heath’s views on the current stage of CAP reform talks.