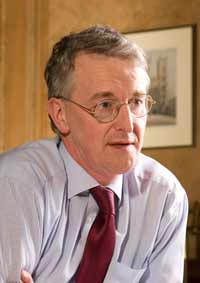 Defra has been accused of a cover up after it delayed answering questions and releasing a report on missing tapes containing farmers’ bank details.

But, almost a week later, shadow farm minister Nick Herbert said there was no sign of the report, while “very straightforward” parliamentary questions about the data loss had been delayed.

“Quite apart from the scandal of losing this data and the ongoing failures of the RPA, this deliberate stalling raises serious questions about ministers’ handling of this matter and what they knew about the data loss,” he said.

Mr Benn was forced to make a statement to the Commons after Farmers Weekly revealed that 39 tapes had gone missing, allegedly when they were transferred between Rural Payments Agency offices in Reading and Newcastle.

Defra was alerted to the loss in May, but did not alert the RPA. The agency discovered the problem in September and found 37 of the tapes, but at no time were farmers alerted.

A Defra spokesman denied a cover up and said the report was being finalised before it was made available to MPs.

“The report to Parliament is something that aims to cover all the issues that have been raised,” he added. “We are keen not to pre-empt the report.”