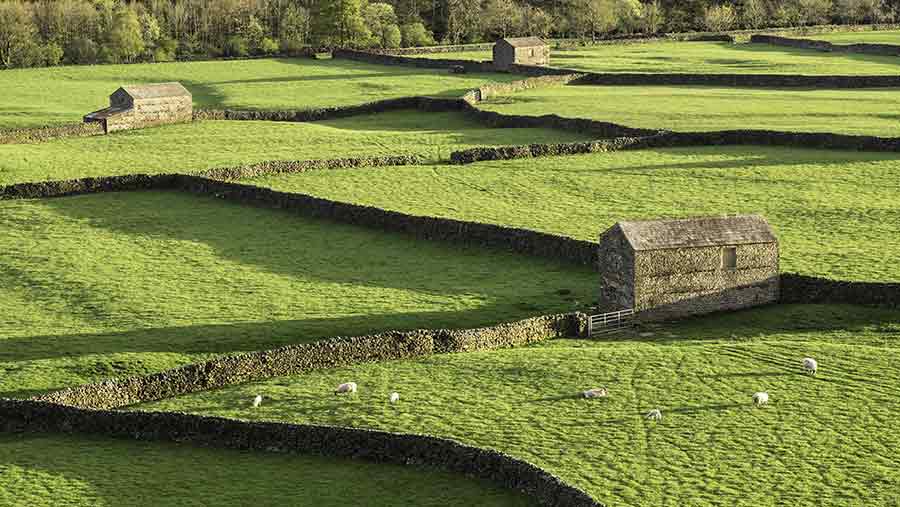 Large parts of British farming are at risk if the UK forges a post-Brexit free-trade deal with the US, a new report from the Harvard Kennedy School of business and government in Massachusetts and King’s College London has warned.

Co-written by former shadow chancellor Ed Balls, who is now affiliated to both institutions, the paper suggests the UK will be in a particularly weak bargaining position, given its relatively small size and inexperience – and agriculture is especially vulnerable.

The report finds that, despite the government’s enthusiasm for a “quick win” post Brexit, the UK will have little to gain from a free-trade deal. It will have to concede more on tariff reductions, given that current UK tariffs – especially on food – are generally higher than US tariffs.

“Defra is filled with rabid free traders who will sell us aspects of a better deal that will hurt agriculture.”
Senior board member at the Food Standards Agency

It also suggest the UK will have to go further than the 97.5% tariff reduction offered by the EU in the recent Transatlantic Trade and Investment Partnership (TTIP) negotiations, “given the smaller scale of opportunity the UK market offers”.

“For the US, removing or sharply reducing tariffs on agricultural products will be a key objective,” says the report.

“However, while consumers would certainly see lower prices, opening the UK market to much cheaper US food, produced under what is perceived to be lower health and environmental standards, could destroy large parts of British farming and face intense consumer resistance.”

The report quotes a senior board member at the Food Standards Agency as saying: “Those of us in agriculture feel vulnerable that we will be sacrificed in exchange for a better deal in services. Defra is filled with rabid free-traders who will sell us aspects of a better deal that will hurt agriculture.”

Key “asks” from the US are likely to include relaxation of regulations on labelling, food safety and use of genetically modified organisms.

“Such demands will almost certainly spark strong public opposition in the UK, illustrated by the already intense concern about possible imports of chlorine-washed chicken,” says the report.

It quotes a senior UK government official as saying: “Defra has made it clear they will not accept a deal which lowers food standards for the sake of a deal.”

Another sticking point is that the UK has already indicated it will adhere to large swathes of EU regulation, to secure access to that market, and this will limit the scope for any free-trade deal with the US.

But sustainable farming group Sustain is concerned that other interests may come to the fore.

“The report is clear on risks all round and trade secretary Liam Fox is mistaken if he thinks British people want to trade away food standards,” said Sustain’s campaign co-ordinator, Vicki Hird.

“We need affordable food, not ‘cheap’ food,” she said. “Cheap, poor-quality, imported food will come at a cost – to the farmer or food producer, to animal welfare, to the environment or jobs in UK food and farming.

“Our UK farming industry has worked hard to clean up meat production and while more is needed, we don’t want their farms and jobs put at risk by competition with cheap, poor-quality and lower-standard imports.”