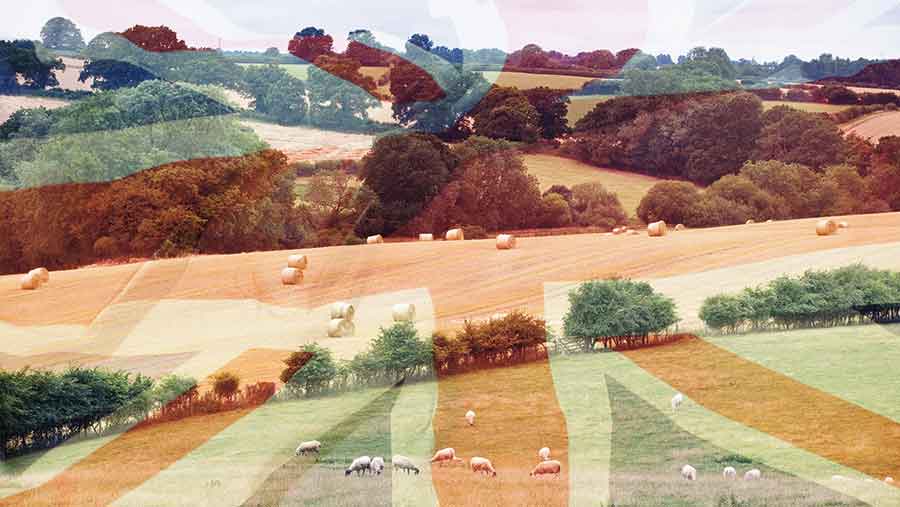 A typical lowland mixed family farm will be far worse off by 2025, whether the UK has a hard or a soft exit from the EU.

However, steps can be taken to assess the exposure of businesses to the exit, enabling them to be better placed to cope with the change.

Consultant Andersons has run scenarios for its Meadow Farm model to illustrate the potential effects of the so-called hard and soft Brexits (no access to the single market and continued access, respectively). The farm is a typical family-run 154ha beef, sheep and arable holding.

Under a soft Brexit, by 2025, the business makes a £131/ha loss from its farming operations before subsidy, a slightly better position than that currently envisaged for its 2017 performance (see table below).

However, with direct subsidy assumed to fall by one-third by 2025 under soft Brexit, the overall business surplus in this scenario is forecast to fall to just £8/ha, compared with £107/ha for 2017.

A hard Brexit scenario is far worse, with a £240/ha negative result before subsidy, which is assumed to fall to just one-third of current levels by 2025, giving an overall £170/ha loss.

Despite the many unknowns, it was important to spend time understanding and assessing the key issues affecting a farm business, said Michael Haverty, senior agricultural economist at The Andersons Centre.

“If farmers grapple with some of the issues now, then once the policy direction becomes clear they will be in a better position and won’t be caught in the headlights,” he said, acknowledging that the situation was difficult to forecast. He advised farmers to focus on:

Markets – understand where key markets for your produce are – in the EU or further afield, and your potential exposure if the UK is not part of the single market.

For example, for Meadow Farm, sheepmeat exports to the EU are very important, but the EU is also the UK’s largest export destination for wheat and beef.

Inputs – many of the main inputs are sourced from outside the UK, so trade arrangements and relative currency values will have a significant effect here, exposing farm businesses to supply and price risk.

For example, all of the soya meal used in the UK is imported, with 70% coming from outside the EU and 30% inside. About half of our nitrogen fertiliser is from EU sources and 20% of it non-EU.

The UK supplies 80% of its potash needs but no phosphate, importing 40% from the EU.

Support – UK government funding for direct support at current levels is expected to include the 2019, but not the 2020, claim. While a radical policy departure could be made, Andersons thinks this is unlikely given the time and resource pressure the government will be under.

A significant further risk for English farmers is the possibility of the devolved administrations in Scotland, Wales and Northern Ireland developing farm support that may be more generous, distorting competition.

Business sensitivity/exposure – the table on the left shows the possible effects on Meadow Farm of two scenarios relating to trade arrangements and potential changes in direct support under each of these.

If no EU-UK trade deal is concluded, the UK will revert to being governed by World Trade Organization (WTO) rules. This would mean UK farming paying tariffs on the commodities it sells into Europe.

The EU has trade deals with more than 50 countries globally, said Mr Haverty. There was significant doubt whether such agreements would apply to the UK on exit and the British government may have to negotiate new trade deals separately.

Opportunities – lower land prices and rents could mean significant opportunity for some farm businesses to expand.

There could also be scope for gains for UK beef in the domestic market. However, much depends on any terms on which the UK will trade with Ireland, and the levels of support the sector will get, warned Mr Haverty.

“I would have serious concern for the sector in a hard Brexit, particularly if the UK concludes free trade deals with the likes of Mercosur [Latin American countries including Brazil and Argentina].”

There may also be opportunities in pigs and poultry, both sectors where imports are significant. China and India’s rising sheepmeat consumption may also offer scope to increase exports, alongside demand for high-quality lamb to the Middle East.