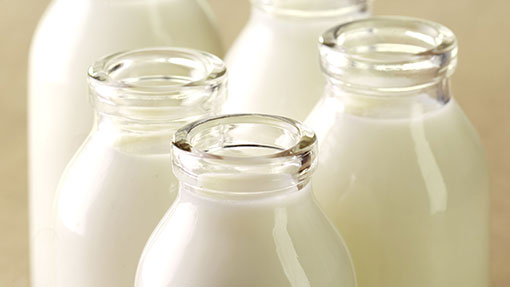 Figures for Actual Milk Price Equivalent (AMPE) and Milk for Cheese Value Equivalent (MCVE) in 2014 are now available after Dairy Co reviewed the calculations. These are on average 0.1p/litre higher and 0.8p/litre lower, respectively, than the previous figures.

In March the AMPE (based on butter and SMP returns) fell by 2.5p/litre to 33.1p, while the MCVE dropped from 35.7p to 33.4p/litre. However, further falls could be ahead as UK daily milk production continues to run 13% ahead of last year, with European production also buoyant.

“Spot prices are simply crashing, with one major milk processor claiming to have been offered one load of distress milk at 12p/litre,” said milk quota broker Ian Potter. Others were trading at 17-19p/litre.

“It’s a disaster. We don’t have the processing capacity to handle all this milk or the European outlets for the concentrate and those with insufficient processing and extra milk are bleeding.”