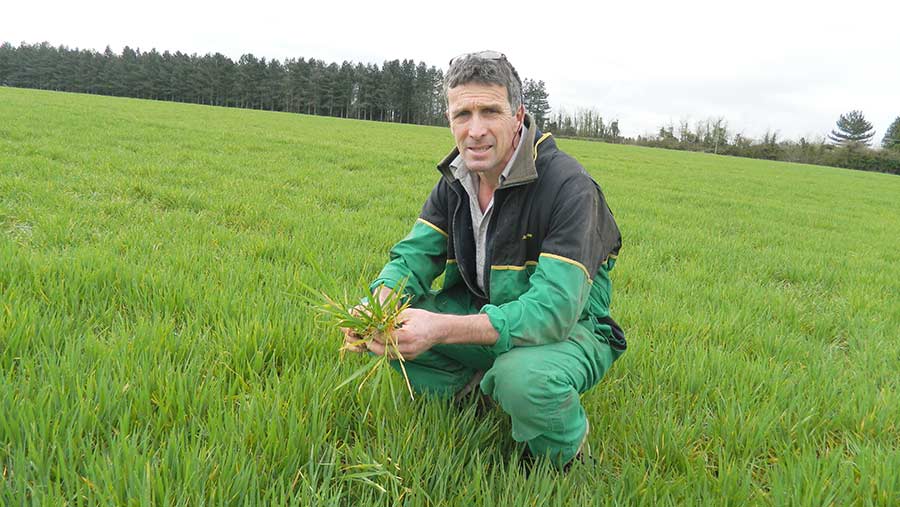 Big farming businesses may take a much bigger hit from a hard Brexit than smaller, owner-occupied farms, due to an increase in labour costs and a reduction in direct payments.

As Oxfordshire farm manager Julian Gold has calculated using AHDB’s Brexit impact assessment, such an outcome would turn the current £40,000 profit from his employers’ 750ha arable estate into a £175,000 loss.

With the help of AHDB’s knowledge exchange manager Philip Dolbear, Mr Gold has projected the effect of a soft, medium and hard Brexit on the business, comparing it to actual farm performance for the past three years, as well as considering ways to soften the blow.

Soft – Pillar I and Pillar II payments are retained and there is no restriction on migrant labour, but there are additional trading costs incurred by leaving the Single Market

Medium – Pillar I payments are removed and Pillar II payments are increased to 50% of the current total of both, migrant labour is restricted to 50% of current levels for regular labour (hence 50% rise in costs), the costs of complying with regulations is reduced by 5% and the UK removes tariffs on all imports

Hard – Pillar I payments are removed and Pillar II payments increased to 25% of the total current support, migrant labour is restricted to 50%. All trade takes place with WTO tariffs

His figures are more extreme than the possibilities outlined by the AHDB framework, which is based on a smaller 200ha arable farm with some family labour.

“The bigger they are, the harder they fall,” he says. “Higher labour costs and loss of direct support look to be devastating for us.”

The levy board’s projected decrease of available labour leads to a 50% increase in labour costs. However, these additional costs may not come into being until a staff member has to be replaced.

Mr Gold points out that his figures assume that rents stay the same. “That won’t happen with a hard Brexit. There will be a catastrophic fall [in rental values].”

As AHDB’s Mr Dolbear explains, the impact assessment for most Brexit scenarios shows the sectors that are most reliant on Pillar I and II support as a proportion of their income.

“It is not intended to predict actual outcomes, but to look at the range of possibilities. In Julian’s case, the figures are shocking and show the vulnerabilities of the business to higher labour costs and a reduction in direct support,” he said.

The projections can be re-run when more information on policy decisions is forthcoming. In time, the AHDB hopes to have a model that levypayers can use to predict outcomes.

See also: Opinion: Why Dieter Helm is wrong on land prices after Brexit

“Policy is going to matter, but so too will business performance and structure,” notes Mr Dolbear.

“That’s why machinery sharing, investment in buildings and taking poorer-performing areas out of production may feature.”

So far, AHDB’s work shows that cereal producers are likely to see falls in values for oilseed rape and barley, due to loss of export potential, but a small increase in the value of wheat, in all three scenarios.

In contrast, sectors that produce commodities for which the UK has a substantial import requirement – such as pigs, dairy and horticulture – are expected to see income protected by higher domestic prices.

These variations are why a phased approach to the introduction of any new policy is being favoured by the NFU’s Brexit team.

“We need continuity and stability in the short term, so that a bold, ambitious outcome can be achieved in the longer term,” said the NFU.

Mr Gold has already drawn up both short and medium-term plans to prepare the Hendred Farm Partnership for Brexit.

Staffed by Julian and two full-time employees, there are also sheep and shoot enterprises to consider, along with 750ha of cereals grown in a five-year rotation.

In preparation, he has already stopped some stubble-to-stubble contract work, bringing the arable area down from 970ha, and reduced his workforce by not replacing one man.

For now, he intends to strive for technical excellence, as the highest-performing businesses are better protected in the AHDB projections.

“In the immediate future, I am planning for a glyphosate ban, will be introducing more stringent blackgrass controls and carrying out more on-farm trials.”

He also intends to keep his machinery for longer, invest in repairs and is keen to take advantage of future environmental payments, to offset the drop in Pillar I support.

Further ahead, Mr Gold is looking at how vertical integration and retailing could work for the farm – especially as the estate owns the village shop and the pub – rather than just producing commodities.

Intensification is also on his to-do list, possibly by adding a beef enterprise or renting out buildings, as he develops a sustainable system based on old-fashioned farming principles.

In addition, capital investment in grain and farm input storage is being considered, so that there is some protection against price volatility.