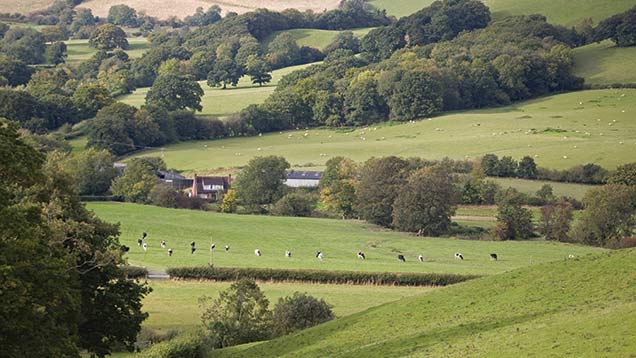 It is 20 years since the Agricultural Tenancies Act 1995 gave birth to what we now call farm business tenancies. So it is right to reflect on their existence, their successes and their shortcomings.

From a banker’s viewpoint, on the whole I think they have been successful.

Initially, many were worried that the flexibility FBTs brought, compared with what they replaced, was a potential downside. But the industry quickly adopted a number of formats – including review periods and terms of tenure – that have been widely used.

Land availability to rent or to buy and a focus on the short term – possibly at the expense of the long term – has led to a situation where terms are now shorter, typically five years. With that has come a criticism that the successful candidate has typically been the one who has offered the highest rent.

Having seen literally dozens of FBTs taken on and concluded, I would have to say that I have only seen a minority that have generated a recognisable cash surplus over a typical five-year term for the farmer.

However, FBTs have been useful in all aspects of today’s UK agriculture – for the out-and-out landlord with the out-and-out tenant, but also for the increasing number of land-owning farmers who use FBTs as a means of increasing the size of their farming business and land availability.

This has been a key success, though there are questions as to whether the FBT has given the right access to new entrants – so often deemed essential for the future of the industry.

The merits for a longer term such as 10 years include allowing the tenant time to establish and reap the rewards of his farming system, both from a practical agricultural and a financial viewpoint. Importantly, it also ensures the land or holding are maintained in the correct environmental state.

Rightly or wrongly, with the new post-2015 CAP rules, cropping patterns will now be extended to seven years or more and land is often not in the best state at the start of the tenancy. We hear so often of deficiencies in nutrient levels, pH and general matters of weed control, rotation and the like, that it is unusual to hit the ground running.

Some will argue that a longer term will give potential new entrants not only the chance to generate a margin after the initial years of investment, but also with that the stability to build a longer-term career in the industry.

The longer term has to be more advantageous, but the principle of both parties sitting down and taking into account the right time-frame in which to achieve the right return has to be the correct approach. There will be instances where this is over 10 years, but I also think that with this in place there will be less that are five years and shorter.

A statutory 10-year minimum term would make some on both sides of the equation question whether a minimum term was the correct approach for them. They might therefore choose a share farming or contract farming arrangement instead.

So once again, it is essential that there is a detailed and careful understanding of the expectations of the landlord on the one hand and the tenant on the other.

But there’s a lot more to that than the rent – it could involve a great deal more business planning, for example on capital projects that could be seen as a useful investment over such a term.

Buildings, drainage or irrigation could also become more widespread than seen at present in funding proposals (by landlords ? or are you saying that tenants may pay lower than what might be considered a ‘market’ rent but invest in the land during their term?) .

I want to see the obvious strengths of this legislation taken and enhanced for the wider good of the sector, for a more sustainable and viable farming industry for both landlord and tenant.

Is it perfect? – no, but I think that working relationships between landlords and tenants are generally stronger than they have been.  There is a lot more to win than to lose in this process and there are bigger issues at play, including the viability of the industry itself.