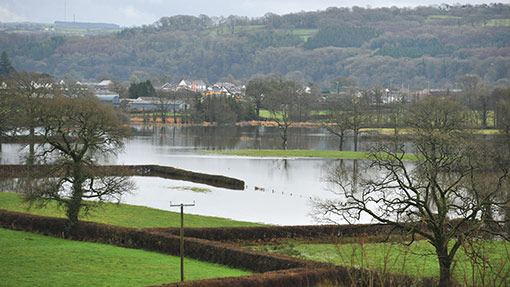 The NFU has urged the chancellor to help farmers deal with increasingly volatile weather by allowing them to retain profits in good years to act as a buffer against adverse weather and volatile markets.

Ahead of the chancellor’s Budget 2014 address on 19 March, the NFU also asked Mr Osborne to take measures that would encourage farmers to invest and meet domestic food demand. These included keeping the Annual Investment Allowance (AIA) at £250,000 and introducing an infrastructure investment allowance to deliver relief over 25 years.

“As George Eustice emphasised at the NFU Conference, there are huge opportunities for agriculture to grow, both at home and abroad,” said NFU president, Meurig Raymond.

“But we need the right systems in place to give the industry confidence to invest and deal with increasingly volatile weather when it happens.”

Mr Raymond also urged the chancellor to promote the rural economy in the government’s national infrastructure plan, by reducing flood risk and the time taken to roll out high-speed broadband. He also highlighted the plight of farms threatened by high speed rail project HS2.