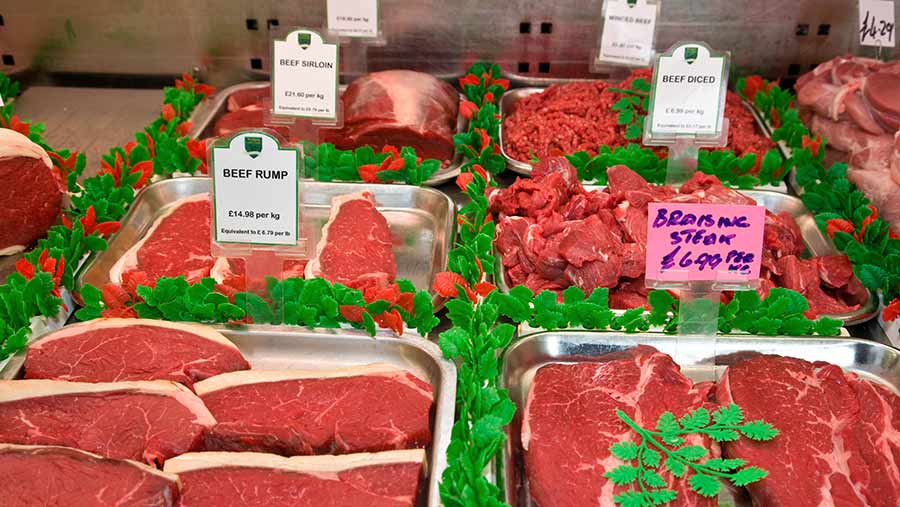 Producers’ share of the retail beef price is improving off the back of healthier cattle prices, but it is still below 50%.

The gap between what the producer and retailer get has narrowed in the past few months as beef prices have improved and retail prices have eased “modestly”, according to AHDB Beef & Lamb.

However, thing still have a way to go, as producers’ share is still below the five-year (2011-2015) average of 53%. Throughout 2016 farmers have been receiving a smaller share of the retail price compared with the same period last year.

“Despite the spread narrowing in the past three months and their share increasing, this position hasn’t changed,” said the levy board’s report.

Looking ahead, the levy board said an improved short-term outlook suggested the finished cattle market might continue to respond to tighter-than-expected supplies, lower imports and improved export opportunities because of a weaker pound.