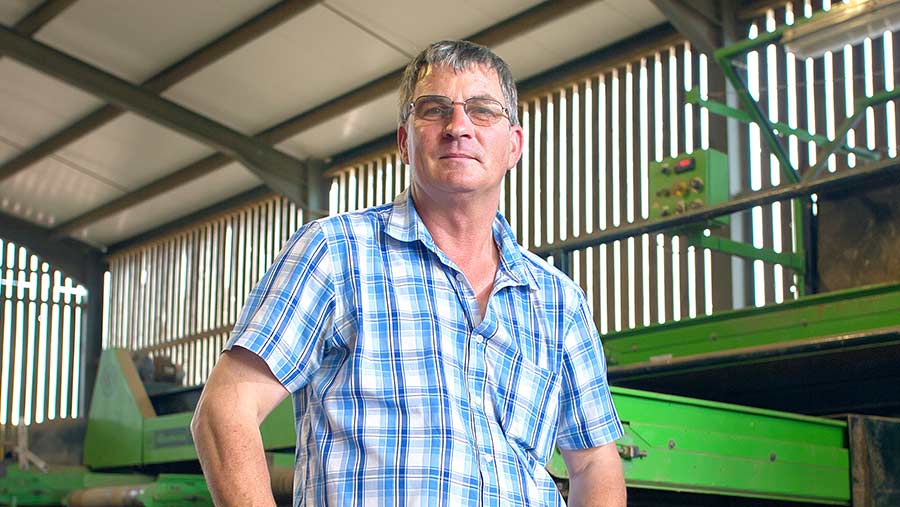 Richard Fox, multi-talented farmworker, has been crowned the Farmers Weekly Farmworker of the Year 2018.

This year’s winner is the quintessential farmworker, who goes about his plethora tasks with an unassuming air of modesty and relentless determination.

Richard Fox, or “Foxy” to his teammates, does just this across his 526ha mixed arable and livestock unit in the heart of Herefordshire. 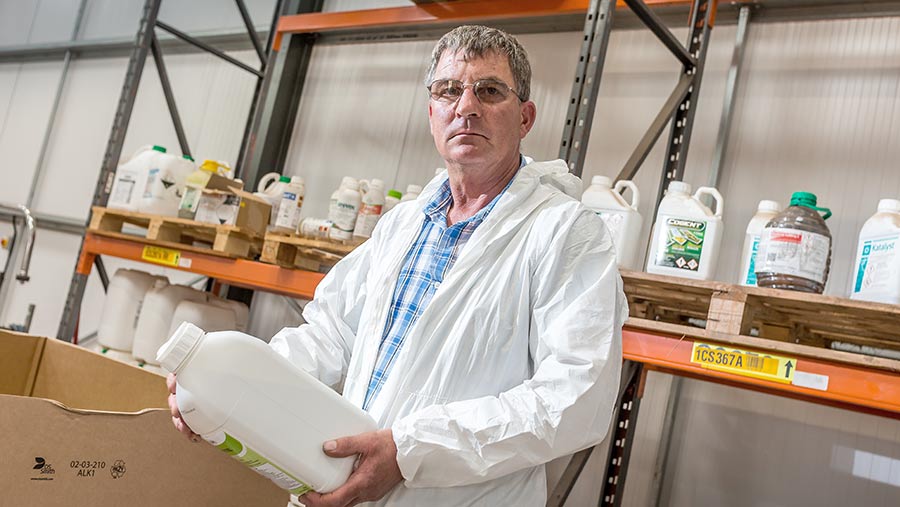 He is the linchpin of his farm’s five-person permanent team and the guy they call for assistance. He holds the complete trust of the farm’s owners and is the man left in charge when they are out of town.

“Richard is the calibre of farmworker that you have to look after and have to hold on to,” says farm owner Bill Smith.

After 17 years at Park Farm in Herefordshire, Richard has become ingrained in the very fabric of the enterprise and takes huge personal pride in achieving the highest business performance and standards.

Richard’s unassuming air betrays his forensic knowledge of each sector of the farm business, whether it be working with machinery, potato production and processing or the farm’s 150 Simmental cows and 30 heifers.

The farmworker is indispensable when the right kind of help is needed, according to Park Farm’s vet, Rowena Craig, who adds that Richard recently highlighted his skills during a caesarean section on a first-calving heifer.

“It was late at night after a long day on call and Richard happily scrubbed up and  helped me with what was an extremely difficult job – the calf was big and it’s presentation did not make the job an easy one,” said Ms Craig.

“Richard is always a willing and most capable assistant. He has a real affinity with the cattle and remains calm, but is strong yet gentle and at all times remains cheerful and positive,” she adds.

The farmworker has become the cornerstone behind the production of more than 200ha of potatoes, ensuring delivery of the best-quality product – 80% of which goes to frozen potato manufacturer McCain Foods.

Richard has extremely high standards – the farm’s “fight against blight” is one he takes personally. This drive for top quality contributed to the farm being crowned the McCain Southern Region Champion Grower in 2016.

This year’s competition winner regularly benchmarks the business’ performance against previous years. In 2017 the business achieved production bonuses from McCain for well-graded potatoes without blemishes on 80% of their deliveries. Richard is adamant the team will outdo that figure this year.

Outside of farming, Richard is heavily involved in the farm’s charity work.

Each year, the worker transforms storage sheds into a potato-box-chic ballroom to host his farm’s annual charity events, which have supported a local special needs school and the region’s air ambulance in recent years.

Richard sees his long-term future on the farm and hopes he will one day facilitate the transition between current farm owners Bill and Nicky and their son, Jack, who will inherit the business.

“I have a great working relationship with Jack and I hope we can work together and teach him some of the old while he brings plenty of new ideas to drive the business forwards,” says Richard.

“What stood out for me about Richard was the extent of his contribution and how deeply this positively affects so many areas of the business and also the rest of the farm team.”

Di Wastenage, dairy farmer and former Farmer of the Year