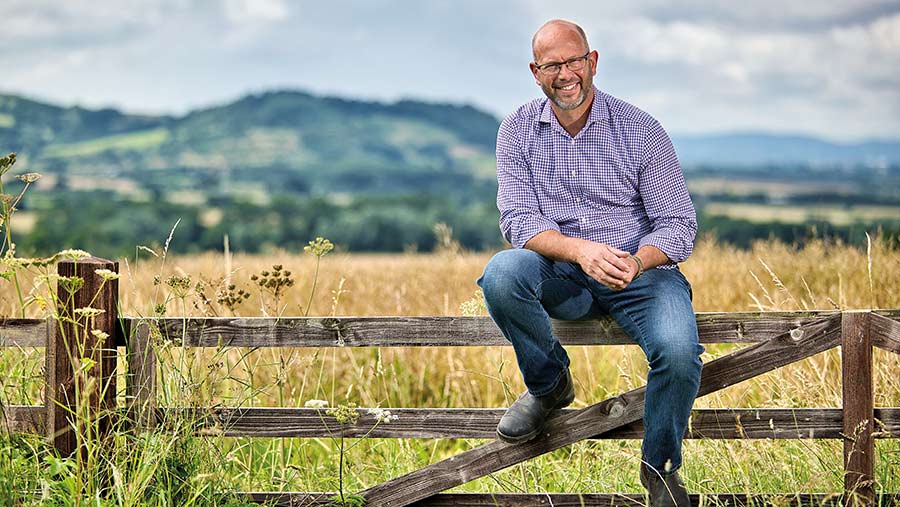 Increasing biodiversity across the entire Overbury Estate is Jake’s mission and there’s plenty of evidence to show  he is achieving it.

Alongside this, his regenerative farming approach is producing high-quality, profitable crops.

The farming enterprise now sequesters more carbon than it emits (-390t) and he has brought about marked improvements in soil organic matter and water infiltration as well as halting erosion.

The no-till system he has introduced includes extensive cover crops, part of an extended, diversified rotation which has also seen sheep brought on to the arable land.

Nitrogen use efficiency trials are helping to refine the fertiliser policy and cut overall use of manufactured products.

Overbury has been a Leaf demonstration farm since 2012 and stewardship agreements have been part of the plan for many years, increasing with a higher tier agreement starting in January this year.

Jake was also heavily involved in a project to restore 12ha of orchards and planted more than 500 fruit trees in a community scheme.

Wide-ranging role on and off farm

He has promoted many non-funded environmental measures, including rainwater harvesting, a reduction in water nitrate concentration through the estate’s water system, as well as working with and hosting farmer meetings in the Carrent catchment facilitation fund to enhance the wider landscape.

He works widely with neighbours and other local farming and volunteer groups. An ambassador for food and farming both within and outside the sector, Jake has a high profile on social media and holds many positions on farming and environmental bodies.

“Jake’s passion and innovative approach to increasing biodiversity in tandem with sustainable farming techniques has brought considerable environmental and business benefits at Overbury Estate. His enthusiastic community work, which included helping to restore orchards and plant more than 500 fruit trees, makes him a great ambassador and a deserving winner of this prestigious award.”
Darren Moorcroft, chief executive, Woodland Trust