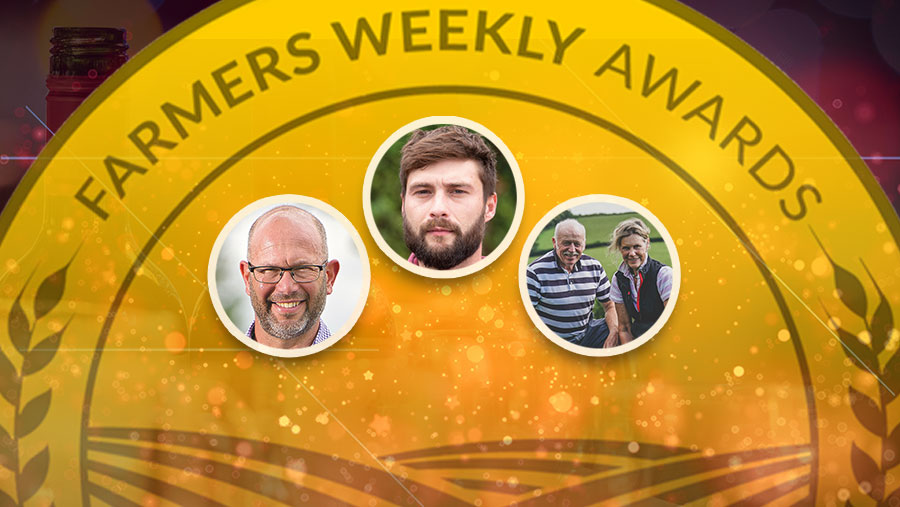 The winner of this award, chosen from the finalists in the other Awards categories, is the farmer judged to have made the most positive impact on the wider environment and the sustainability of their farming activities.

The judging panel considered the following points when selecting the finalists:

Diversification Farmer of the Year finalist 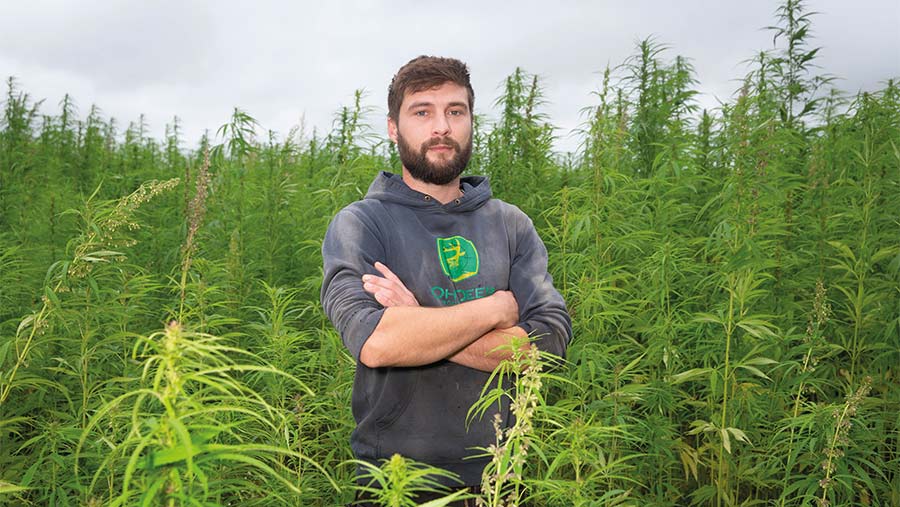 Warwickshire farmer Edward Burman only started growing hemp on his farm in 2019, but the intervening years have provided a solid blueprint for keeping the crop in the rotation.

The seed is cold-pressed and turned into cooking oil, with the high-protein by-product hand mixed and fed to the spring lambs.

Not only does this make the process zero waste, but it has also reduced bought-in feed costs considerably, saving about £5,000 in animal feeds so far.

Hemp has been integrated into the arable rotation, where it has replaced a chunk of oilseed rape and saved about £10,000 of expense on pesticides.

Hemp’s fast-growing nature – it can be knee- or even waist-high in a few weeks – means it easily outcompetes weeds, too.

Along with the financial savings, there has been a welcome return to some wildlife on the farm.

Deer have taken cover and had their young in the shelter of the tall hemp crops, while ground-nesting birds also use it as protection from predators. Stewardship margins around the hemp assist animal journeys to and from hedgerows and woodlands.

The crop is late flowering, which provides much-needed pollen for bees – housed in strategically placed hives around the farm – when other native species have stopped flowering.

“Growing hemp has allowed Edward to attract species of deer back to the farm that hadn’t been seen for decades. The summer ground cover, late flowering and cost savings have dovetailed neatly with the existing farm system.”

Farm Manager of the Year finalist 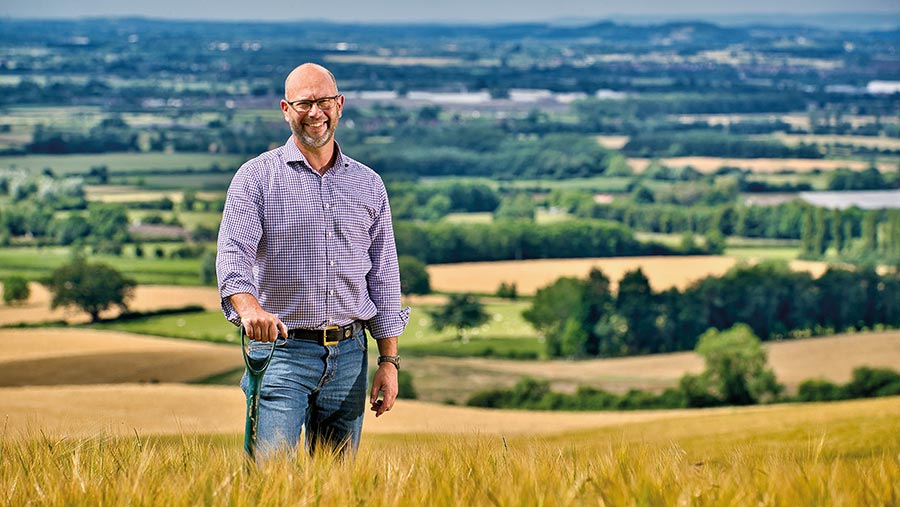 The soil enhancements and cost savings through Jake’s adoption of regenerative practices are impressive. However, he clearly identifies increasing biodiversity as his most important target.

The results here are impressive, too – there’s plenty of evidence of improvements since 2004 in farmland bird numbers, wildflowers and grass species on the 1,600ha he manages.

The financial resilience and environmental benefits of his approach mean lower greenhouse gas emissions while maintaining yields on lower inputs.

The farm is now carbon negative, water infiltration has increased and soil erosion halted, with a no-till system using extensive cover crops alongside a longer, more diverse rotation, including sheep.

No insecticides are used in the arable rotation, raising insect and bird populations, while extensive tissue testing has largely eliminated seed dressings.

Organic matter on the three main soils has been raised by up to two percentage points and now ranges between 4.5% and 5.5%.

Some measures, such as Higher Tier Countryside Stewardship, are funded. Others are not but are undertaken on Jake’s initiative, including barn owl, kestrel and other bird boxes, rainwater harvesting and hedgerow management to increase volume for carbon capture and habitat enhancement.

Curlew nesting is encouraged by leaving some grazing meadows uncut and extensive work is undertaken with neighbours, local volunteers and farmer groups to conserve and enhance the wider environment.

Overbury has been a Leaf demonstration farm since 2012 and Jake takes every opportunity to promote his approach in many public-facing roles, including through his very informative and well-regarded social media presence.

“Jake is absolutely outstanding in this area, he is doing some brilliant work and taking a fascinating and important approach to sustainable farming on more marginal land, with results to show the difference he is making.”

Grassland Manager of the Year finalists 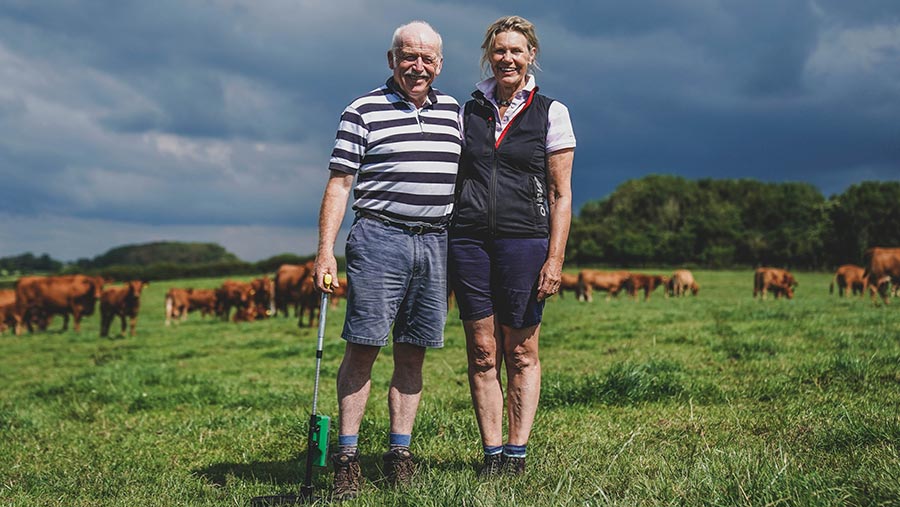 Bill and Suzanne Harper are committed to building soil fertility, organic matter and structure on their beef and sheep farm. Their aim is to sustain good grass growth and produce meat from grass with less fertiliser.

They are three years into a Mid Tier Countryside Stewardship agreement, with arable reversion, low-input grassland, and permanent pasture alongside the River Tamar, managed under the scheme’s lenient grazing option.

Building on the foundations of regenerative agriculture, Bill and Suzanne have developed their own set of nine principles of sustainable livestock farming.

These include introducing more diverse species when reseeding or overseeding, taking a diagnostic approach to animal health, and keeping their cattle out of watercourses to avoid poaching and pollution.

A sward-lifter aerates the pastures, stimulating grass growth and reducing the need for applied fertiliser.

New to the farm this year is using the bokashi fermenting process for farmyard manure. Nutrients are retained in this anaerobic process, no turning of muck is needed, and no harmful emissions are produced.

Hedges are fenced to protect them from overgrazing and are cut every two to three years. They provide a rich network of habitats as well as shelter and shade for livestock. Seven ponds have been restored and 3,500 trees have been planted in the past five years.

“Bill and Suzanne have adopted a holistic approach to farming and conservation with enthusiasm and a willingness to adopt new techniques. They are improving soil health to sustain good grass growth and produce meat using less fertiliser.”

The Farmers Weekly 2021 Environmental Champion of the Year is sponsored by Woodland Trust.

“At the Woodland Trust, we recognise the significant role farmers play in shaping the future of our environment. We’re proud to be working together with farmers to unlock the benefits trees provide – for business, wildlife and future generations,” Darren Moorcroft, chief executive, Woodland Trust