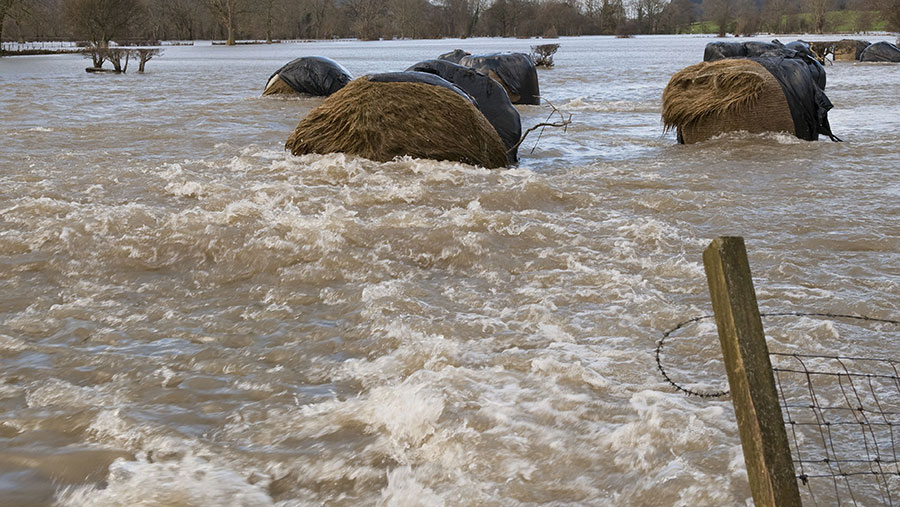 Farmers in Northern Ireland affected by serious flash floods on 22 August have been advised to contact the authorities in order to safeguard their payments under the Basic Payment Scheme (BPS).

Many farmers in the north-west of Northern Ireland suffered catastrophic livestock losses and damage to crops and property after torrential rain fell in the area.

The Department for Agriculture, Environment and Rural Affairs (Daera) said if the flood damage is going to affect a farmers’ ability to carry out the agricultural activity they claimed for on their May 2017 single application form, then they can submit a force majeure application.

Each case will be judged on an individual basis and against their own particular circumstances.

However, if claimants can prove that despite all reasonable efforts the flood damage will prevent them from meeting their BPS obligations then they should avoid BPS payment penalties.

The application must be made within 25 days of the flood.

Miles of fencing has also been washed away, with arable fields that had been cultivated ready for drilling stripped of their top soil.

One of the biggest losses was recorded by poultry processer Moy Park, which confirmed it had lost 55,000 adult birds based on two farms in County Tyrone.

The Met Office said that 63% of the average rainfall for August came down in about nine hours.