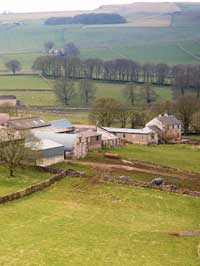 The range of rents for Farm Business Tenancies is growing and this type of tenancy is increasingly being chosen in preference to contract farming agreements, according to Savills.

Sixty-one percent of arable FBT rents including potato and vegetable land were at more than £100/acre with the range going up to £500/acre.

Many factors influence the widening range of rents: proximity to the core holding and the quality of drainage played an increasing role in growers’ scrutiny of land for rent against a background of high input costs, commodity price volatility and the disastrous recent weather conditions.

In this context Savills does not expect settled rents for 2013 to be as high as the 33% 12-month average increases recorded during 2012.

“There is a growing appetite for taking on extra farmland on a FBT, as opposed to a contract farming, arrangement,” said Johnny Dudgeon, director of Savills rural estate management.

The best relationships were forged when landlord and tenant worked together with sustainability in mind so that the land was kept in good heart, for example maintaining P and K indicies, said Mr Dudgeon.

“If current market conditions continue I suspect we shall see more FBTs agreed on a three- to five-year term with shorter time periods between reviews and break clauses.”

This would allow rents to react more readily to the volatility of input and output prices.

Mr Dudgeon also said that there should not be a disparity between tender rents and review rents – both should be at market rates but key money was factor in tender rents.

* NFU president Peter Kendall recently called for a longer-term view for land management and for a stop to frequent tendering of land for rent.

Talking at the RICS National Rural Conference in Cirencester (20 June), Mr Kendall said the “short-term winner-takes-all tendering” mentality did not encourage or enable farmers to invest in a diverse farming business.

“Investment is vitally important in buildings, infrastructure and renewables to be able to take opportunities and most important of all they [farmers] must be able to invest back into the land to maintain soil fertility,” he said.

“To meet this challenge, it will only be possible if we get away from the re-tendering of land every two years to the highest bidder.